If you've just heard of the cryptoexchange business model, you might think you're in for a gold rush. While everyone is trying to get rich with crypto-trading, you might think of providing the infrastructure. As the motto goes:

"During a gold rush, sell shovels."

You might have heard of Binance's amazing accomplishment of becoming a unicorn ($1bn+ valuation) in under 6 months. The fastest rise to profitable unicorn status of any company in history. From obscurity to a well-known name around the world in a number of months. These are metrics any entrepreneur would envy.

Even recently, Bitcoin set 24-hour trading volume highs of $44 billion. Bitcoin is just one out of thousands of tradeable coins and tokens. The logic for a cryptoexchange goes: If we capture even just an infinitesimal fraction of that volume, we'll make huge profits off trading fees. If you want to be competitive with Binance, and offer 0.1% trading fees, 100% market capture would mean 44 million dollars in revenue in 1 peak day for bitcoin alone. Now, let's say you're aiming your sights much lower, at a (still respectable) 0.001% of market capture: You'd still make over $4,400 on a peak day, for doing very little work at all.

If you believe the CoinMarketCap numbers, average daily exchange volume in total is around $55 billion, so it's even greater than the numbers we played with above.

If that's all the research you do (hint: you should go a lot further), you'd be convinced that starting a cryptoexchange is a genius model, and you need to get in now.

So, you figure out how to actually build a crypto-exchange. You Google "cryptoexchange white label" and find that there are many turn-key solutions already out there. You do some shopping and find one for $25,000. 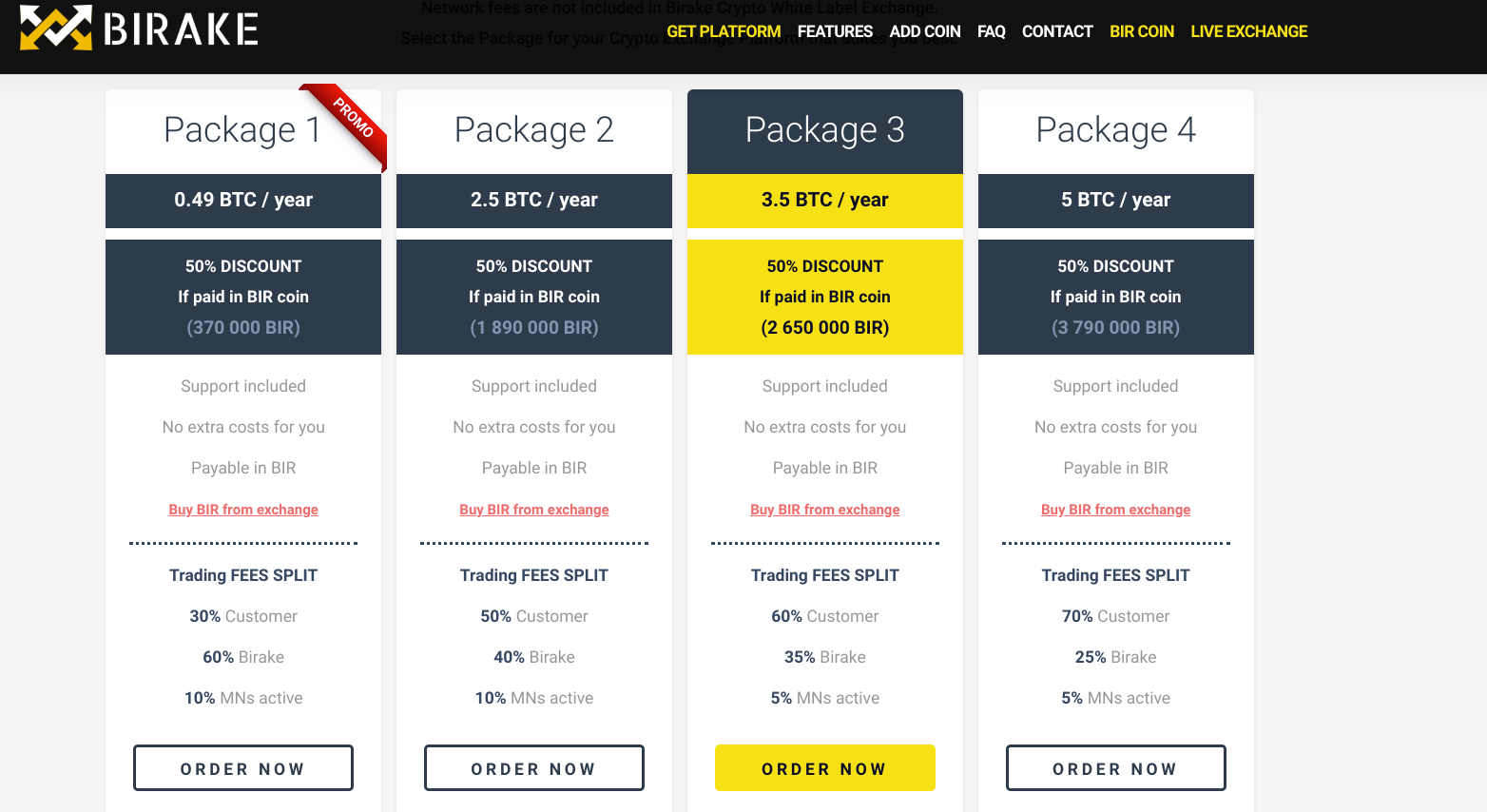 If you're like the average crypto-exchange out there, this was probably the extent of your thinking, because there are 273 nearly-identical crypto-exchanges on the market (that's why we set the 0.001% number earlier). The last time I checked that link, it was at 255, so people are still churning out crypto-exchanges like there's no tomorrow.

But that's where the first major problem starts: A massive over-supply of crypto-exchanges, combined with waning demand. The only reason to create a startup is that you've spotted an unmet market need, but the need for cryptoexchanges is met with one-tenth or even one-one-hundredth of the number of exchanges out there now.

It'd be like starting a Starbucks, in a mall built by Starbucks, surrounded by other Starbucks'.

If you're a crypto die-hard and your brain is as clogged as the Bitcoin network, then you might say: "But there's so much demand for crypto, there's still room for me!"

Here's another problem: The demand is no where near the reported numbers. As discussed in a Bitwise report to the SEC, the true Average Daily Volume of all cryptoexchanges is $273 million, not even close to the official CMC numbers. Less than 10 exchanges have real volume.

Exchanges artificially inflate their volume numbers in order to be ranked higher, and therefore be able to ask more for listing fees. Now let's crunch the previous numbers again: Instead of $4,400 on a peak day, you can expect... $27.

However, those twenty seven dollars come with massive risk. First off, almost all "utility tokens" are actually deemed securities, so it's virtually impossible to run a legal utility token exchange in many jurisdictions without shelling out millions. A utility token can be sent to anyone, anywhere, such as a 15-year-old terrorist in Syria. You can violate every securities law at once!

Would you risk getting caught running a global criminal organization for $27 a day? Also, if you don't want to get hacked because your white-label exchange was built by a team of interns in India, you'll need to shell out a lot more - closer to $300,000 for a "high quality" exchange.

Besides the cost for the exchange, you have two large additional daily costs: KYC and liquidity. To be even in a legal grey-area, as opposed to clearly criminal, you need to do KYC/AML checks on investors. Even the cheapest KYC checks run around $2 per check. For liquidity, the numbers are bit trickier to find, but let's say you're paying a flat-rate of $10,000 per month.

You've already given up your dreams of reaching anywhere near the likes of Binance, but to give the appearance that you're not dead already, you'll probably want at least 5,000 users per month (Binance has millions). Just for KYC and liquidity, you'll be losing around $20,000 per month. If you want a payroll for yourself, customer support, and some social media people, let's make it $50,000 per month, on-top of your accrued $300,000 in debt.

Even if your wildest dreams come true, you won't be at the level of the top cryptoexchanges (the only one's with volume) unless, well, you're at their level technically, socially, and in terms of market positioning.

If you're already at this stage, you're probably scraping to break-even and not get arrested. In conclusion, it's not exactly the kind of business you want to be dreaming about.