1/ You had 63.1% more chances of making more money by investing in the S&P in 2019 than investing in Bitcoin in any random day

I am a big supporter of cryptocurrencies (especially the ones that are programmable) but I am an even bigger fan of data-driven decisions.

I keep reading online how investing in Bitcoin yielded better returns in 2019 than investing in the S&P 500 and I knew immediately that something was fishy as the stock market had a great year.

We are going to explore what would have happened if you had placed a trade on a random day and had held on to it until the end of the year. We will be using the SPY ETF to track the S&P 500 and BTC to track Bitcoin.

Let me start with a “shock graph”.

Red tiles indicate the days on which if you had invested in Bitcoin, your investment would have been down more than 50% (i.e. a $10K investment had lost at least $5K in value) by the end of the year.

For comparison, buying the S&P 500 at a random time and holding it until the end of the year, the maximum you could have lost was 0.33%.

This is because Bitcoin was losing money for more than half of 2019. 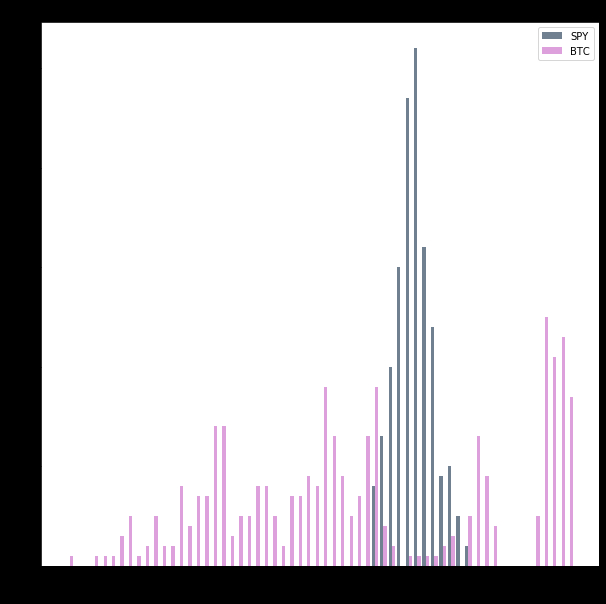 Not only investing in S&P 500 was a safer choice in 2019, but there was a 60% chance of losing money if you had invested in Bitcoin.

In the histogram, we can see that the majority of the Bitcoin trades you could have made would have resulted in losing money by the end of 2019. The worst-case scenario is an 82% loss of value for Bitcoin.

For comparison, the chances of losing money with this buy and hold strategy were not only very slim but the risk was losing just 0.33% of your portfolio. Buying the S&P 500 at a random time during 2019, had more than 60% of making you more money than Bitcoin.

Another interesting trivia is the performance difference of these assets (assuming that you bought both of them on the same dates). We can see that the opportunity cost of buying Bitcoin instead of SPY is huge. 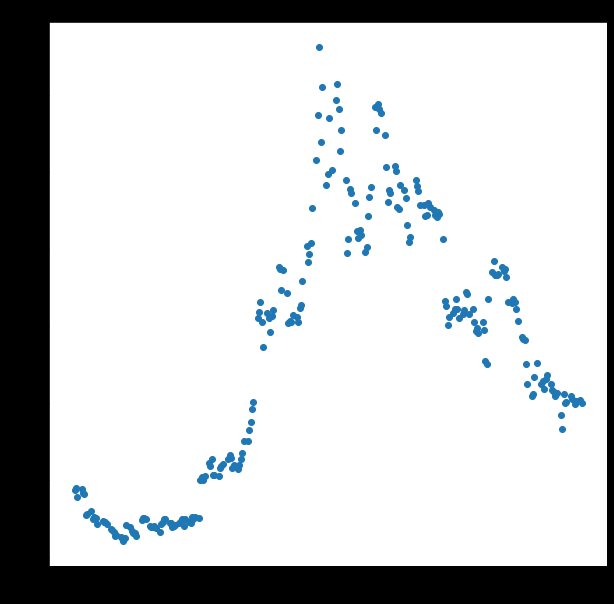 The magic word here is “luck”.

But you could have double your money with Bitcoin!

If you were of the lucky ones that bought and sold at the perfect time then yes, you would have doubled your money. Otherwise, you had a 60% chance of actually losing money.

1/ You had a very small chance of doubling your money

Want to get more of this content right in your inbox? Sign up for our newsletter and be part of the AgentRisk Community! We love creating tools and content for DYI investors to help manage their portfolios and make informed decisions about their investments.