Does Your App Need Cryptocurrency Payments? 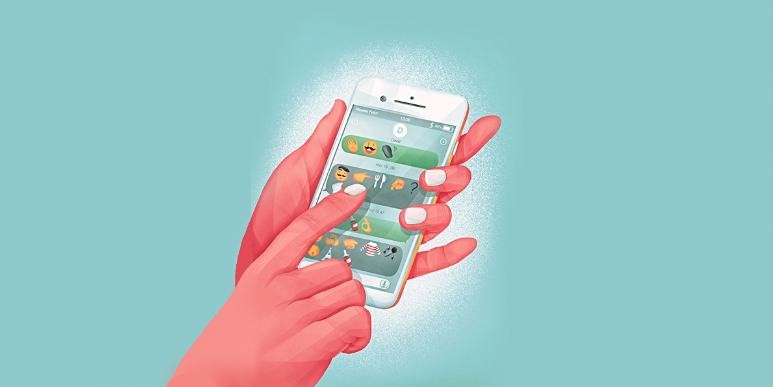 It isn’t uncommon for the total trading volume of all cryptocurrencies to easily hit 20 billion USD, and the world is struggling to create ways for this money to be spent outside of exchanges. While the methods of spending cryptocurrencies is certainly growing with physical stores, websites, and the like, there is one major market that has yet to heavily integrate cryptocurrencies is the mobile app market. For customers purchasing premium digital apps, ingame items, and other digital content, the process isn’t much different regardless of if they are spending BTC or USD. For the modern app developer it should be easy to see that accepting blockchain payments not only adds more security but it can heavily increase their revenue by capitalizing on the current (and future) bottleneck of cryptocurrency payment avenues.

If you are an app developer who is ready to explore a new lucrative avenue (which accrued around $60 billion in fiat currencies during 2017) then you’ll certainly want to read our five key reasons as to why you’ll want to accept cryptocurrency payments. We’ll also debunk some of the common myths and problems that create a negative stigma, and provide you with easy, ready-to-use solutions that will enable your app to accept cryptocurrencies with little effort and time.

Digging Into the Details

There are certainly more than five reasons why you should be integrating cryptocurrency payments into your app, but we know that this can be a complex topic so we are here to distill all the available information into easily digestible sections for you.

Traditional digital payments are packed full of middlemen, long waiting periods, and high fees. Those things aside though, the biggest drawback of credit card payments is the way they function. A credit card is a pull transaction, meaning that you use specific data provided by the credit card holder to pull from their credit line, instead of them giving you the payment directly. Because it is a one-way transaction, the user has the option to dispute the transaction, leading to a costly chargeback that can severely eat into your profits. Sometimes these can happen even if the user originally agreed to the purchase but later changed their mind. This lack of chargeback is certainly more friendly to the app developer than the consumer, and there are ways that the developer can provide refunds in fiat and cryptocurrencies if they want to resolve an issue with a customer.

When paying with cryptocurrencies, however, the transaction is pushed instead of pulled, meaning that the customer decides how much money to send and the business declares how much they will accept for the transaction. This mutual agreement prevents chargebacks since both parties had to mutually agree to this irreversible transaction before it could take place. An additional bonus of removing credit cards from the equation is that you automatically eliminate the need for sensitive user data.

Processing sensitive user data, such as credit cards, is expensive since you have to ensure that you have the appropriate security protocols in place and pay third-party merchants to process the transaction. Users are far less likely to input their credit card data if your app isn’t well known, just as they’d be less likely to spend money on a website they have never heard of. However, when given the option to still process the transaction without having to give up their data they may feel far more inclined. If a credit card transaction is intercepted by a third party, that credit card data can be used for unauthorized transactions. But intercepting a blockchain transaction is useless since no private data is being shared (and it is broadcast publicly on the blockchain anyway). Relying on cryptocurrency payments through a processor like CoinPayments instead of credit cards allow users to send money without worrying where their data may end up. And on the developers side of the equation, it allows for far more security with much less work.

For apps that process payments and provide in-app rewards based on those payments, app security is a huge issue to deal with. From users who want to create fraudulent transactions in order to benefit from in-app bonuses to hackers destroying databases, there are many ways that your in-app purchases can go awry.

Switching your in-app purchase verification over to a blockchain, however, can help keep your databases in order and ensure that only users who have validated their payments receive the bonuses they are entitled to. On top of that, if the developers use something like the OPEN Platform, they won’t even have to learn how to code blockchains to ensure that their app has the strongest security a decentralized approach can offer.

Imagine you sell an in-app item to someone in Germany for $1. Great, right? Now you just pay the 3–5% credit card fees, the international currency exchange fees (depending on international exchange rates), and the app store fees (30% on Apple), and your $1 suddenly turns into less than $0.60 — not to mention your money may be held in escrow for a short while and you are limited to which markets you can sell to. By removing traditional payment systems from the equation you can earn a lot more money because you will be paying fees of around 5% instead of 30+%, and it won’t matter what country you are selling in since cryptocurrencies are digital and know no border. Apple’s App Store forces prices in locations, all roughly based on USD, which can force developers to choose between setting their prices too low or too high.

Cryptocurrencies are popular right now, and they are only increasing in popularity as time goes on. From ICO investing to BTC purchases, and even spending cryptocurrencies at brick and mortar businesses, cryptocurrency and blockchain technology are clearly more than a hype or a bubble about to burst. Popular websites like Overstock, Newegg, and CheapAir all accept Bitcoin and a few other cryptocurrencies, and an apartment building in Dubai even sold all of their apartments through Bitcoin. Integrating blockchain technology and accepting cryptocurrencies through your app now can save you a lot of headache later when your customers are using different apps because yours won’t accept their digital currencies. The easiest way to avoid this? Start working now to bring your app into the decentralized age of technology.

A Helping Hand on the Path of Cryptocurrency Inclusion

It is no secret that learning a programming language takes time and commitment, and hiring someone can be very expensive depending on how long you need them to work for you. Along those lines, many app developers fear incorporating blockchain technology, specifically accepting payments from cryptocurrencies, into their apps because they don’t know Solidity or the other programming languages associated with crypto. Luckily, depending on the needs and desires of your business it can be quite simple to hop on the bandwagon and start accepting cryptocurrencies sooner than may you think. For regular businesses and some apps, both CoinPayments and Coinbase Commerce are simple solutions to begin accepting cryptocurrency; they share similar functions so we will only focus on CoinPayments.

CoinPayments is primarily a medium that allows customers and businesses to send and receive cryptocurrency payments in over 480 different coins. Although CoinPayments lacks direct app integration, it is still possible for a developer to use the service with their app — they will just have to do a bit more work. With fees as low as 0.5% CoinPayments is a very attractive alternative, and along with included Shopify integration, automatic fiat settlements, and a plethora of merchant tools (such as customizable buttons, instant payment verification through APIs, and a prebuilt POS interface), app developers and business owners alike should heavily consider what this company has to offer. Since this service is intended for business owners with digital and physical stores, app developers will have to do quite a bit of extra work to successfully utilize it:

Even with these extra obstacles, paying only 0.5% in fees is extremely attractive and many developers will find these extra tasks to be a manageable inconvenience to earning more money from their app. For the developers who do not feel comfortable venturing too far into the land of personally managing databases and actively monitoring customer needs, there is another option.

The far more immersive and encapsulating option is to use the OPEN platform to satisfy all your needs when it comes to cryptocurrency app integration. OPEN is a blockchain based developer platform that is based around providing payment infrastructure for app developers — essentially OPEN is a simplified way for app developers to blend their app’s payment and processing systems with blockchain technology without having knowledge of blockchain programming languages. The five main things that OPEN enables developers to do are:

Accepting cryptocurrency payments is a splendid idea, but if the app is still being hosted through traditional app stores, then the developers are still expected to pay upwards of 30% for every transaction. OPEN enables developers to replace the functions of an app store with their own networks for a 1-3% fee, essentially tracking which users have downloaded their apps, what they’ve purchased in the app, and what they should have access to.

Knowing this information is the beginning of your journey as an app developer entering into the world of accepting cryptocurrencies — a journey that could lead to far greater earnings and app security. There are more people using iPhone and Android now than at anytime in the past, and app store sales are increasing every year, indicating that the general populace is becoming more and more interested in spending money on digital content. People want to spend their cryptocurrency, do you want your app to be able to accept it?