Django vs Laravel: An In-Depth Comparison 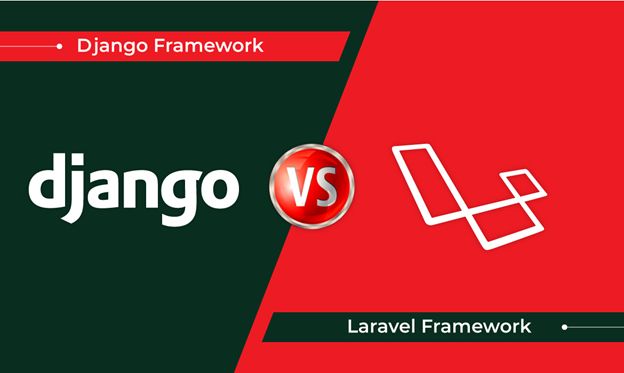 Ankush Singla is a co-founder at Coding Ninjas and he specialized in Programming, Data & Development

The “behind-the-scenes'' technology or popularly known as backend technology has evolved faster in recent years. From the days back in 1994 when PHP first emerged to process HTML dynamically, to today where we have dozens of programming languages, frameworks, and technologies to add dynamic and even real-time content to our websites and applications. The backend technologies have the latest frameworks that enable Rapid Application Development (RAD).

The global developer community is expected to reach 28.7 million people by 2024. The choice of programming languages and framework preferences has had a great tussle in the developer community. Django and Laravel are the two most popular backend frameworks. Both have strong community supports and following. Both frameworks are highly in demand among the top companies.

These statistics reveal a lot about the popularity of these frameworks since StackOverflow is the one-stop for all levels of developers. It is also one of the most used sites among the developer community. 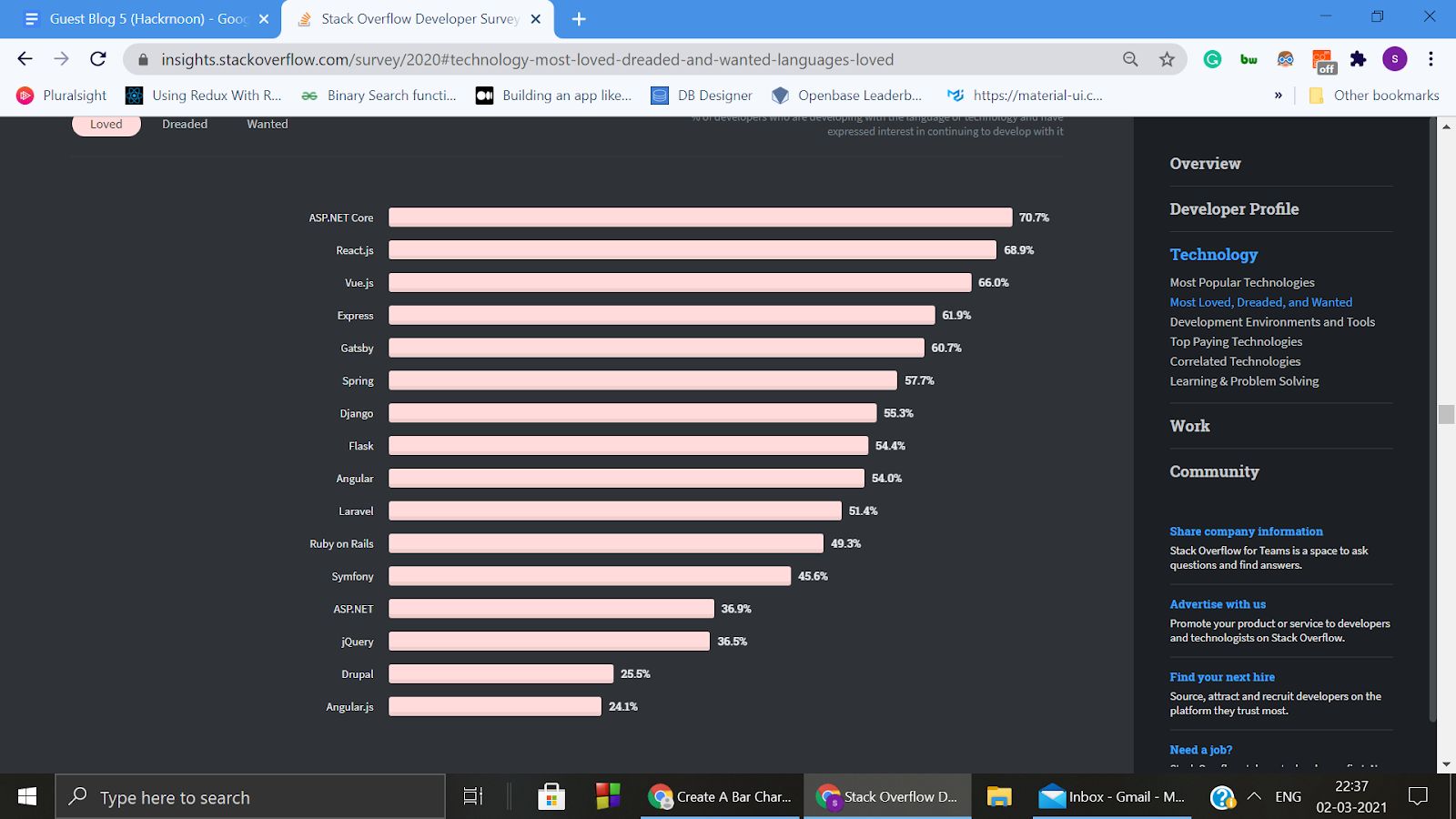 Let’s dive deeper and discover more about both of these frameworks.

What is Backend Development?

A dynamic web application consists of two components - the frontend and the backend. The frontend is all the appealing website design(UI) and the interaction(UX). It is built using HTML, CSS and JavaScript. Today’s advanced web technology has trending front-end frameworks. These frameworks help in building maintainable, modular, complex, and standalone user interfaces. The popular frontend frameworks are React, Vue and Angular.

The “behind-the-scenes'' technology or the backend is the powerhouse of the application. It adds dynamic content, utilises APIs and connects to the database. The popular backend frameworks are Laravel, Django, Express, and Flask.

Backend is the backbone of any software. It brings together everything like glue and empowers you with the power of data. The popular programming languages used for programming the backend are Java, Python, PHP, Ruby, JavaScript, and .Net. The backend is responsible for interacting with a database, creating libraries, writing APIs, and handling all the business logic and architecture stuff. In the modern days, you don’t write code from scratch for industry-level software in notepad. You have got tools to enhance your developer’s experience and frameworks to enhance your coding experience.

Django vs Laravel: Where Do they Fit in the Software Development Map?

Django is a high-level python based web framework. It is a free and open-source framework and supports the MVT (Model-View-Template) architecture for its development. The framework is heavy-weight in its league. A major portion of the boilerplate comes along filled by the developer code. It gives lesser flexibility for the developer and the ready boilerplate gives you the power of rapid software development that is secure and reliable.

Some of the popular companies using Django in their tech stack are Pinterest, Instagram, Accenture, Spotify, Dropbox, and Coding Ninjas.

Django has Django Packages, a directory of reusable apps, sites, tools, and more for Django projects. These projects are third-party packages and libraries to leverage your development. You have a variety of packages for admin, analytics, API creation, CMS, caching, captcha and so many more features.

PHP is one of the most common languages used for web development. Even today, with so many competitor languages already gaining popularity, According to W3Tech, PHP is used by 78.9% of websites for their backend. Laravel is built on the philosophy (as the website says), “freeing you to create without sweating the small things”.

Scaling is incredible with Laravel with a distributed cache system like Redis. It is one of the preferred frameworks to handle enterprise workload.

Some of the popular companies using Laravel are Pfizer, BBC, Ratio, Crowdeube, Pedidosya, and About you.

Laravel has its own ecosystem tools to integrate into the projects. There is support for real-time events - Echo, micro-framework - Lumen, local docker environment - Sail, OAuth - Socialite, Debug assistant -  Telescope, and many more.

Django vs Laravel: From Architecture to Github Stats

The programming language used in Django is Python. Python has recently gained popularity for its versatile nature. Python has a simple syntax. It is an object-oriented language.

The programming language used in Laravel is PHP. It is a popular choice for web backend development language.

Django supports MVT(Model-View-Templates) architecture pattern. It is a software design pattern that segregates the software into a model, view, and template. The template is the user interface, the view handles the business logic. The model is for the database and controls the rendering of templates.

MVC(Model-View-Controller) architecture pattern supported by Laravel. It is commonly used for GUI-based applications. The model deals with the database. The view is for the user interface. The controller is responsible to handle inputs, manipulating data, and updating the view.

It is easy to test and debug in Django with a variety of available tools. You can use “The test client” to write tests for your view part of the application. You will have to use django.test class to retrieve your web pages.

An example of a typical test in Django

In Laravel, testing is done on two different levels namely - unit test and feature test. Testing can be complex and difficult at first.

The supported database for Django are:

Support for other databases can be added using third-party packages and libraries.

The supported databases for Laravel are:

The scalability is easier to achieve with the feature support of CDN and cloud solutions in Django. Laravel applications can achieve massive horizontal scaling.

The Django code might seem overwhelming at the beginning. It uses the regular expression for the routing process, which is complex for beginners. You can also use third-party toolkits such as Django Rest Framework for better routing services.

Laravel has simplified code and is readable. The routing code is simple and intuitive. The grouping feature in Laravel allows you to code efficiently for many pages that require a common logic.

The code for routes in Laravel uses a group feature to allow only authenticated users to access the pages. Ref Link

Django has 23k GitHub watchers and 55k GitHub stars. Laravel, on the other hand, stands with more than 250k questions tagged on StackOverflow.

It has a contributor community of more than 500 contributors. It has 63.5k GitHub stars and a million websites registered using Laravel. 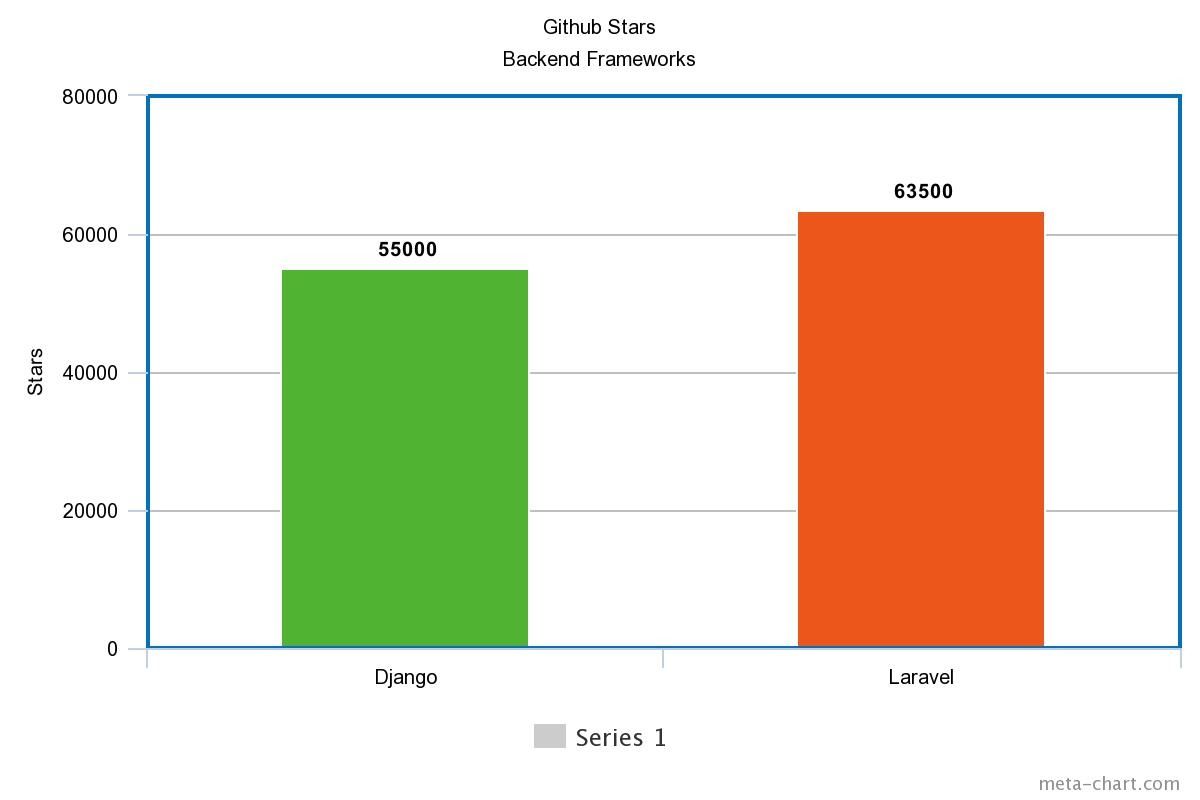 The decision between Django vs Laravel can be made easier by considering all the factors mentioned above.

Both frameworks have their utilities and features, you can choose any one of them based on your use. If you are building microservices with ML integration, you might want to choose Django. If you are building interactive SEO-friendly websites with dynamic content you should probably go with Laravel.

The choice also depends on the availability of developers and community support of the framework. In my opinion as a beginner, Django can be overwhelming. Laravel provides more flexibility and is intuitive for beginners.

You can get started with Laravel quickly and build amazing web applications.