The main idea behind digital assets is decentralization but major players are centralized.

Decentralization is one of the main reasons why cryptocurrencies became popular in the first place. It makes avoiding intermediaries possible and increases trust between two parties even if they want to keep their anonymity. And while decentralization can make blockchain the “trust machine”, main players of the whole crypto industry — crypto exchanges — are centralized.

Not only this fact is quite ironic, but it also leads to major problems. Centralized crypto exchanges are in many ways no different from traditional exchanges and banks that Blockchain is trying to disrupt. Whatever amount of cryptocurrencies a user holds on an exchange actually belongs to an exchange per se, and if anything, from hacker attacks and/or technical difficulties, happens — a user can lose all of his holdings.

Biggest exchanges themselves start to understand the irony of the situation and are making steps towards decentralized solutions. Let’s see the historical perspectives and what are the reasons for current trends by analyzing the examples of the top exchanges.

The first one — Mt.Gox — was created back in 2010, a year after the Bitcoin was born. It allowed a quick exchange between the participants, it was convenient for most users and it provided sufficient liquidity. Centralization also made an implementation of advanced trading tools possible. Today, daily trading volumes of biggest centralized exchanges, like Huobi, Kraken, and Binance, reach hundreds of millions of dollars in the largest crypto exchanges.

4 years after the creation of the Mt.Gox, however, the crypto industry could see the danger of such exchanges in color. In February 2014, hackers raided Mt. Gox and stole 744,408 bitcoins belonging to customers, as well as an additional 100,000 bitcoins belonging to the company itself. Mt. Gox filed for bankruptcy in Japan, and in the US two weeks later.

This was one of the first illustrations of why centralized solutions have significant drawbacks. First of all, the possible hacking of the exchange with the subsequent irretrievable loss of user funds can actually happen, and it happened quite a few times. Recovering stolen Bitcoins is an extremely difficult task, often it is impossible whatsoever. Crypto community still remembers another case of hacking of the largest stock exchange — Bitfinex in 2016 (the equivalent of $72,000,000 in crypto was gone). Hacking, despite all the measures taken against it, is still present and the problem is only growing.

Unfortunately, scams are prevalent in the crypto industry in other forms as well. Shady exchanges are 2nd most common scams in the crypto market overall only next to fraudulent ICOs. The list of scam centralized exchanges is impressive:

In addition, other risks involve server failures and loss of information. For many users, it is important that the exchange fully owns their assets and requires the complete identification of all the users.

Users, as well as the exchanges themselves, understood that there are way too many disadvantages but technology advancement only made new type of decentralized exchanges possible after 6 years since first CEX was created.

Decentralized solutions allowed to achieve absolute security of cryptocurrency exchange between participants. There is no need to store assets on the accounts of the exchange, there is no single server that ensures the exchange process, everything is anonymous and controlled by the participants themselves. The danger of hacking is still present, but on the other hand, only errors in smart contracts can lead to serious losses.

However, decentralized exchanges also have a number of drawbacks. In terms of performance. They require processing of each transaction separately and writing the result of each exchange into the blockchain itself. This leads to significant delays in the exchange, reaching up to several days. Moreover, DEXs simply can’t offer advanced tools like options and margin trading for now — trading typically includes only buy and sell orders.

Another disadvantage is insufficient liquidity. Because of the low productivity and complexity of interaction, few people are willing to trade large volumes. Average daily trading volume rarely exceeds $1 million.

It is quite possible that the DEX trend could fail because of its unpopularity within the crypto community. There are also issues associated with compliance of decentralized exchanges: it is not clear what the owners will do if regulators come to them with questions. IDEX example, when a decentralized exchange implemented a full identity verification process, made a precedent.

Surprisingly, there are more than two options. Exchanges can be centralized, decentralized or both. Major players today want to offer the best from both options. Top 3 exchanges — Binance, Bithumb, and Bitfinex — are actively developing such initiatives.

The exchange announced the creation of a decentralized solution back in March 2018 (7 months after launch).

«After extensively researching decentralized exchange frameworks and analyzing existing implementations, we believe significant improvements can be made in providing users with a level of trading experience to which they are already accustomed. Centralized and Decentralized exchanges will co-exist in the near future, complementing each other, while also having interdependence,» says Binance’s official support center.

The launch of the exchange is planned for the beginning of 2019. The platform will have its own blockchain, and Binance may be able to avoid the current problems associated with ETH scaling. Nevertheless, there still are some concerns about the possibility of trading of the assets that have their own blockchains (interoperability issues). Perhaps these will be solved by atomic swaps technology.

In September 2018, Bitfinex announced the launch of Ethfinex Trustless, a decentralized exchange where users can trade without intermediaries.

«There are no signups, no deposit or withdrawal delays and no sacrificing custody of your tokens. Users retain full control of their funds throughout the entirety of the trading experience whilst executing trades against a highly liquid off-chain order book to ensure an entirely seamless trading experience,» says Erthfinex head of marketing Kasper Rasmussen.

Bitfinex explains the creation of a DEX as taking into account the interests of users at the disposal of its own assets while guaranteeing them a solution to the problems of liquidity and slow speed due to the connection with the centralized exchange and the off-chain matching system. In the first two weeks, only 4 tokens were available for trading: ETH, OMG, ZRX, USDT. For trading, it was necessary to have at least one Nectar (NEC) token, which is affiliated with Bitfinex. Subsequently, the number of tokens will reach 40+ and the need to have a NEC token on the balance will be removed, however, its role will remain as fuel for the system and a tool for decision-making (for listing as an example).

On September 13, 2018, Bitfinex also announced the creation of EOSfinex, a decentralized exchange built on the EOS blockchain. The EOS blockchain provides competitive advantages due to the more advanced scalability technology, the Transaction per second (TPS) indicator reaches 4,000, which is hundreds of times faster than the Ethereum blockchain. Initially, three trading pairs will be launched on the stock exchange — EOS/USD, BTC/USD and ETH/USD, implying full compatibility with these blockchains via smart contracts, as well as exit with fiat. The launch is expected in January 2019. According to the company, listing of new trading assets will be trivial and will depend on the creation of trusted smart contracts.

In early October 2018, one of the largest stock exchanges in South Korea announced the creation of its own decentralized exchange. This decision may be a response to reputational damage after Bithumb was hacked in the amount of about $31 million. In addition, the exchange was cleared by Korean regulators on the facts of possible violations, manipulations and money laundering. It is logical that in order to maintain its leadership position, the exchange must react accordingly.

The other reason for creating a decentralized exchange is the general trend of the market. Such a solution can bring more attention to the exchange, expand its market share, and increase the diversity of services.

On October 15, the decentralized exchange was officially launched. Bithumb has partnered with OneRoot to create and maintain DEX on the Ether blockchain. To bypass scalability issues, like Ethfinex, smart contracts are used as an off-chain order book.

There still are major technical obstacles facing DEXs, and complete decentralization is not yet possible. A hybrid model is more likely to prevail in the near future where the speed of centralized exchanges meets the security of decentralized solutions. 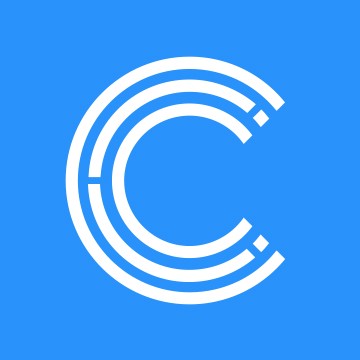 CCrypterium is building a mobile app that will turn cryptocurrencies into money that you can spend with the same ease as cash. Shop around the world and pay with your coins and tokens at any NFC terminal, or via scanning the QR codes. Make purchases in online stores, pay your bills, or just send money across borders in seconds, reliably and for a fraction of a penny.