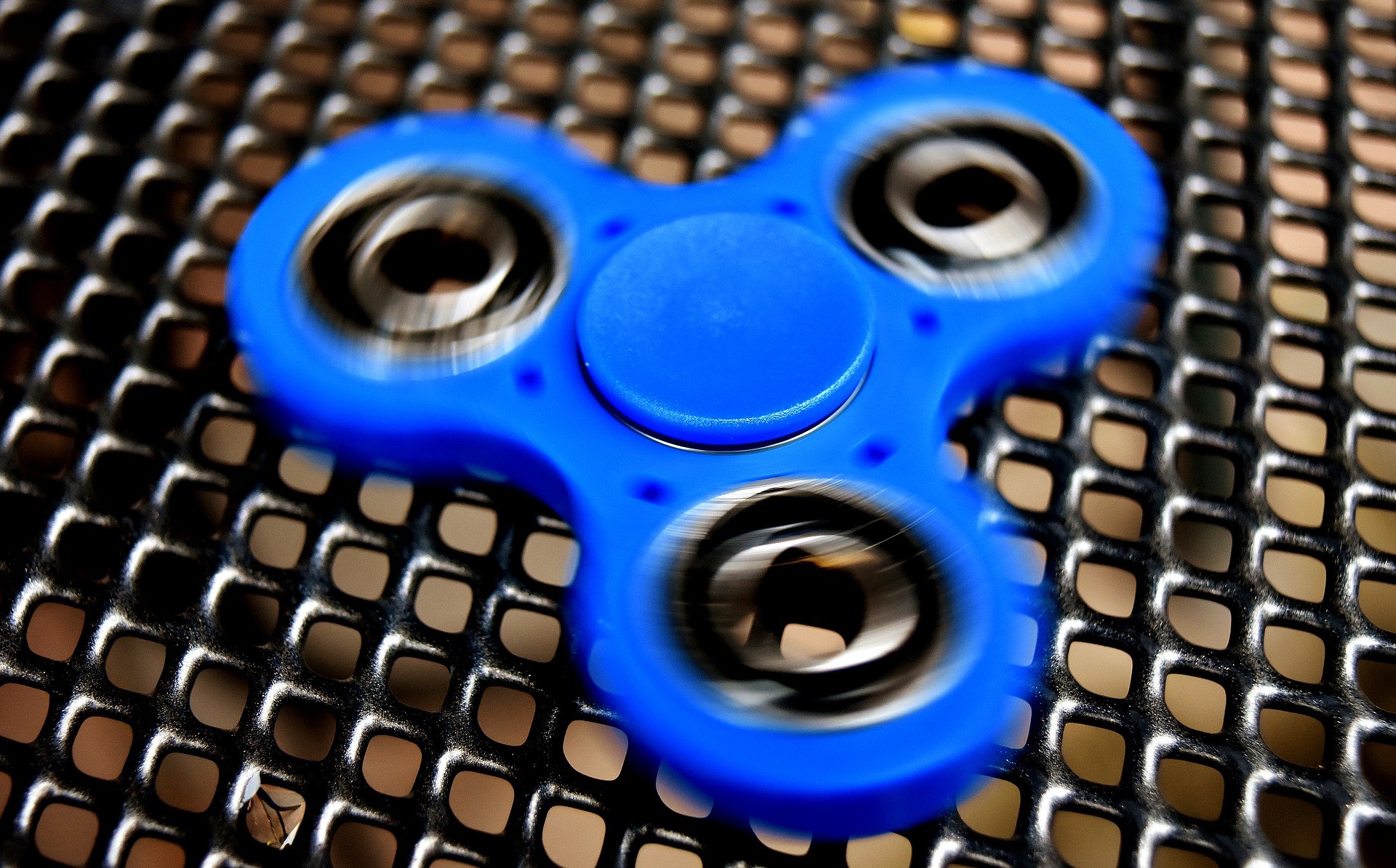 Three Trends for the Next 50 Years

I’m not a big believer in the future. I mean, it will exist — we know that. But that’s about it.

CXO Advisory Group has analyzed the predictions of hundreds of pundits. Are the talking heads on TV right or wrong?

But I pulled that number out of a hat, and they did a statistical study, so who knows?

I don’t like making predictions. They get in the way of my digestion. All of that future thinking clogs up the pipes.

But there’s a great way to evaluate whether a prediction is true or not. It involves a simple phrase we all know: “This time things will be different.”

I’ll give a great example: my 15-year-old doesn’t have email. She doesn’t really use a computer except for homework. But she does use her phone. She texts everyone.

Not that new things are bad. We’re not using the phone from the year 1900. We’re using a phone that is a more powerful computer than the top supercomputers from 20 years ago, and it fits into our pocket.

I have two experiences as a pundit for the future:

1.) In 2007 I said on CNBC that Facebook would one day be worth $100 billion. At the time it was worth maybe $1 billion. Everyone on the show laughed. I then invested in every Facebook services provider I could find.

Then, 5 years later almost to the day…

2.) In my book, “Choose Yourself!”, written mostly in 2012 but out in 2013, I said that we can look forward to having a “smart toilet” that will diagnose all of our illnesses in our fecal matter and urine. A mini-lab in our bathrooms.

But there are 10 trends from the past 100 years that I think are important to respect and will be important trends for the next 100 years. Knowing this can help us make money off of them.

(Note: Want to know exactly how I make money off of trends? I’ve used this copy and paste strategy for years — Learn it here.)

Most people are scared to death of inflation.

If most people are scared of something (like Ebola), it probably means it was a media or marketing-manufactured fear that will never come true.

The reality is, we live in a deflationary world.

Warren Buffett has said that deflation is much more scary than inflation. It’s scary to him because he sells stuff. It’s great for everyone else because we buy things. However, to be fair, it’s a mixed bag.

When prices go down, people wait to buy, because prices might be cheaper later. This is why some of the scariest points in our economic history were in the 1930s and in 2009 when there was deflation.

How did the government solve the problem? By printing money and going to war. That’s how scary it was.

To solve the problem, we gave 18-year-old kids guns, sent them to another country, and told them to shoot other 18-year-olds.

People have all sorts of statistics about the government debt and the dollar decreasing 97% in value since 1913, etc.

I don’t care about all of that. I want to make money no matter what.

Here’s what I see: my computers are cheaper. Housing prices haven’t gone up in 10 years.

And people are finally starting to realize that paying for higher education isn’t worth as much as it used to be (too much student loan debt and not enough jobs).

All electricity is cheaper. All books are cheaper. And I don’t have to go to the movies to watch a movie. All my music is basically free if I watch it on YouTube.

Don’t get me wrong: inflation exists because the government and the corporations that run it are preventing deflation. But the natural order of things is to deflate.

Eventually something bad will happen, and the carpet will be pulled out from under everyone. Perhaps if we have an inflationary bubble. Then deflation will hit hard, and you have to be prepared.

In a deflationary world, ideas are more valuable than products. If you have ideas that can help people improve their businesses, then you will make a lot of money.

For instance, I know one person who was sleeping on his sister’s couch until he started showing people how to give webinars to improve their businesses. Now he makes seven figures a year.

This “webinar trick” won’t always work. But then he’ll have ideas for the next way to help people.

Ideas are the currency of the 21st century, and their value is inflating, not deflating.

The last 50 years was the “IT half-century,” starting with the invention of the computer, the widespread use of home computers, and then the domination of the Internet and mobile phones.

It’s not like innovation will stop in that area. It won’t. Every year computers will get better, more apps will be useful, etc. But the greatest innovations are over for now (DNA computing will happen, but not until after what I’m about to say does).

As an example: the next versions of my laptop and my cellphone have already come out. But, for the first time ever, I have no real need to get them. And I’m an upgrade addict.

I don’t even think I understand the differences between the next generation of cellphones and last year’s generation (tiny changes in battery and pixel numbers, but only tiny).

And yet, we’re at a point where almost everything we do requires advances in chemistry rather than IT.

For instance, Elon Musk is creating a billion-dollar factory to make batteries. Well, for Elon’s sake, wouldn’t it be better if we had a more efficient way to use lithium so that batteries can last longer?

DNA computing, while it would create a great advance in computer technology, is almost 100% dependent on advances in biochemistry.

Many people call the US the “Saudi Arabia of Natural Gas.” But what good does it do us if we can’t convert the gas into liquids that fill up our car?

Right now every country uses Fischer-Tropsch technology — a chemical process that is 90 years old — to turn gas into liquids. And it’s expensive to use it. Wouldn’t it be better if someone could develop a groundbreaking change here?

I can list 50 problems that chemistry can solve that would make the world better. But it’s not sexy, so people have stopped studying it. This will change.

Not because it’s a futurist trend, but because for 3,000 years, changes in society were largely due to chemistry advances (e.g., harvesting wheat) rather than computer advances. I’m just taking an old trend and saying, “Hey, don’t forget about it. We still need it.”

A simple example: DuPont and Dow Chemical, the two largest chemical companies, have had 50% and 38% year-over-year earnings growth respectively compared with Apple (12%). But nobody cares.

(Related: Find out the group of chemistry related stocks I think are ready to produce triple-digit gains for investors here)

Before 200 years ago, we never really had employees. Then there was the rise of corporatism, which many confused with capitalism.

So what’s happening, for better or worse, is a rising wave of solo-preneurs and lifestyle entrepreneurs — exactly what happened for the hundreds of years that capitalism was around before stiff and rigid corporatism (teamed with unions) became the primary but fake “stable” force in our lives.

This is why companies like Uber are flourishing. You have a workforce (the drivers), logistics software in the middle, and people willing to pay for that workforce.

Our GDP and our startups are going to start to drift in the Uber direction. Uber in San Francisco last month did three times as many rides as all the cab drivers in SF combined.

Corporate life was never really stable, and now we know that.

The problem is: while we were all in our cubicles (and I’ve been guilty of this for many years as well), we stopped being creative, stopped having ideas, and just took orders from the gatekeepers: bosses, colleagues, government, education, family.

We let other people choose what was best for us instead of doing the choosing ourselves. If you let someone else do the choosing for you, the results won’t be good, and you’ll get resentful. Bad things will happen.

I won’t give a direct tock tip on this right here, I do that every month in myAltucher Report. This is not about stocks. It’s about taking an approach where you get your life back so you can have wealth and abundance over the next 50 years.

One thing to try is to write down 10 ideas a day. This exercises the idea muscle and gets you 100x more creative than the average person over time.

They could be business ideas, ideas to help other businesses, book ideas, or even ideas to surprise your spouse. Another trick is to take Monday’s ideas and combine them with Tuesday’s ideas. “Idea sex” is an awesome source of creativity.

Ideas are the true currency of this next century. I don’t care about the dollar or gold or health care. Any movement in those will just create opportunities for people who know when to take advantage of them.

The key is to become an idea machine.

People say “ideas are a dime a dozen” or “execution is everything.” These statements are not really true. It’s difficult to come up with 10 new ideas a day (try it), and execution ideas are just a subset of ideas.

I was going to make this 10 trends I see coming over the next 10 years. But at 1,900 words, I already shared three solid ones. If you want to learn the other 7, I explain them in detail and how to make money off of them in my new book.

These trends are already here, they’re already deeply affecting our society, and being ready for them will be the key to success in the coming years.