In recent news shared by the Idle Finance team, a blockchain protocol for managing crypto, we learn that the Yearn Finance platform, a platform that aggregates the various lending protocols, has now opened a vault on Idle Finance: 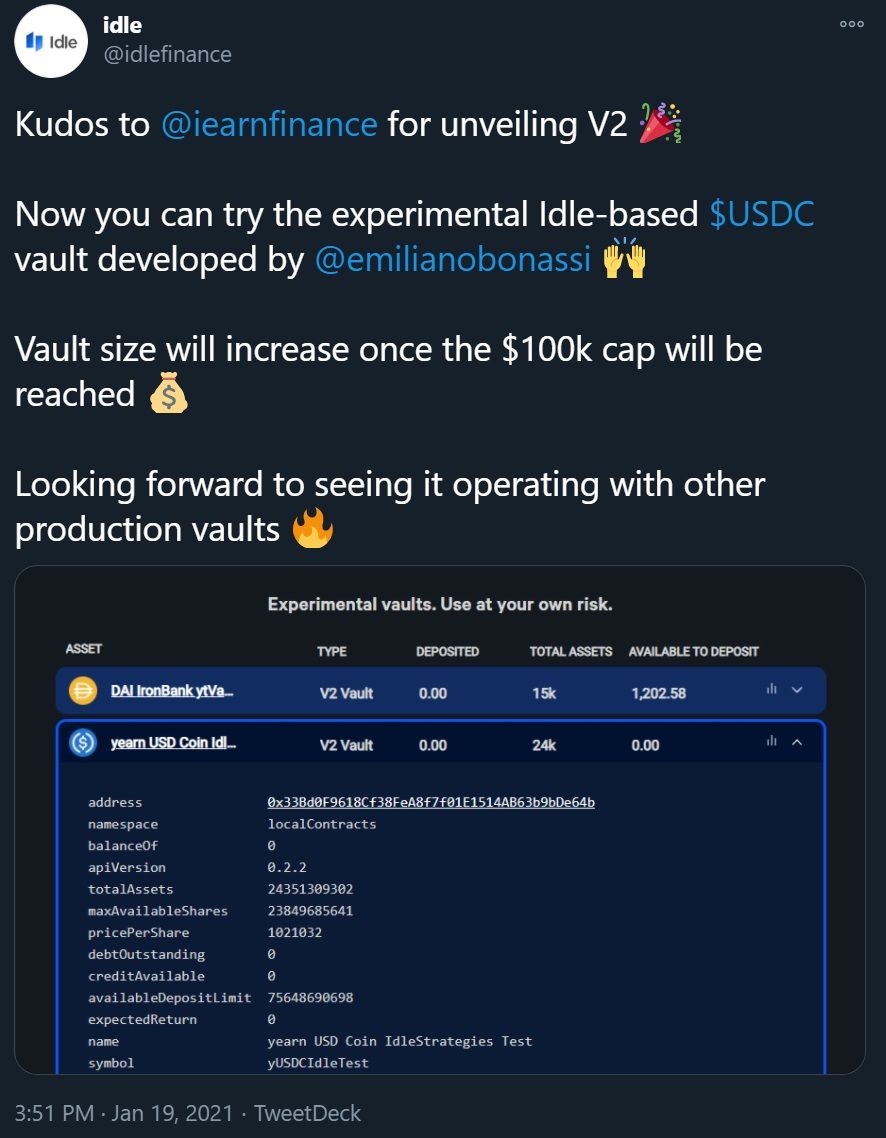 To be precise, the pool that has been opened is related to the USDC stablecoin, a vault that will have a maximum of 100 thousand dollars as a maximum ceiling, so as to test it and avoid that, in the event of problems, millions would not be lost due to a bug in the smart contract.

We are talking about incredible news that has an Italian heart, in fact, the Idle Finance team is Italian, and the developer who made the creation of this vault possible is also Italian, demonstrating how interesting things are developing in this country too.

As for Yearn Finance, we remind you that the related token of the platform, YFI has already exceeded the value of the bitcoin and already in September 2020, so something that had not been seen before and that maintains high values, so not a bubble as many believed, also due to the limited supply of 30 thousand YFI tokens.

We also recall that Yearn Finance was developed by a talented developer and several active projects, for some the "Midas" of the world of decentralized finance (DeFi), who did not fail to congratulate the Idle Finance team: 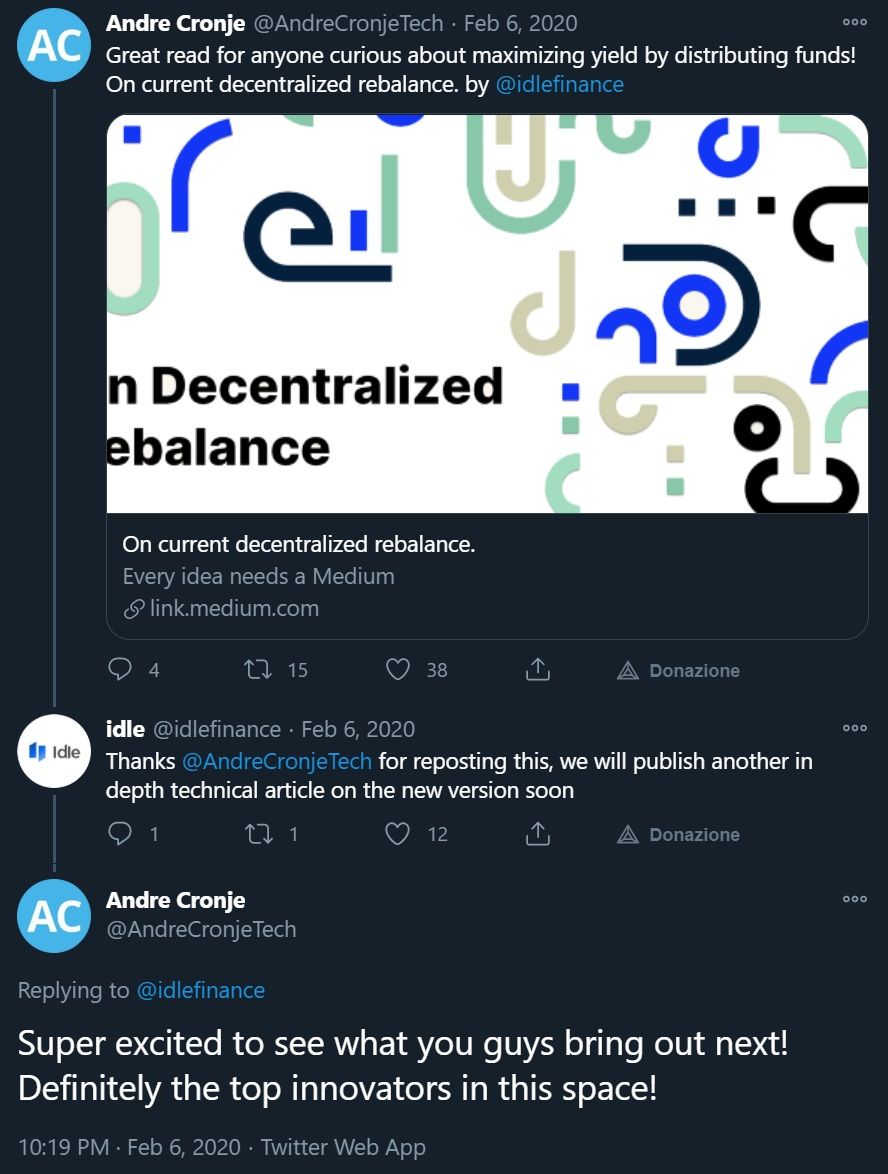 For its part, also Idle Finance, last year, launched its IDLE token, traded around 6 dollars now and which has reached 15 dollars, a token that has not only been distributed to all those who had interacted with the protocol, but the same token can be recovered simply by depositing one's crypto in one of the available pools.

But it does not end here, because according to the protocol in which one of the available pools is placed, to have greater profit, other tokens of the underlying protocol are also recovered, for example if the pool is put on the Compound protocol, then both the IDLE token that the COMP token, automatically and effortlessly.

Let's not forget that by inserting our crypto in one of the pools, or in all of them, we also get an interest based on the crypto we have deposited, for example if we deposit DAI then we will receive the interest in DAI, and as previously mentioned, also the IDLE token and the underlying protocol token for example COMP.

We are only at the beginning of the various integrations that we can read in the community roadmap, and among which we can see how the Ethereum (ETH) pool will be implemented, the IDLE token staking, and also the possibility of seeing the IDLE token as collateral on MakerDAO and then lock IDLE tokens to generate DAI.

How does Idle Finance work and where can I find more information?

As with any project, it is better to start from the documents shared by the team itself, even if the interface is quite simple and intuitive, while for the less practical of this platform, there is an entire chapter in the book that explains the various topics in detail, which takes the name of "Mastering DeFi - A practical guide for beginners and the advanced", important because it not only explains the basics of this sector and the various steps of the various protocols, over 30, but it is also the only one that examines 3 different blockchains such as Ethereum (ETH), EOS and Tron (TRX).

Related Stories
Subject Matter
Phishers In Crypto Are Getting Smarter - And So Should You by @alfredodecandia
#phishing-attacks
Financial NFTs Will be the Real NFT Boom by @elizabeth-levine
#nft-top-story
Gamification through Tokenization Can Disrupt the Fitness Industry by @Ishan Pandey
#fitness
Decentralized Governance & Governance Tokens by @andrarchy
#decentralization
Legalization of Cryptocurrency will Kickstart Economic Development in Latin America by @hughharsono
#defi
Governance: Why it Mustn't Evaporate Like the Angel's Share by @dramex
#nft