Decentralization Of Everything Transforming The Global Economy And Lifestyle 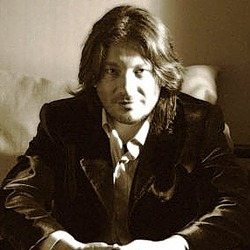 Prologue: “It wasn’t raining when Noah built the Ark”

Imagining life as eternal circular movement has been quite usual since antiquity. Ancient societies widely adhered to the idea of ages changing in cycles, as celestial bodies recurrently changed their positions, thus supposedly regulating events on Earth. This view of the cyclic development of everything existing in the world, besides such usual forms of cycles as solarand lunarcycles, sedimentary cycles and life cycles, has passed onto economic cycles made up of economic rises and falls, as well as to cycles of political change.

While Spengler and Toynbee took specific cultures (civilizations) localized in time as going through their specific cycles, the Marxist concept denies the idea of world history moving in closed circles, as well as the theory of its continuous mechanical advancement, progressively, along a straight line. According to historical materialism, world history flows as a whole consistent progressive process of change in the social and economic formations, in which movement does not follow a straight line, but a spiral, i.e. some of the features which characterize earlier stages of historical development reoccur, yet they do so at a new, higher level.

Alexis de Tocqueville wrote that the French Revolution began with “a push towards decentralization… [but became,] in the end, an extension of centralization”.

In early twentieth-century America, one response to the centralization of economic wealth and political power was a decentralist movement. It blamed large-scale industrial production for destroying middle-class shop keepers and small manufacturers, and promoted increased property ownership and a return to small-scale living.

Many books and other works dedicated to decentralization have been written. Daniel Bell wrote The Coming of Post-Industrial Society, while Alvin Toffler published Future Shock(1970) and The Third Wave (1980). Futurist John Naisbitt’s 1982 book Megatrends was on The New York Times Best Seller list for more than two years and sold 14 million copies. Many other books and articles were published in these years. Stephen Cummings wrote that decentralization became a “revolutionary megatrend” in the 1980s.

However, all of this has so far been a kind of volatility around the centralization trend, in the same way it has been with the business cycle or economic cycle and/or trade cycle, when we see the downward and upward movement around its long-term growth trend up to the moment when the technology capable of changing the World, its organization and way of life emerges. Along with the distributed ledger technology known as Blockchain, the time for a bigger cycle is coming into being. Beginning from the Renaissance, which followed a colossal European crisis which occurred for a number of reasons including the Little Ice Age, new breakthroughs in science and innovation, followed by the start of the Technological Revolution, the strongest centralization of everything has emerged, be it power, infrastructure, manufacturing, distribution, finance and media. This wave, this cycle was much bigger than the earlier cycles of centralization. By 2000–2010, the centralization wave reached its peak in social, industrial, financial and geopolitical spheres, and by then we could see the emerging blockchain technology to bring to life a decentralized public ledger.

That means it’s time for a global correction. In terms adopted by Nikolai Kondratiev, a genius Russian scientist, to describe the economic cycles he discovered — improvement, prosperity, recession, and depression — we are at the beginning of recession. If there are Kondratiev’s cycles lasting for a period of 50 years, as well as lesser cycles, such as the Kuznets cycle, Juglar cycle and
Kitchin cycle, then there must be bigger cycles as well. It is such a Cycle A, Wave A, cycle top, which we have come to now.

Immanuel Wallerstein and his successors have tried to uncover such a prospect for a stable model of a geopolitical future using the old economy model and taking into account the transforming digital technology as the basis for the Future Media Space.

In his 1910 The History of Nations, Henry Cabot Lodge wrote that Persian King Darius I (550–486 BC) was a master of organization and “for the first time in history, centralization becomes a political fact.” He also noted that this contrasted with the decentralization of Ancient Greece.

Marxism added a stress on social conflict, a focus on the capital accumulation process and competitive class struggles, a focus on a relevant totality, the transitory nature of social forms and a dialectical sense of motion through conflict and contradiction.

Seven digital platforms will be the seven digital single markets joined not so much geographically, but based on commonalities in culture, traditions and mentality. Those will be relatively the same Unions in terms of number of people and resources, which at some point will be driven to merge to coexist within the new paradigm. A number of countries have skills and technology, other countries have resources, yet other countries have energy. Energy will play an ever-growing role because computing power of decentralized systems will require more energy along the way. Even today, infrastructures which use Etherium consume as much power as Cyprus, and those which use Bitcoin consume much more. What’s to happen when the Internet of Things, Industrial Internet of Things, smart cities, smart factories etc. become commonplace? When hundreds of billions of continuously connected devices are all around us, consuming huge amounts of energy, still more energy will be consumed supporting this infrastructure, as well as by Useful Data Mining, necessary for maintaining real-time data for our future Wisdom Economy.

The Digital Environment will account for up to 80% of the whole global economy. More than 50% of all services will be provided within the digital environment, and nearly 50% of all goods and products will be created and distributed directly within that same digital space. Every one of the 7 Unions, the Digital States, shall have its own standards protecting its economic sovereignty.

Softwarization, digitalization, robotization and automation bring immense risk of new luddites, where the unemployed masses will be a heavy burden on society. They will have to be paid Universal Income, and immigration of foreign people into the Unions will be quite painful both economically and socially for the existing societies. Therefore, firewall protection and one’s own digital environmental standards will create a strong border comparable to the walls and moats of the Dark Ages. Communications between unions will be managed using gateways. Today, we are beginning to see such emerging isolationism: Brexit, Trump’s policy, etc. All the existing tension in the world is a positioning attempt before the geopolitical transformation, decentralization and replacement of the whole monetary system.

Everything will be fairly decentralized for Society within such a Union, yet Centralization will go through its own metamorphosis, and Alexis de Tocqueville, if he were alive, would say that “a push towards decentralization… [but became,] in the end, an extension of centralization”.

Ultimate decentralization into 7 digital platforms is necessary to take the next step, which is total global decentralization utilizing Hyper Centralization of management and control and a unified Hyper Brain of all humanity in our little home called Planet Earth will have no privacy, and we will have nowhere to go in the same way a passenger can’t leave a plane midflight.

Only one thing will remain, and that is to be Happy in an absolutely decentralized Society. If we can, if the likes we accumulate allow it, which will become the social credit of trust, which we will be using to exchange things. For at this time, we will not be using money at all.