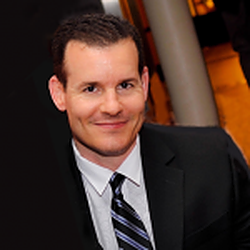 This story begins back in 1863, when the first railroad was being built between the rich oil-producing region of Pennsylvania to the oil refinery land of Cleveland. One-hundred miles separated the two cities, giving Cleveland a massive disadvantage compared to closer oil refining regions, such as Pittsburgh or Baltimore. However, Cleveland had the advantage of lower prices, both in its land and in its raw materials.

It was here that John D. Rockefeller and business partner Maurice Clark decided to invest in the Cleveland oil refining industry with the assumption that they could improve upon the current inefficiencies the other oil regions faced. Rockefellers ability to cut costs gave him an advantage over every other refiner in the nation allowing him to expand and grow the company continually.

Things between the two partners were good up until 1865, when Rockefeller and Clark, got into business disputes over debt that could not be resolved. Rockefeller at only 26 years old ended up buying Clark out for $72,500, which was above fair market value. But in an industry that was being disrupted, Clark’s lack of patience and a vision for the future cost him more than he could have ever imagined.

Over the next five years, Rockefeller would take the art of oil refining to a whole new level, generating 1500 barrels a day, more than what most competitors could produce in a week and at a substantially lower cost. That company would later become the Standard Oil Company of Ohio, one of the largest companies to ever exist.

Clark may have been happy with his buy out, but the amount of wealth he lost due to getting out too early was one of the biggest financial mistakes in American history. Most people likely have never even heard of Maurice Clark, while John D. Rockefeller is a classic case study in nearly every business school in America.

Cryptocurrency Investors Not Sure What to Do

There is an endless amount of so-called “experts” giving their own opinion on the subject. Their recommendations range from cryptocurrencies have no merit at all to how they are going to revolutionize society for a fair and bright future.

Charlie Munger, one of the best financial minds of our time was quoted saying bitcoin was “worthless artificial gold.”

Warren Buffett has bashed bitcoin stating “when you’re buying nonproductive assets, all you’re counting on is the next person is going to pay you more because they’re even more excited about another next person coming along.”

Does Buffett not understand the underlying technology and what blockchain can do?

It reminds me of the old oil refiners who didn’t see the future or how technology would change operations forever, giving way to the younger more ambitious approach to an old way of doing things and opening the flood gates of wealth for those who aligned with the new technology.

The fact is no one really knows for sure what will happen in the coming years, but history is one of the best tools for predicting the future.

Disruption Is How People Get Rich

Things are always changing, new and better ways to get the job done has happened all throughout time, that is how we have gotten to where we are today. Some people can see it and take advantage, others continue to think things are fads and let the opportunity pass them by.

John D. Rockefeller was a young forward thinker when he disrupted the old ways of doing things in the oil refining business allowing him to eventually become the richest American in history. His ability to disrupt led to the control of 90% of the oil in the US while compiling a net worth in today’s figures of $367 billion.

Henry Ford founded the massively profitable Food Motor Company, revolutionizing transportation and bring it to all classes of people. Some thought the automobile would only be available to the rich or just did not believe in what Ford was doing. But over a 17-year span (1903–1920) Ford was able to sell over one million automobiles, making him and his investors extremely rich. The days of people riding around on horses had come to an end, and the investors who stuck it through gained substantial wealth. It is not surprising that in today’s dollars, Ford’s net worth was more than $200 billion at the time of his death.

More recently, the internet boom of the 90s made several billionaires. I remember having conversations about whether the internet was just a passing fad or if it was here to stay. It might seem obvious now, but most people back then just did not know what to do and decided not to risk it and invest.

It did not happen overnight, it took several years to work out the technology, but if history had told us anything, it would have been another missed opportunity. Bill Gates made the most of it amassing a fortune of $101 in 1999, when adjusted for inflation, in today’s dollars that would be more than $144 billion.

It Is Happening Again

If you think you’re late to the party, think again. Out of the 7.6 billion people on the planet, there are only about 25 million bitcoin wallets that exist. That means only about 0.3% of the population has a bitcoin wallet at this time. We have not even begun to touch the surface.

When it comes to technology, things can change quickly, in five years the world is going to look dramatically different. You can either stand there and watch it happen in front of your face or get on board and prepare for the ride.

Think of Maurice Clark who did quite well, but would have made 100x more money if he could have just stayed in for a few more years.

Disruption is happening again, it is happening right now, and this time there is enough to go around for anyone who wants a piece of it. Of course, that does not mean you can simply buy any cryptocurrency and get rich. There are going to be plenty of cryptocurrencies that will crash and burn, probably more so than succeed, so selecting the right diversified basket of projects is still going to be key for success.

Get one of our reports and find out which blockchain project is setting up for mass success by revolutionizing an old way of doing things and bringing it into the future. Click here for details.