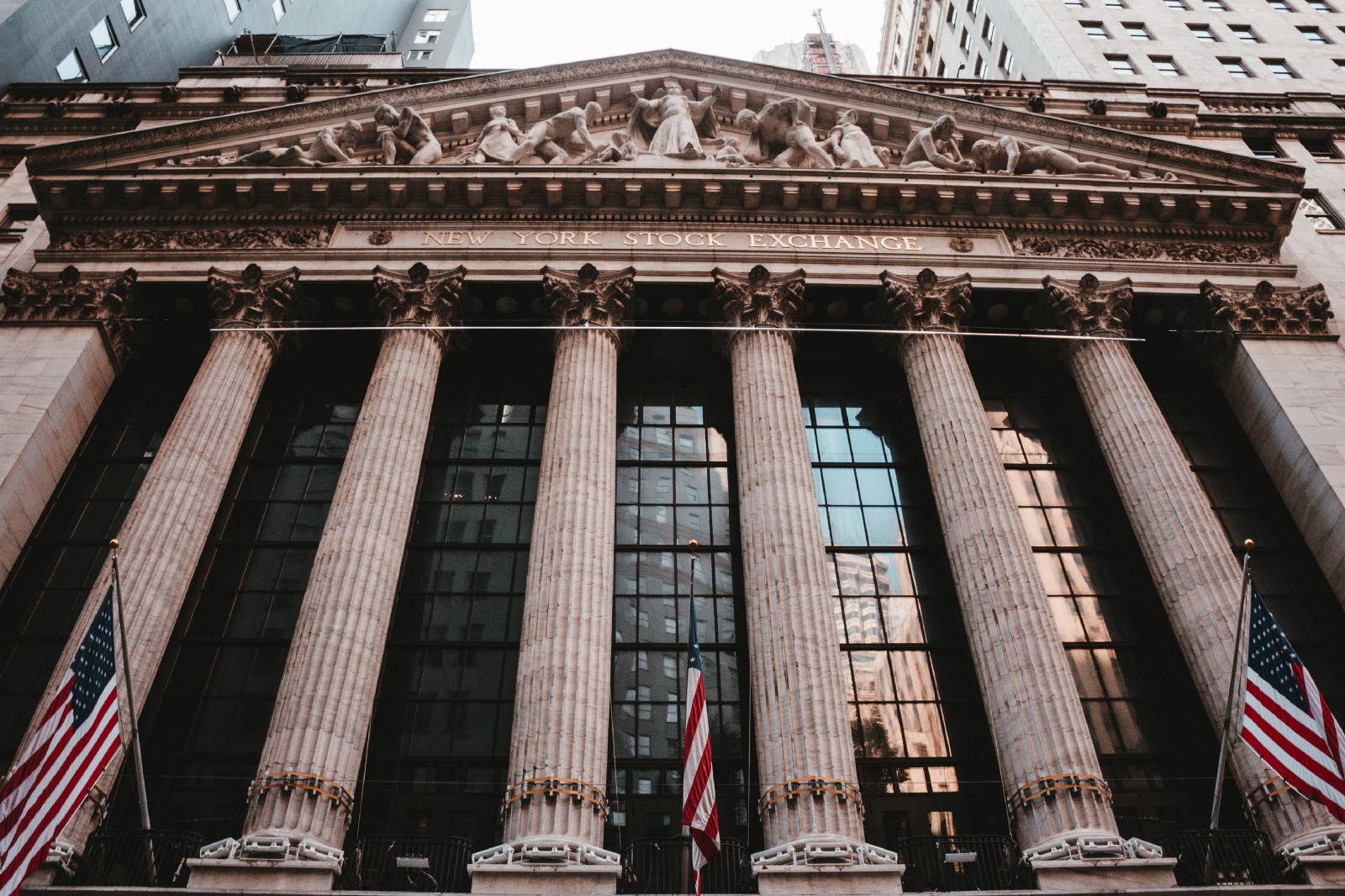 Despite the contemptuous sentiment reverberating throughout the crypto world regarding JP Morgan’s announcement that they will launch their own private cryptocurrency, I posit both JPM’s move into crypto is strategically sound and critic’s arguments against JPM Coin’s title of a cryptocurrency are unwittingly condemning Ripple’s XRP.

By Michael M. Williams: A Futurist and Technologist, Consultant at Accenture, and Hobbyist Developer of Ethereum Dapps.

The sky is blue, the Earth revolves around the sun, people pay taxes, and the crypto world hates centralized financial institutions. Today is no exception. I am a thorough believer in the transformational change decentralized blockchain networks will bring to the world in the coming years, but I am truly pained by the pervasiveness of irrationality in the crypto world and the reactions to JP Morgan’s cryptocurrency is exhibit Z. For the sake of people who are intellectually piqued by cryptocurrencies yet keep their distance because of the intense tribalism, this writing is for you. And frankly, I am also writing this because I feel the need to interject some rationality and perspective into this space — and maybe to call out some uniformed people as well. The crypto world seems to wilfully ignore that JPM is at the top of the global financial game for a reason; they’re smart, calculated, and proactive. One of the most powerful banks in the world does not take the financial and reputation risk of launching a cryptocurrency if they are not certain that their bet will pay off. Now let’s dive into the facts of the matter.

Without going into all the details, JP Morgan recently announced that it has been developing its own cryptocurrency hosted on the Quorum blockchain for enterprise value transfer and settlement that is essentially a digital representation of dollars it has in its accounts. Today, it takes the hours or days for settlement to occur, and if the transfer occurs cross-border then the terms of the necessitated foreign currency swap may change in the time it takes to settle. Additionally, fees are extracted by any middle-man that contributes to the transfer and settlement process. In short, businesses and financial institutions alike do not like this system for several cost and efficiency related reasons. With blockchain technology transfer, settlements can be achieved in minutes without any middle man. To appreciate the scope of this change, JPM reports that they move around $6 Trillion daily, so these efficiency gains will have very positive business outcomes for JPM.

Let’s dive right in. Below was the featured quote in a weekly newsletter distributed by TheBlock, a well-respected crypto news source, that I think characterizes much of the anti-JPM Coin sentiment in the crypto world:

“‘JP Morgan continues to get it wrong. Using blockchain to run a closed network is like wearing a designer suit to wash your car’ — Timo Schlaefer, CEO of Crypto Facilities on JPMorgan’s new stablecoin-like token”

For the CEO of a cryptocurrency exchange, I would have hoped that he would have a better understanding of mechanisms that make cryptocurrencies work and how they might be applied to other arenas, but then again maybe not. If we take a minute to understand the use cases for which a cryptographically secure blockchain is suitable, we will quickly appreciate the merit of JPM Coin. Let’s make one thing very clear; the sine qua non of the miracle of Bitcoin and other cryptocurrencies is the ability of disparate and untrusted parties to verify the integrity of the balances on their ledgers.

Take Bitcoin; bitcoins are digital money so it would defeat the purpose if they could be fabricated out of thin air, so a digital currency could not exist if its scarcity could not be proven. Thus, the digitally scarce objects stored and on the Bitcoin blockchain are the bitcoins themselves and the protocol rules maintaining their scarcity are enforced continuously by Bitcoin miners over time.

Now JPM Coin. Are JPM Coins digital objects whose scarcity need to be verified by several entities, just like Bitcoin? Overwhelmingly, yes! Bitcoin only differs from JPM Coin in that Bitcoin is a public currency, meaning that the scarcity of bitcoins can be verified by anyone in the world whenever they choose, whereas JPM Coin is private, meaning only certain privileged entities can prove the scarcity of JPM Coins. They are both digital money being transacted between disparate and untrusted entities, so a blockchain database is appropriate to store JPM Coins. Don’t be fooled by the denial or ignorance of threatened crypto-tribalists; JP Morgan is aptly utilizing a cryptographically-secured blockchain ledger to transact scarce digital objects and will deservedly profit from doing so.

What This Means For Ripple’s XRP

Furthermore, I challenge the crypto world to see that denying the title of cryptocurrency to JPM Coin on the basis of it being a privately verifiable ledger should bring the credibility of the same title for Ripple’s XRP under siege. Ripple, just like JP Morgan, restricts the public from joining the network as nodes such that only Ripple, just like JP Morgan, ultimately has the power to grant enterprises authority to participate in the network as nodes. The only difference being that Ripple has allowed the public to hold XRP and view their transaction ledgers — and that difference may fade with time according to JP Morgan’s announcements that JPM Coin may eventually land in the hands of the public. Pulled from JP Morgan’s website:

“JPM Coin is currently a prototype that will be tested with a small number of J.P. Morgan’s institutional clients, with plans to expand the pilot program later this year. JPM Coin is currently designed for business-to-business money movement flows, and because we are still in a testing phase, we don’t have plans to make this available to individuals at this stage.”

Clearly, JPM Coin as a purely B2B money transfer mechanism is phase one of several. If and when JPM Coin does become consumer facing, it will operate exactly as XRP does, except that its value will be collateralized 1:1 with US dollars. They function identically in that they both seek to facilitate enterprise value transfer and settlement, except that Ripple is a small industry-outsider and JPM is a global financial powerhouse. Bravo JPM, and good luck Ripple & XRP.

In short, JPM Coin is rightfully a cryptocurrency and this venture into the crypto space demonstrates JP Morgan’s innovative prowess. While some may disagree with my arguments in favor of JPM Coin’s title as a cryptocurrency, I have challenged people to realize that believing JPM Coin is not a cryptocurrency is simultaneously dying Ripple’s XRP of that status; the two are mutually inclusive, meaning you cannot categorize them differently due to their fundamental similarities. Regardless, from the perspective of Bitcoin and other cryptocurrencies, there is no truer validation of concept than JPM’s move into crypto. We can say with more confidence than ever that Bitcoin is not going away and never will, only its role can be debated, and to be certain JPM Coin undoubtedly takes a shot at the magnitude of that role.

Thanks for reading! As always if you enjoyed the piece click and hold the applaud button and follow me as an author!

Related Stories
Subject Matter
Join Free TON Community and Participate Contests! by @Free TON
#promoted
A Beginner’s Guide to Mining Cryptocurrencies on the Mac by @gotham.dev
#bitcoin
How to Get Started on Creating Your Own Cryptocurrency by @oleksii.she
#cryptocurrency
Inflationary cryptocurrency and domain based identity: A recipe for a decentralized social network by @tautvilas
#decentralized-internet
Life After ICO: 4 New Ways to Launch a Token by @serkhitrov
#ieo
The Cardano Blockchain Review by @adamnamdinh
#cardano