Culture as a Service: How Brands Can Break Through the Tech Media Bubble 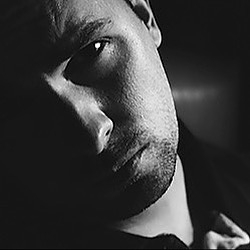 Good luck getting people to read your branded tech story. Now, before you get mad, I’m sure you’ve got something great to share. I’m sure you found an exciting new solution to some sort of problem. All you want is for others to be as excited about it as you are. Sadly, the odds are not in your favour.

I could say that the tech media market is oversaturated, but we passed that point years ago. An oversaturated market still works, in a messed up, broken way. At the very least it enforces variety and empowers consumers.

Which is not the case with the tech media scene today.

The days of showering publishers with money to promote your brand are long over. For many, marketing traditional tech content means entering a shouting contest. However refined your voice is, it will likely drown in the bottomless sea of tech pieces. Even if your publisher is among the most successful.

A brief history of tech publishing

When the internet was young and slow, a regular person had to go out of their way to read tech news. These stories didn’t really interest the general public. You’d have to either be an industry professional or a geek to enjoy this stuff.

It was a time when new technology was sold at a premium despite its relatively short lifespan. The competition was fierce and you could bet that fancy new gadgets would probably go obsolete within a year. The early adopters of digital cameras, e-readers and PDAs were mostly IT guys with money to spare.

By the year 2000, just above 50% of US households had a PC, let alone money to spend on expensive non-essential tech. It is no surprise that the market for tech news in this environment was very limited. But the demand to know out of curiosity did exist.

These tech publications of the 80s and the 90s, aimed at both enthusiasts and professionals, remain with us today. ZDNet was founded all the way back in 1991. The Register went online in 1998, four years after its first print edition. Full-colour print magazines such as PC World were also among the first to take their content online.

In the mid-00s, broadband internet started becoming truly ubiquitous. From email and social networking to online gaming, young people of all backgrounds had a reason to use it. Those same people wanted to know what was about to happen in the world of tech. Publications like Gizmodo (a subsidiary of Gawker Media from 2002) and Engadget (launched by AOL in 2004) rose to prominence during that time. They were aimed at more of a general audience, but remained laser-focused on tech and nothing but tech.

Fast forward 10 years. Everybody owns a smartphone and most people regularly replace them. Everybody is online. Digital technology is essential to our culture. All of a sudden tech news became… just news. People realised that tech reporting was no longer niche. That’s when the market blew up.

The newsstand of today

The current state of the tech media industry is as follows: five kinds of media entities compete for largely the same audience:

Technically, you could publish your branded content to any of these websites and be exposed to millions of readers. But the density of the modern tech media landscape makes it impossible to navigate.

And the reader is just as confused as you are.

The reader of today

We stopped reading news and started following them.We don’t particularly care which publication we’re reading, that is, if we’re reading anything at all. A recent study showed that 6 out of 10 Americans only read headlines. Most don’t even read the articles they share on social media. People’s trust in news institutions has significantly declined as well. We are more likely to judge the trustworthiness of an article based on who shared it, and not the source.

It is no wonder than instead of reading newspapers people rely on link aggregators and social media. They typically provide a concise view of headlines for the reader to choose from and are policed by the community itself, which the reader puts trust in. Moreover, they provide a platform for safe moderated discussion.

Two of the most popular tech news aggregators are Reddit and HackerNews. Both these websites enjoy a high amount of direct traffic. More than half of all the visitors to these websites are there because that’s where they want to be. They, on average, spend anywhere from 5 to 10 minutes on these platforms.

In comparison, news sources such as The Guardian and ArsTechnica get the biggest share of their traffic from search engines, and readers generally leave the website in less than 3 minutes. These link aggregators are very powerful in shaping the way we discuss tech and you have to reach them to make it big.

Most tech news readers also maintain personalised news feeds on UGC platforms. However, getting your content onto these platforms does not mean actually being heard, as nobody bothers to read the entirety of their feeds.

You’ve got to stand out.

To the front page and beyond

So what kinds of tech stories actually make it big on Reddit and HackerNews? It’s hard to tell. Both platforms have their favourite sources, The Verge and TechCrunch, respectively. Traditional outlets like The Guardian and The New York Times are also frequently linked to. But if you take a look at the way particular stories get exposure, it’s a gamble.

Sometimes it’s the matter of being the first to be submitted by a reputable community member. All the discussion regarding the topic will move to the comment section of that particular post, and the rest of the articles will become essentially invisible. Other times it’s just luck.

But you can be sure about one thing.

The internet loves outrage. Negative stories always get the most traction. Four out of the top 5 most popular r/technology posts of all time are negative news stories. A clear villain gives the members of these boards an opportunity to pat each other on the back. Or misapply their sense of self-righteousness. Either way, they love feeling superior at someone else’s expense.

As a brand, you can’t exploit that. Manufacturing bad news is hard, while smear campaigns and attack ads often backfire and could even be illegal. Samsung’s infamous 2012 ad mocking Apple was widely criticised and not just because it was okayed 2 days after the death of Steve Jobs.

If you plan on succeeding in today’s competitive tech media market, you gotta create quality content and lots of it. For most brands it’s a bitter pill to swallow. They simply don’t have the right resources or the right marketing strategy to do both. People are generally good at sensing disingenuousness and identifying marketing pieces masquerading as journalism.

And no, you can’t just keep reusing the same old tricks. Most businesses’ media marketing toolkit is beyond outdated. No matter how good your product is, your 3-paragraph press release looks just like your competitors’. Your whitepaper is probably boring and self-congratulatory.

The best you can do in this climate is nurture a genuine corporate culture.

We all have an idea of what genuine corporate culture is, but few are capable of creating it from scratch.

These days, promoting your business might seem harder than ever. Certainly, the noise to signal ratio of the internet is very high. But if we zoom out and stop using marketing terms, we can see that the challenges are same as they ever were. Businesses are still created to inspire change. To create jobs and empower people. There’s nothing disingenuous about wanting to help people make the world a better place. The hardest part is nurturing the mutually beneficial relationship you have with your customers.

The density of today’s media market means that you can no longer neglect this aspect of your business. You cannot simply spend money on ads like you did 20 years ago and call it a day. You have to do your best to become more than just another company. This is hard work with little margin for error.

However, the good thing about not taking the easy road is that it’s almost always rewarded, as long as you stick to it.

Dmitry works with brands to create content and promote corporate culture at scale. He is one of the veterans at Techstars Startup Digest. Apart from it, he is acting as an advisor for the SXSW Pitch event and SXSW Release IT event. 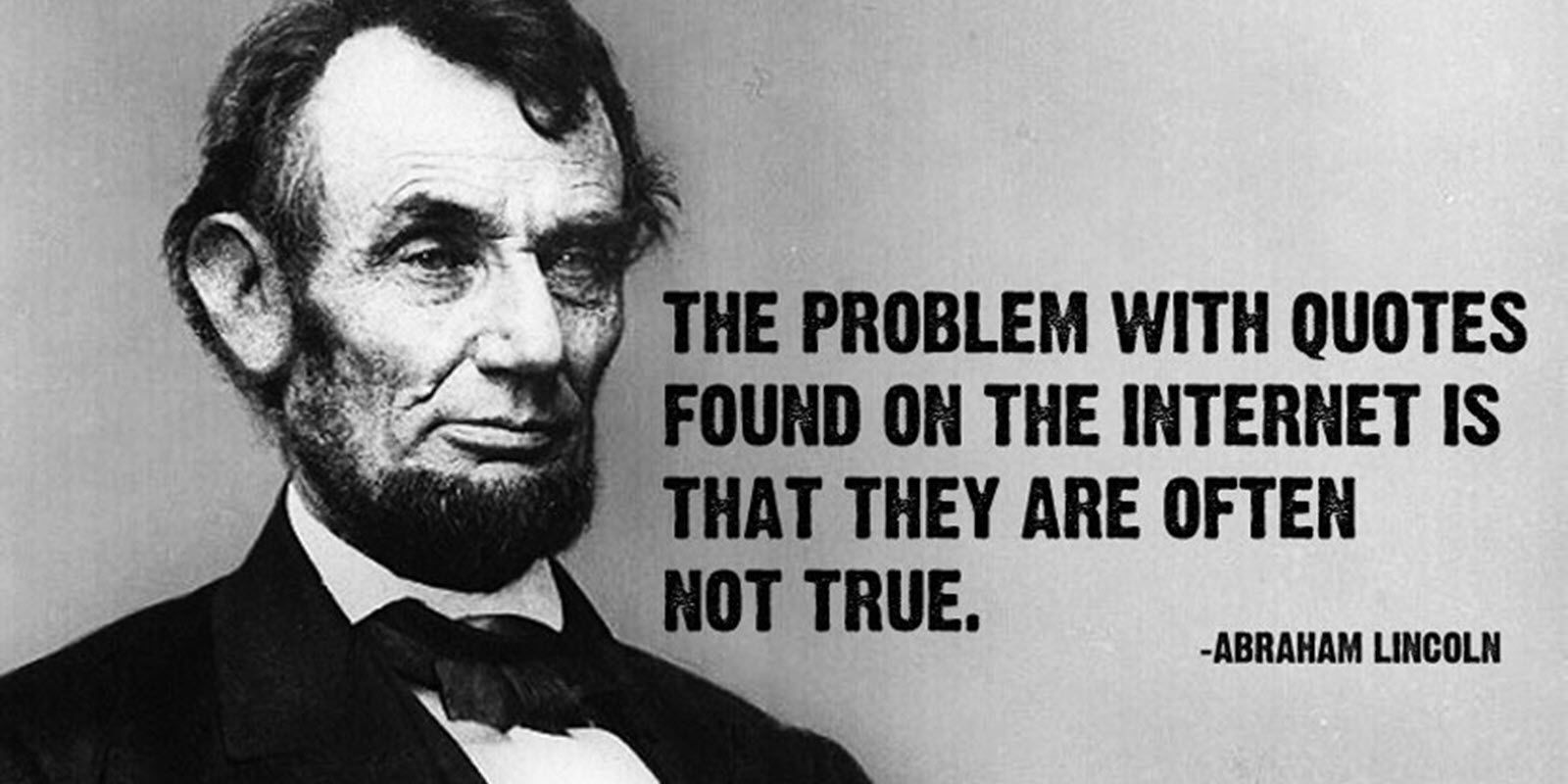 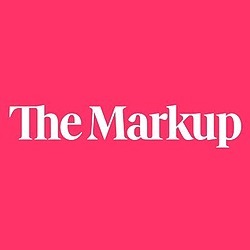