The Halving, 21M Bitcoin, and What it Means for the Next “Bull Run” 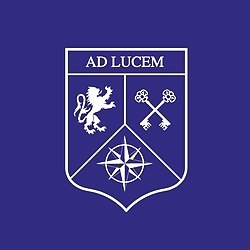 As any fan of cryptocurrencies can tell you, the total number of Bitcoin is programmed to be limited to 21 million. Now, this may not seem like much for a cryptocurrency supposed, one day, to replace the dollar, so where does this number come from? When will it be reached? And what is all this talk about a ‘halving’?
We are just eight months away from the next (and third) “Block Reward Halving” — the halving of the number of Bitcoins awarded to a miner (or a group of miners) that decrypt the validation key for a new block on the blockchain. Even if a large majority of people I talk to on the topic pretend to understand the ins and outs of the previous sentence (particularly those that work in finance or politics), in reality almost no one understands how all of this works, and why it is truly innovative. Unfortunately, as with the composition of our national football team, this does not, however, prevent these same people from having a precise opinion on the topic, and its technical and economic potential.
To avoid falling into this category, and because we can only invest efficiently when we fully understand what we’re investing in (and use it regularly, as Warren Buffet would add), let’s figure out what all this really means.

The blockchain is a sophisticated type of database (or decentralized digital register) invented by Satoshi Nakamoto to facilitate the operations of a digital currency - Bitcoin.
It is constituted of blocks of a similar size (between 0.7 and 1.3 Megabytes), each of which are composed of transactional data. The number of transactions that make up a block is variable: miners choose how they compose the block they “mine”. However, the miner is incentivized to compile as many transactions as possible into a block because each transaction enables the miner to receive a payment (or “transaction fee”) in addition to the "block reward" if its block is validated and enters the blockchain.
The validation of a block takes place when the “cryptographic key” is resolved by the calculations of the miner — this is known as the “target hash”. Simply, the miner’s computer is trying to solve a complex calculation by hashing (guessing, attempting) the answer. The difficulty of this calculation adjusts itself at regular intervals so that the calculation time required for the hashing of a block remains around 9-10 minutes. If the hardware (ASICS chips, for example) and/or algorithms are evolving, or the network of miners is expanding (and with it the mathematical likelihood that a miner will complete the hashing of a block in less than 9-10 minutes), then the difficulty will adjust. Similarly, if the network of miners shrinks, then the difficulty will be reduced.
Diagram of the difficulty of the hash of the Bitcoin blockchain, which adapts in particular to the size of the miners' network: https://btc.com

The miner (or group of miners, called “pool”) that reaches the target hash first wins the “reward" (or “block reward”) and has their block added to the blockchain. When it comes to a mining pool, the reward is shared between miners, who choose to earn less, but more often by pooling their computing power together.
The award was fixed at 50 Bitcoins per block back in 2009, and is algorithmically divided by two every 210,000 blocks (approximately every 4 years at a rate of 10 minutes per block). Nakamoto's vision was that this award would motivate miners in the early days of Bitcoin, and that once launched and massively adopted, transaction fees alone would be enough.
The two previous divisions of the block reward (or “halving”) have been significant events in the behavior of the cryptocurrency exchange rate, with notable effects appearing about 12 months earlier. (Which is why crypto analysts and traders are currently restless.)

What About The Limit Of 21 Million Bitcoins?

Satoshi Nakamoto realized that a money supply of millions of coins from the start would have resulted in a ridiculous value per coin due to extremely low demand. At the same time, not limiting the maximum money supply of Bitcoin in circulation would result, as can be seen with conventional currencies, in inflation that, if poorly controlled, would degrade one of its three main functions as a currency: to build a reserve of value. This is the reason why, from that point of view, Bitcoin is closer to an asset like gold than to the dollar or euro (and their repeated quantitative easing).
Nakamoto, therefore, proposed a calculation system that triggers the creation of Bitcoins as a reward for each validated block, according to a logarithmic distribution:
- a block reward of 50 Bitcoins per block validated at creation
- a division by two of this block reward every 210,000 blocks (approximately every 4 years)
That is 1,800 new Bitcoins introduced to the market every day (900 per day from the next halving). But then how do we arrive at the maximum number of 21 million Bitcoins? Here’s the logic:
- One “halving” every 210,000 blocks
The amount of Bitcoins created for each block reward is divided by two at each “Halving”
-  The first "halving" was 50 BTC, then reduced to 25 BTC 210,000 blocks later, then 12.5 BTC another 210,000 blocks later, etc.
-  The geometric sequence of 50 + 25 + 12.5 + 6.25 + 3.125 + ... converges toward a total of 100. The block amount multiplied by this convergence (210,000 x 100) equates to 21 million — the total amount of Bitcoin that can be created. The block reward converges to zero over time.

So now you know exactly how the 21 million limit is defined, but then, why this number precisely?

Some people have suggested that it is a reference to a 21 meter cube which represents the volume of all the physical gold extracted on Earth (about 190,000 tonnes at the end of 2018). Others refer to the Monetary Mass M1 (coins and banknotes in circulation) which was fluctuating around $2.1 trillion dollars when Nakamoto launched Bitcoin in 2009.

Still others refer to the so-called "double precision" format used in floating point arithmetic  — a type of mathematics used by computers to handle decimals. To cut to the point, 64 bits are used to denote a decimal on a computer system, 11 bits of which are the exponent, leaving 52 bits to be used to represent the decimal itself. However, in order to avoid rounding errors, one bit is often left unused, meaning that generally 51 bits are used to represent a decimal. The maximum number that can be represented by 51 bits? 2100 trillion — the maximum amount of Bitcoin pieces that can exist.
The truth is, Nakamoto took this secret away with his silence, and no one knows and — in the end — it doesn't matter. As he mentioned in his response to his friend Mike Hearn on the 12th of April 2009:
"My choice for the number of coins and distribution schedule is based on a “finger to the wind" estimate. It was a difficult choice because once the network was launched it would be fixed forever and we would have to deal with it. I wanted to choose a configuration that eventually gives a value per coin similar to what we will see with traditional currencies, but without being able to predict the future, it is extremely difficult. I finally opted for a compromise situated in between ( a ‘limited use’ and an explosion towards a currency with a horizon of global use”.

If we reason in Bitcoin, yes, obviously, but it is not the right unit of measurement. Bitcoin can be fractionalised into units called satoshis, which are worth a hundred millionth of a Bitcoin (0.00000001 BTC).
We should really be comparing the quantity of satoshi available with the projection of the Monetary Mass M2. In this case, the satoshi can pretend to one day occupy the place of a major currency, however its overall volume is already three times less than the G20 countries' combined M1 money supply alone.
Right now that stands at 40 trillion dollars (short scale) of which the USA constitutes 3.8 trillion, 7 for China and Japan (each), and 10 for the Eurozone. That’s compared to 14 trillion satoshis (short scale) — taking into account the 4 million Bitcoins mined but effectively “inactive" (lost addresses, zombie portfolios, etc.). The gap is even greater if we consider GDP, with a world total of about 80 trillion dollars.
Given this shortcoming, Bitcoin, even if its scalability limits are resolved (number of possible transactions per second on the blockchain), does not stand a chance of becoming a worldwide currency. And this is an important point to remember as an investor — because at some point it will make sense to switch to a more modern cryptocurrency that is technologically more evolved, and whose specifications will have integrated this objective from the beginning.
Disclaimer: the writer of this article operates a private fund in cryptocurrencies which includes, in particular, Bitcoin. He invests in cryptocurrencies on his own behalf and on behalf of third parties.