Crypto Staking: Assessing the Risks and Profitability of USD Neutrino, Cosmos and others 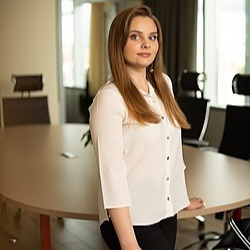 Crypto industry keeps generating new investment tools – only to be discarded  in disappointment a year or two later. The latest trend is staking - delegating coins to to earn validation rewards on the blockchain. Is it a legitimate passive income scheme? And what should you choose - regular PoS coins like Cosmos or stakable stablecoins?

In the past few years, we've gone through a staggering number of get-rich-with-crypto ideas. ICOs, margin trading, arbitrage, cloud mining, PoS mining, masternodes, IEOs – each of them was hailed as 'safe' and 'transparent'. But time and again, time proved that there's no such thing as a safe crypto investment. Even IEOs, the hottest trend of 2019, mostly resulted in huge losses for most investors.

The latest idea to take over the crypto community is staking, which promises returns of up to 30%. How does it work?

Every cryptocurrency needs an algorithm to validate transactions. Bitcoin and Ethereum both use Proof-of-Work (PoW) - a secure but  extremely energy-intensive algorithm, in which miners race to solve cryptographic puzzles. Whoever finds the solution first gets the prize, called block reward.

In 2012, a new solution was proposed, called Proof-of-Stake. Instead of solving puzzles, nodes stake (lock up) coins to validate transactions and earn a fee. The larger your stake, the higher your chances to validate a new block. So, statistically speaking, those with a larger stake earn more.

PoS 'mining' isn't exactly passive income, however. True, one doesn't need expensive hardware. But you'll still need to run the validation software on your device (preferably 24/7) and update it regularly.

The industry quickly found a way to make PoS mining a true 'earn money while you sleep'. In the current staking schemes, you entrust other people to do the validation for you. The scheme is very simple:

1) The user buys coins to create a stake;

2) The validation rights associated with the coins are delegated to a third party (staking provider);

3) Resulting PoS rewards are split between the stake owner and the platform. You can reinvest your rewards to increase your stake and earn a compound interest.

Note that all leading platforms are non-custodial, meaning that users retain control over their assets.  Coins are delegated, not transferred.

Each staking coin has its own transaction fees, staking reward rate, block time, etc. Further, each of these projects was created with a specific purpose in mind – for example, as an infrastructure layer for the blockchain.

Reward size depends on the chosen coin and on the fee of the staking platform. Below we'll outline the 5 most popular coins.

1) Tezos (XTZ) – a blockchain whose rules can be changed by the nodes (users) through an on-chain governance system.

2) Cosmos (ATOM) – an interoperability protocol that should allow different blockchains to 'talk' to each other.

3) Terra (LUNA) - a coin designed for e-commerce; 8 months after launch, it already gained over 1 million users.

5) IRISnet – a service infrastructure built on top of Cosmos.

The key problem with staking PoS coins is their extreme volatility. For example, the price of ATOM has decreased by 40% since the beginning of 2020, nullifying investors staking gains.

A logical solution is to create stakable stablecoins, whose price is pegged to a fiat currency. So far, there is only one such coin - USD Neutrino (USDN). It has a market cap of around $12 million and is pegged to the USD but backed by WAVES. Unlike USDT, GUSD, and other regular stablecoins, USD Neutrino is fully algorithmic, so the staking process is completely governed by a smart contract, just like with XTZ, ATOM etc.

The rewards are generated in WAVES using the LPoS (Leasing Proof-of-Stake) algorithm and then converted to USDN. The final ROI depends on the market price of WAVES and on the share of the staked USDN in the total supply. The average yield is 8-15%.

As we pointed out above, each coin has its own reward rate. Moreover, every staking platform charges its own administrative fee as a percentage of the reward. This results in noticeable profit differences when staking the same coin on different platforms (see next section).

This is the platform with the largest number of supported coins – 11 as of the time of writing. It also has more client funds staked than any other platform: circa $32 million out of the total of $43 million (with $11 million in platform's own assets). P2P.org currently has 1431 clients and has already paid out almost $2.46 million in rewards.

The platform allows users to stake just 4 different coins: Cosmos, Kava, IRISnet, Kava and E-Money. As of May 2020, there are $49.2 million staked. Cosmos (ATOM) account for 35% of the amount. It's worth pointing out that over 60% of the funds staked on the platform are the company's own assets – once again, 35% of these are invested in ATOM.

Dokia takes the second place on our list by the amount of funds staked by users. There are currently 198 delegators.

3) Waves.Exchange. The platform offers 2 staking products: USDN (Neutrino) staking (the current estimated yield is around 24%) and WAVES leasing (fixed 6.5% rate). A total of $3.3m in USDN was staked at the time of writing, or 28% of the total supply.

Certus.One positions itself as the industry's leading PoS validator. It currently supports 4 PoS coins (Cosmos, Terra, Loom, IRISnet), with plans to add 7 more. Interestingly, Tezos is absent from the list. As of May 2020, there were almost $30 million staked on the platform.

Apart from staking services, it provides a white-label solution for entrepreneurs who want to start their own staking platform without investing in the infrastructure.

The platform supports 9 PoS coins, including Tezos, Cosmos and Cardano. It also stakes its own tokens on its validator nodes, not just those of its clients.

The table compares the returns on different coins and platforms when investing $1000 with compound interest. Note that it doesn’t include USD Neutrino, for which the returns can vary between 10% and 25%, depending on the price of WAVES and on the share of staked coins.

The reward rates definitely look attractive, and the effort is minimal. However – and no matter how much staking providers stress their security – this investment tool comes with certain risks:

One more problem with volatility is that it can spread from a single point to impact the whole industry. The market is dominated by Bitcoin, so when the price of BTC goes down, others follow. Thus, the value of one's stake can rapidly decrease even though there's nothing wrong with the coin itself.

The only volatility-proof option is USDN. Even though the ROI can vary depending on the price of the underlying asset (WAVES), the rewards are transferred daily in stable USDN, thus automatically hedging the holder’s risk.

2) Project closure risk. There are over 5000 coins and tokens listed on CoinMarketCap – and the industry clearly doesn't need so many. CEO of Ripple Brad Garlinghouse recently forecasted that only 30 or so projects will make it in the long term. If the technological solution backed by a certain staking coin doesn't succeed, the market will lose interest in it.

3) Smart contract risks. Each coin has its own smart contract – and any vulnerability in it can be exploited by hackers.

4) Server risks. Staking service providers host their validator nodes on third-party servers – and those could break down or come under attack.

It's too early to say if coin staking as an investment tool will still be viable in a couple years' time. There's a risk that scammers might overrun the staking space, discrediting the whole enterprise – just like it happened with ICOs and cloud mining. For now, anyone willing to take the risks would do well to stick to stablecoins and major PoS coins - even if minor coins might  offer a higher nominal reward rate.

How the e-commerce market will really change with the advent of Blo...