China was right to clamp down on ICOs 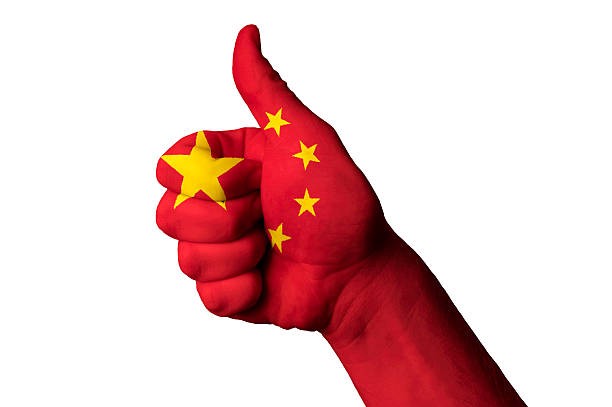 There were clear signs action was coming, but the scale of enforcement has caught many off guard, with Ethereum down 20% in the last few days and popular Chinese tokens such as the “ambitious” Hshare and “Ethereum of China” NEO down 60% and 40% at the of writing, with other popular tokens such as Qtum and EOS also taking a hit.

However, this is a positive move for the token market.

China is a country with significant excess liquidity that finds itself in everything from commodity stockpiles to dubious Wealth Management Products, which have gathered $9 trillion on the assumption the government will bail them out.

Against this, the $400 million deployed by 105,000 investors into ICOs is a drop in the ocean, but an area that was rapidly growing with the potential for a real bubble.

The importance of ethics (and regulation)

As with most ICOs worldwide, there has been scant attention to ethics or regulation, with many tokens either hugely over-promising or simply trying to circumvent regulation out of ignorance or fraudulent intent, especially in China where the requirements for listing on exchanges like ChiNext aren’t overly onerous.

This action is similar to the blanket ban on banks handling Bitcoin in China in December of 2013 and the reaction following discussions with major exchanges in the country in January of this year as it appeared capital flight via Bitcoin was accelerating before they stabilised the Yuan.

However, the nature of cryptocurrency means that there will be regulatory arbitrage with many token sales relocating to locations like Singapore, which has set its stakes on being a friendly location for regulation, although we can expect more to be incoming.

The price drop in Ethereum is not surprising as while it has increasing current utility value, much of the rise in price over the last year has been due to the market giving it a lower risk rate when looking at future expected utility, ie how much it will be used in future.

With infrastructure rapidly growing around the ecosystem we should expect more capital to be directed towards constructive, well thought out projects and more consumer protection. This is particularly important as a huge amount of work is needed to correctly construct token economies, from understanding the monetary system to game theory and behavioural economics to properly align incentives.

The correct governance and ethical structures also need to be put in place to constrain the uglier side of human behaviour, something that is being undertaken in a self-regulating basis by initiatives like the #TokenEthics roundtables and the ICO Governance Foundation.

The mega whales are coming

Institutional capital is just dipping its toes into cryptocurrency and as we see the sector continue to mature we can expect more capital to be deployed to worthy and well structured projects, delivering sustainable returns to investors, versus lower quality ones that will destroy investor capital.

Unviable tokens that over-promise and require significant leaps to achieve, even if they are not just scams, drain liquidity from more worthy projects and ultimately result in capital leaving the system as balances are drawn down into local currency.

The potential of tokens is in providing a new infrastructure for original models of cooperation and incentives as opposed to ignoring consumer protection laws or making a quick buck.

To many tokens also fail the “why a token versus Bitcoin/Ethereum” test and rising due diligence and principles to value token economies spurred by regulation should help many investors avoid these traps.

For those that believe in the long-term viability of the positive parts of the ecosystem, moves like those today should be taken as positive as restrictions are unlikely to last and should result in stronger disincentives to try to jilt investors and stronger incentives to be ethical and correct.

We can expect the ban to be lifted soon and guidelines put in place. The SEC and others are unlikely to follow in terms of a blanket ban, but we should expect some of the more egregious frauds to be cracked down on.

While the market pain for token holders may be extreme today and the PBoC was perhaps a bit harsh, this should be seen as another step on the road to a cleaner model and higher long-term potential.

Emad is Co-CIO of Capricorn Fund Managers and Co-founder of Ananas, a UK-based charity using cryptocurrency to create a decentralized global knowledge base for peace.