Charting The Rise of Augmented Reality: How Will AR Develop in The Next Decade? 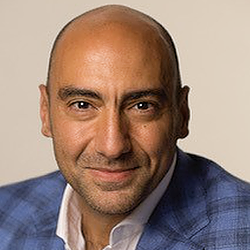 There are few more exciting emerging technologies than that of Augmented Reality. With practical applications in the healthcare, entertainment, collaboration and plenty more, there’s plenty to be excited about across AR and the industries it has the potential to disrupt and enhance.

So much has been made of the technology surrounding Augmented Reality is forecast to attain a market size of nearly $200 billion by the year 2025. 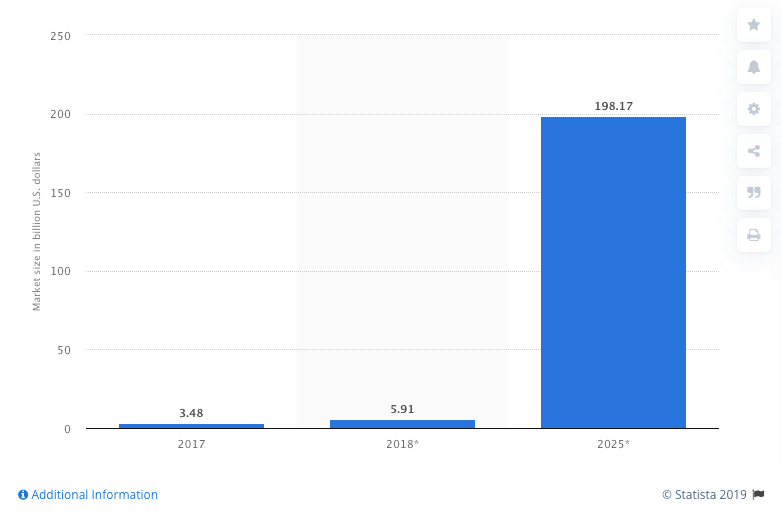 Although historically less popular than its sci-fi infused sibling, Virtual Reality, AR set on its path into becoming a household name through the arrival of mobile gaming applications like Pokemon Go and retail apps such as IKEA Place.

But what exactly is Augmented Reality? And how far-flung will its usage be as we move into the next decade of technological developments?

Well, unlike in Virtual Reality, where technology acts to ‘submerge’ users into a completely different reality that bears no resemblance to the space the user occupied before, Augmented Reality typically embeds a digital layer on top of the user’s view of the real-world before their eyes.

This enables AR applications to seamlessly interact with the reality that we’re used to seeing. Using this technology, rich levels of high-quality information can be embedded on top of what the user is visualising in a way that could potentially, educate, aid, or entertain them - depending on the task at hand.

Naturally, this means that AR has the potential to provide students with a fully interactive and immersive educational experience - or workers with an in-depth training walk-through that would never have been possible otherwise.

The next decade will be a significant one for Augmented Reality. With the rise of companies like Mesmerise, that provide full-service studio crafting AR, VR & MR experiences, the Augmented Reality sector is becoming more accessible to businesses in various industries. For instance, instead of sticking to standard text formats, publishers are now able to extend the reach and engagement through interactive, immersive editorial pieces.

The technology has been developed to the point where it’s already beginning to attain a level of prevalence within our daily lives, but the arrival of 5G connectivity in the coming months will exponentially enhance the power of AR and how it can be applied. Here’s a look at some of the most significant developments we can expect when it comes to Augmented Reality in the near future:

(An illustration of the level of augmented reality connectivity that Scope AR is capable of providing. Image: Scope AR)

The next decade will be brimful of even more interconnectivity than the last. This not only means that we’re in for another decade of social media omnipotence, but that we’ll have access to the level of collaborative tools that’ll allow colleagues to interact with each other worldwide in ways that have never been possible before.

The image above comes from Scope AR - a remote Augmented Reality company that enables intuitive remote assistance solutions in a range of industries.

Through the use of compatible devices, Scope enables industry experts to aid and educate workers by providing a literal insight into their line of sight. Through the use of tablet cameras, users can beam live images to colleagues who can then interact with the pictures to provide instructions and insights.

While this brand of technology has clear advantages for engineering and labourers who are regularly required to operate machinery in new locations, there’s also plenty of potential for this concentration of Augmented Reality to benefit the industries of education, healthcare, manufacturing and many public services.

Speaking of healthcare, Augmented Reality already looks set to make plenty of waves in this particular industry throughout the next decade.

One particularly significant application that carries on from the pioneering technology driven by Scope AR can be found in operating rooms across the world in the coming years.

It’s expected that AR will be able to aid surgeons during complex operations by enabling experienced colleagues to gain access to an interactive digital overlay as the surgery is taking place.

Here, experts can draw visual cues which will appear in the surgeon’s line of sight in real-time to help guide them through the procedure.

Augmented reality can also help in diagnosing illnesses in patients while tools like AccuVein has the ability to provide a digital overlay of a patient’s network of veins and arteries as a means of helping doctors to insert drips into their bloodstream - a task that’s not always as easy as it seems for those with deep-set veins.

Of course, as the world continues to expand and more of us begin to age, the need for the efficient implementation of technology like Augmented Reality within healthcare becomes more pronounced. While the arrival of AR within public hospitals and surgeries across the world may depend on how much the industry is funded by its respective governments - it’s reasonable to expect the technology to develop over the next ten years and potentially become affordable on a widespread scale as we move into the second half of the decade.

The future of entertainment 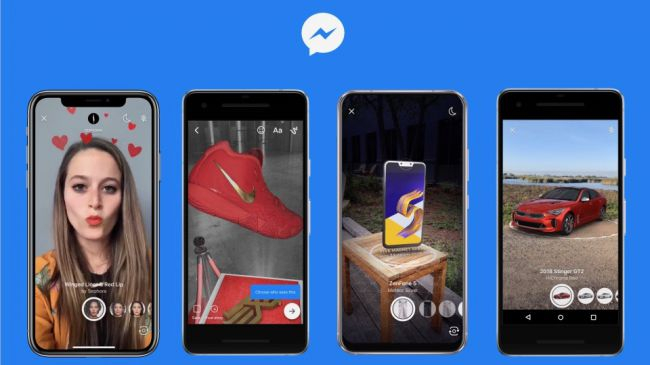 Augmented Reality is, frankly, everywhere when it comes to entertainment. Both Snapchat and Facebook Messenger filters have left us grinning as digital butterflies fly around our faces, and even three-years after its launch, it doesn’t take too long before you pass a Pokemon Go enthusiast on the street.

Augmented Reality may have already made in-roads when it comes to infiltrating the entertainment industry, but with the promise of 5G connectivity on our respective doorsteps, it’s clear that we haven’t seen anything of the technology yet.

As TechRadar notes, “our current 4G networks simply don’t have the capacity to bear the weight of more connected or shared AR experiences...It’s here that 5G will be able to take AR to the next level. The next-generation mobile network will massively increase capacity and lower latency.” 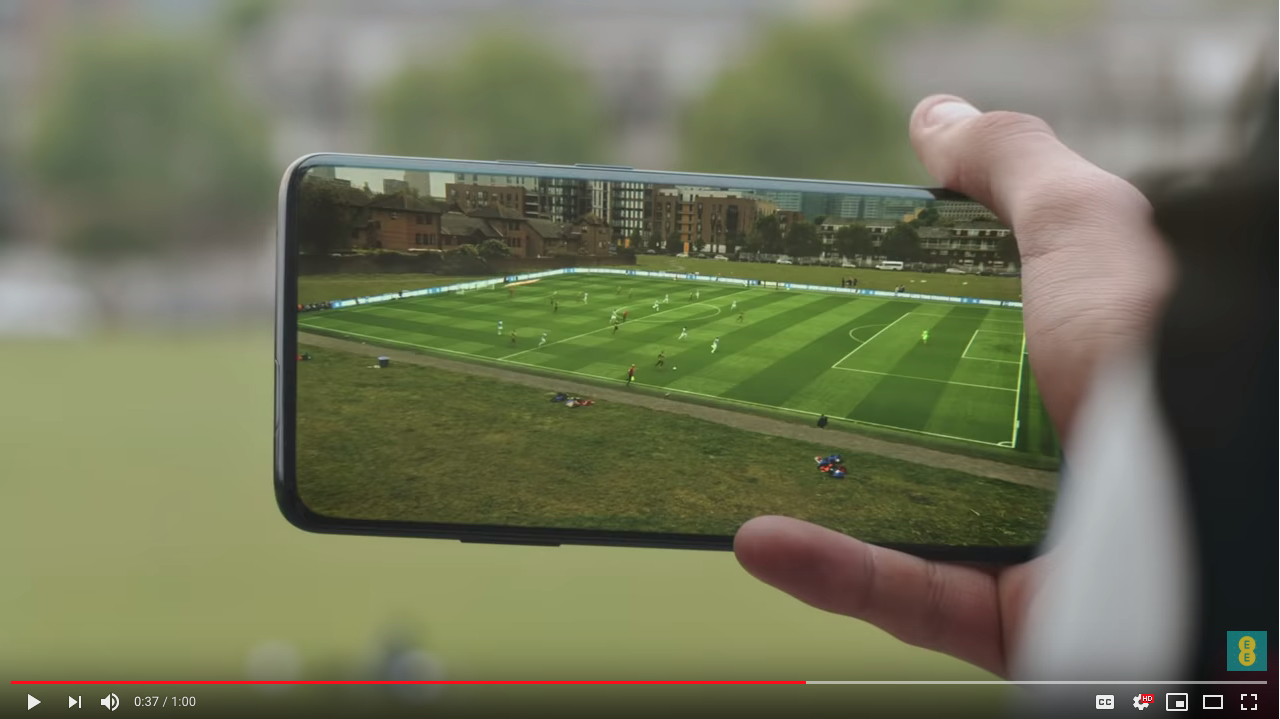 Over the summer, mobile phone network, EE, ran a television advert that claimed to show viewers what a future driven by 5G technology would look like. Alongside virtual reality experiences that seamlessly placed football fans inside a stadium via the use of Virtual Reality, the ad also showed two users super-imposing a football match into their line of sight using a smartphone.

Such levels of interconnectivity and high-speed data speeds may not be widely available today, but tomorrow is just around the corner, and the next decade of developments looks highly promising for the widely applicable powers of Augmented Reality.

Pros and Cons of The Gig Economy: Can Remote Workers Be Assets in S... 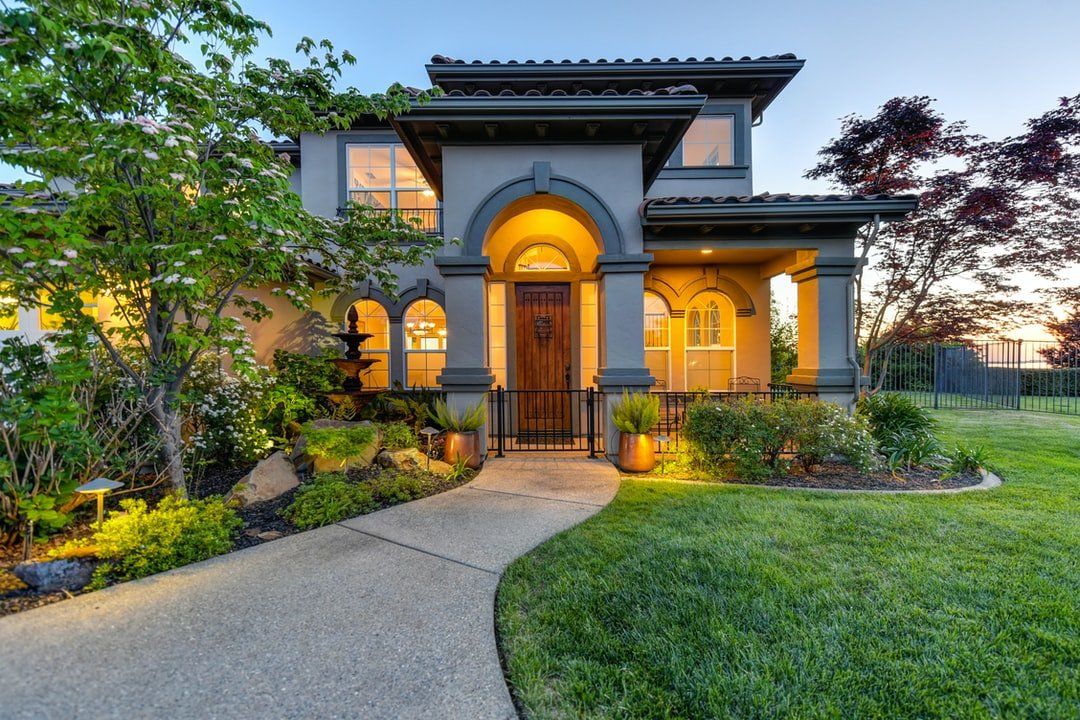