Decentralized finance or DeFi, for short, has emerged over the last year, building significant momentum over the year as the Total Volume Locked in the sector has surpassed over $35 billion in comparison to $1 billion in February last year.

Newer platforms like Fusion and Fantom are evolving the DeFi sector with interoperable and scalable solutions such as liquid staking, cross-chain swapping, and more. Fusion’s DCRM technology and the Fantom foundation’s DAG-based smart contract platform are expected to grow the Defi sector tremendously.

Both the networks aim to allow users to execute sophisticated financial functions while solving the scalability and interoperability issues of existing blockchain solutions, making way for the Internet’s new age. 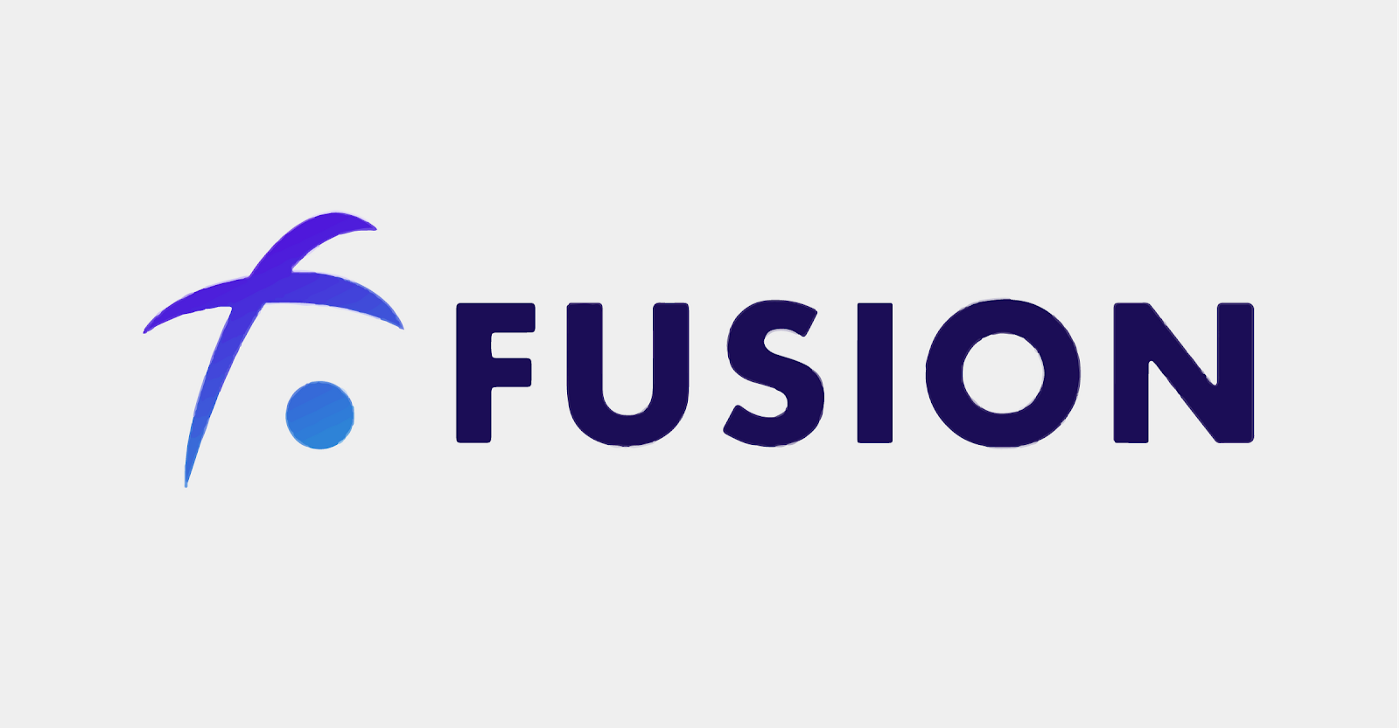 Founded in late 2017, the Fusion project proposed establishing a platform-level public chain where the tokens’ private keys on multiple blockchains can be securely moderated in a distributed fashion using its proprietary DCRM solution.

At the core of the Fusion project’s design is a distributed control rights management system (DCRM), smart contracts creation, and hierarchical hybrid consensus mechanisms (HHCM). The project’s strategy is meant to catalyze the emergence of the Internet of Values.

The HHCM enables the following for the Fusion project. 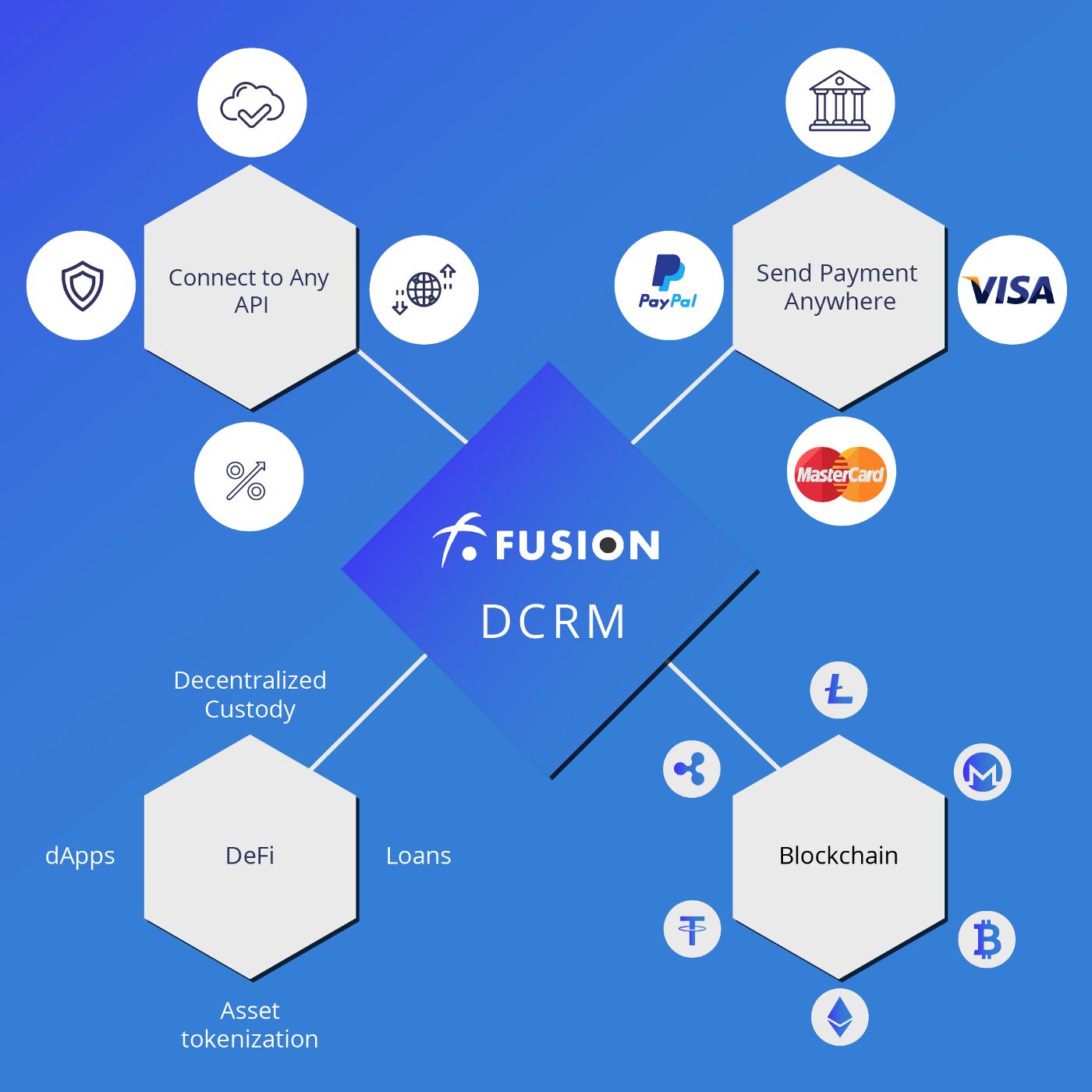 With the lock-in and lock-out process, users can simply validate asset ownership by generating a private key with the distributed sharding algorithm found in the DCRM. Users transfer the control of their assets to the DCRM through a centralized management framework. After the transference of authority is completed, a smart contract will update the user’s account on Fusion.

The Team behind Fusion

The Fusion foundation was introduced by DJ Qian, the CEO of a popular blockchain incubator, BitSE. BitSE was nominated as the top fintech startup globally and awarded with the year's most powerful blockchain infrastructure. BitSE has also led to the establishment of VeChain and QTUM.

Most of Fusion’s success can be attributed to its technology and the open-source community behind it. The developer community has actively improved the platform’s protocols and features. Fusion has a group of honest developers called the FOSC. The group comprises some of the best open-source developers, translators, designers, and more.

The DCRM has several use-cases for storing cryptocurrencies. By combining DCRM with the ability to validate asset ownership, Fusion inherits a diverse set of use-cases.

Based on Fusion DCRM technology, Anyswap is a unique, completely decentralized, cross-chain swap protocol that provides users with automated pricing and a sophisticated liquidity system. The Anyswap decentralized application is compatible with notable blockchains such as Fusion, Binance Smart Cain, Ethereum, and Fantom, making it the first true cross-chain DEX.

Anyswap acts like a decentralized cross-chain bridge. Users can deposit any coins into the protocol and mint wrapped tokens in a decentralized ecosystem. Users can also instantly swap from one coin to another without any risks to anonymity or privacy. Additionally, Anyswap also offers a liquidity provider that adds and withdraws liquidity into swap pairs on the application.

Furthermore, Anyswap exchanges different pairs on each of its supported blockchains. The newer version of Anyswap will offer direct pairings in addition to pairings with base coins of Fusion, Ethereum, Fantom, Huobi Eco Chain, or Binance Smart Chain.

Note that Anyswap users have to pay the gas fee for the respective blockchains they deal with. Also, users have to pay 0.4% of the sum they transfer, where 0.3% is assigned to liquidity providers, and 0.1% goes to Anyswap. 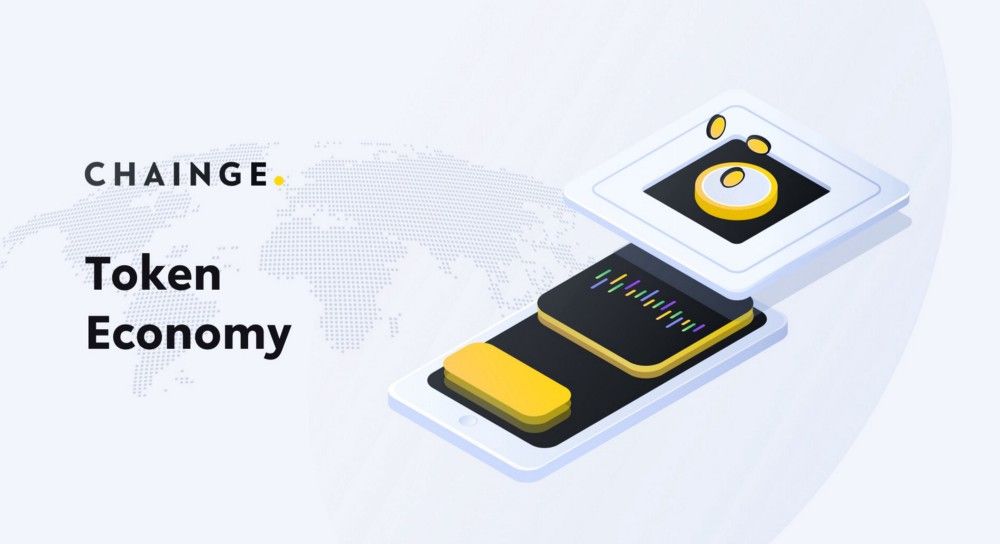 Based on Fusion’s DCRM technology, Chainge offers instant coded financial services that span multiple blockchains such as Ethereum and Binance Smart Chain. With zero investment required, users can freely leverage power-coded finance services by using the free tokens provided to them for joining the early adopters waiting lists. No upfront investment is required to leverage the power of coded financial services as users can utilize free tokens provided for joining an early-adopters waiting list.

Users can also provide financial services as a coded bank by providing loans, escrow and protect their friend’s account’s security with multi-sig services. Chainge simply banks the unbanked and allows users to build their own digital bank. 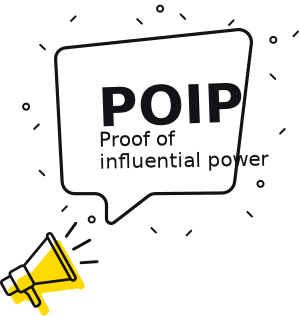 It should be noted that Chainge is invite-only at the moment based on POIP, but you shouldn’t worry because you can click on this link and use my referral in order to get some Chainge tokens, (thank you).

Is Fusion a Good investment?

Fusion’s technology is easily one of the most sophisticated systems existing in the cryptocurrency market. The FSN token is an excellent investment based on its use-cases, its solution to interoperability, scalability, and usability. By investing in FSN, you are investing in its adoption.

Although the token is ranked at 430 by Market Capitalization, the token has gone up in value at the time of writing, priced at $0.75. Fusion token accumulates a market cap of over $36.8 million with a trading volume of almost $16.5 million.

Moreover, the token has taken a bullish run after breaking the resistance level at $0.6 after 3.5 months. It’s plausible that the token will go through price corrections. For a project of this level and activity, the price is considerably low. However, paired with the ideal tools, you can make this investment the right decision. 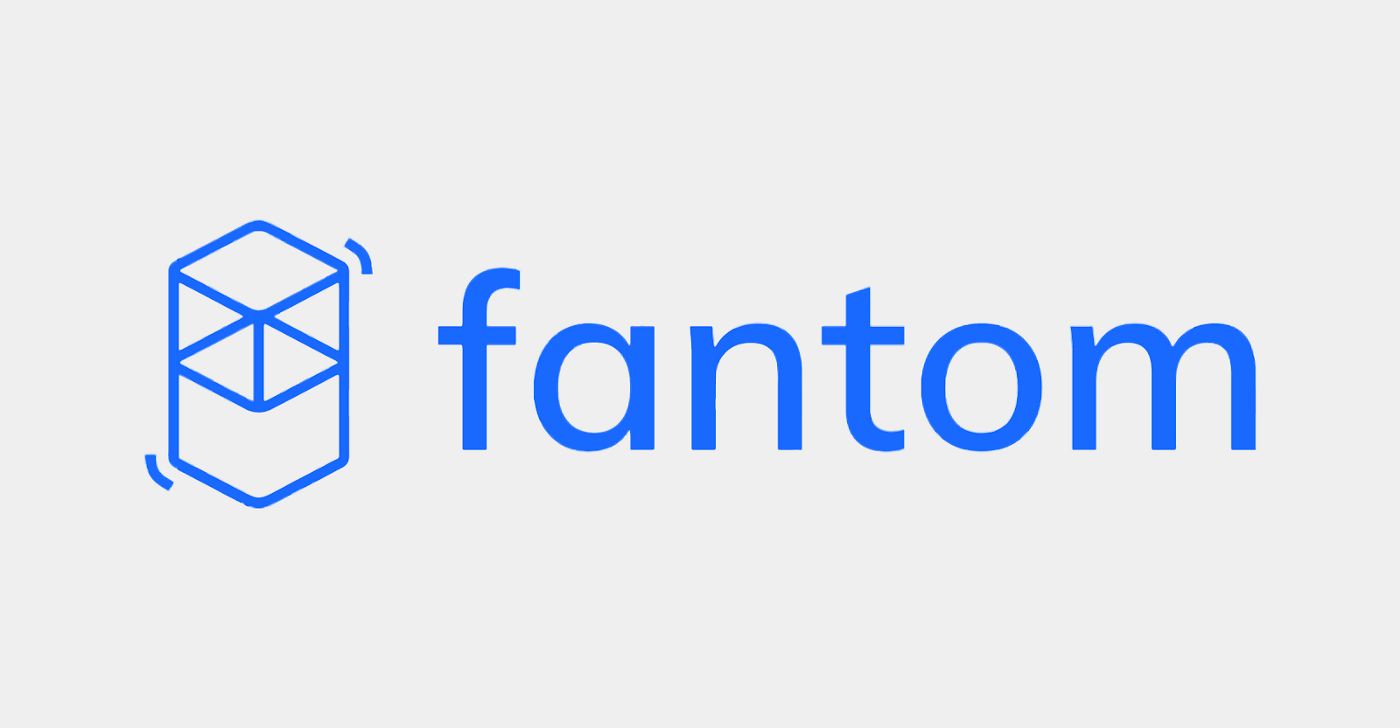 Fantom strives to stand out from the conventional block ledger-based storage infrastructure by employing a sophisticated DAG-based protocol called the Lachesis Protocol.

Fantom has proven to achieve a transaction time of under two seconds. Moreover, Fantom can process thousands of transactions per second to scale to hundreds of nodes on the network. 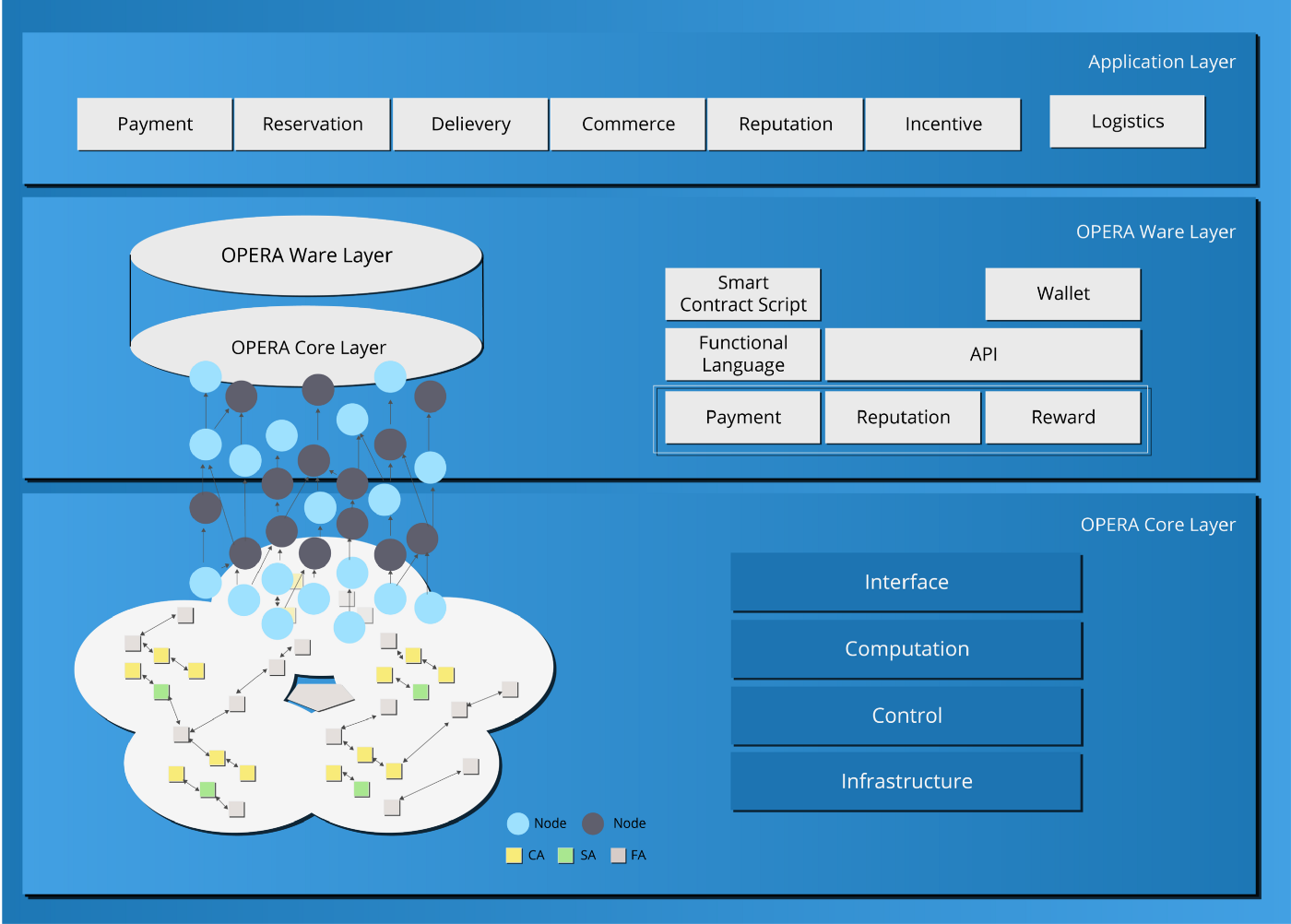 Fantom delivers the first DeFi stack built on top of an aBFT consensus mechanism, making it the fastest, cheapest, most reliable, and most secure platform in the ecosystem. Users can use their FTM to mint fUSD and access DeFi tools, use their fUSD to trade synthetic assets, or lend it to earn interest and borrow synthetic tokens. Let us discuss some of the core features of the Fantom ecosystem.

Users can instantly buy synthetic assets from the ease of their Fantom wallets. Users can use their FTM or fUSD to trade over 170 different assets and tokens, including fBTC, fETH, and other notable assets.

Users can seamlessly lend FTM and fUSD to the liquidity pool and earn passive interest on their capital. Moreover, users can use fUSD to lend synthetic assets and trade on fSwap from their Fantom wallets’ ease. 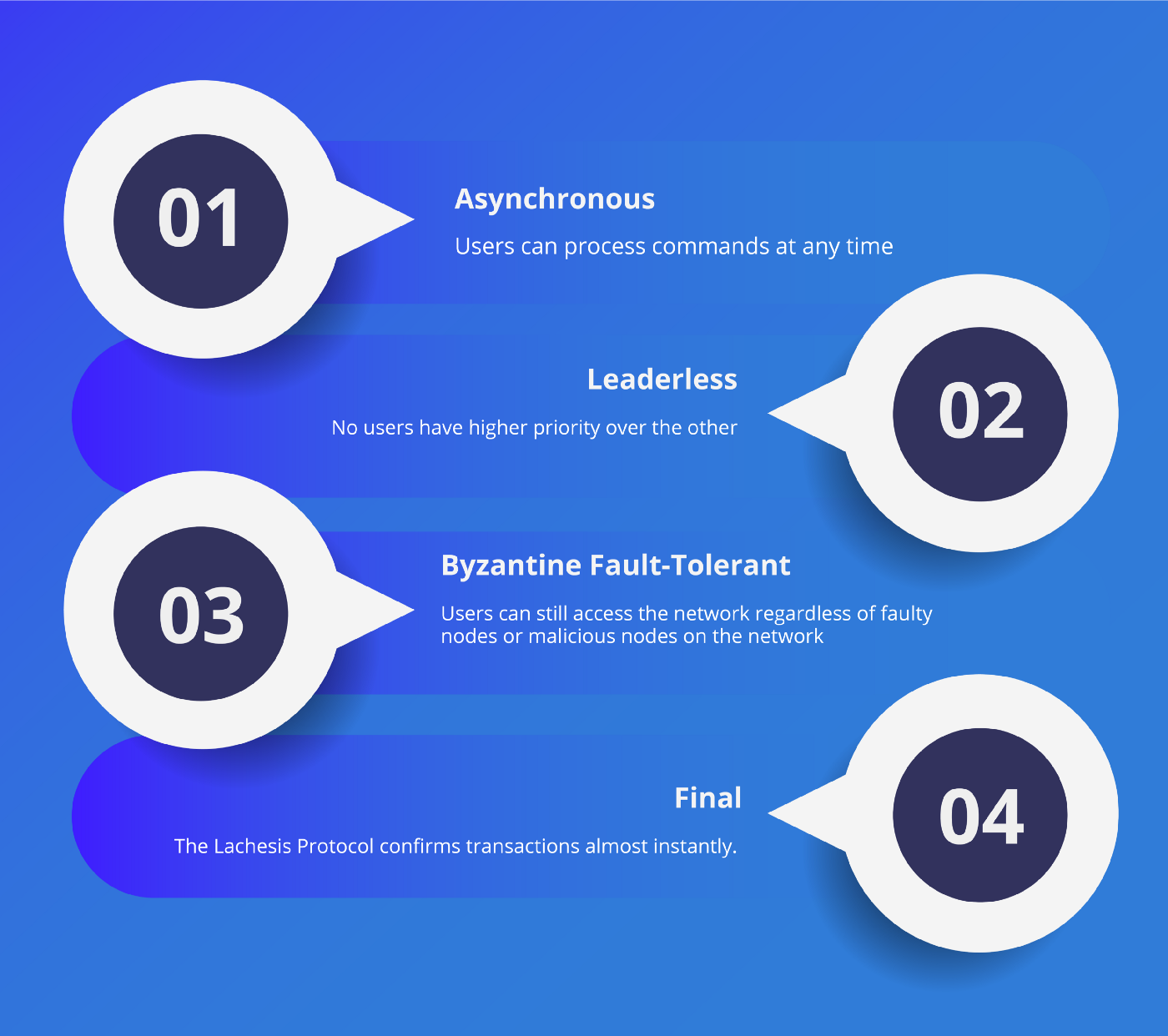 The Lachesis Protocol essentially stores a Local Acyclic Directed Graph that comprises event blocks, each composed of transactions on the network. The DAG then monitors the happen-before relation between transactions and computes the exact final order of independent transactions on each node.

Additionally, The Lachesis Protocol dramatically saves time by making validators on the network periodically exchange the monitored transaction and events with nodes. Interestingly, Fantom also employs the proof of stake consensus protocol to secure the network from potential Sybil attacks with a minimum requirement of 3,175,000 FTM from validators.

The Team Behind Fantom

With the emergence of various viruses and illnesses worldwide, Fantom has been expanding as a smart medicine solution to showcase Fantom Technology and Blockchain technology's numerous use-cases.

Is Fantom a good investment?

Fantom has a surpassed $385 million market cap with a trading volume of $65.6 million, priced at $0.15 per FTM at the time of writing. Considering the numerous use-cases Fantom has to offer and the features it is built on, Fantom is undoubtedly a fantastic investment. It provides speed, security, and ample room for growth. Moreover, the coin is ranked in the top 100 coins, therefore making Fantom an excellent investment.

The DeFi space is growing tremendously since its inception, and platforms like Fusion and Fantom are proving to be the catalyst in this ever-growing niche. As we have discussed, these platforms are more oriented towards solving some of the core problems, namely scalability, and interoperability.

With these scalable, efficient, and interoperable platforms, the DeFi sector could achieve mass adoption and remove some of the core bottlenecks. The price and every growing upward trend are a strong indication that the audience is showing significant interest to encourage growth and adoption.

A special thanks to Chookz !

Disclaimer: Nothing in this article constitutes professional investment advice. All opinions belong to the author alone. Please conduct your own research before making any investment decisions.