Originally published by Mina Down on October 20th 2018 820 reads 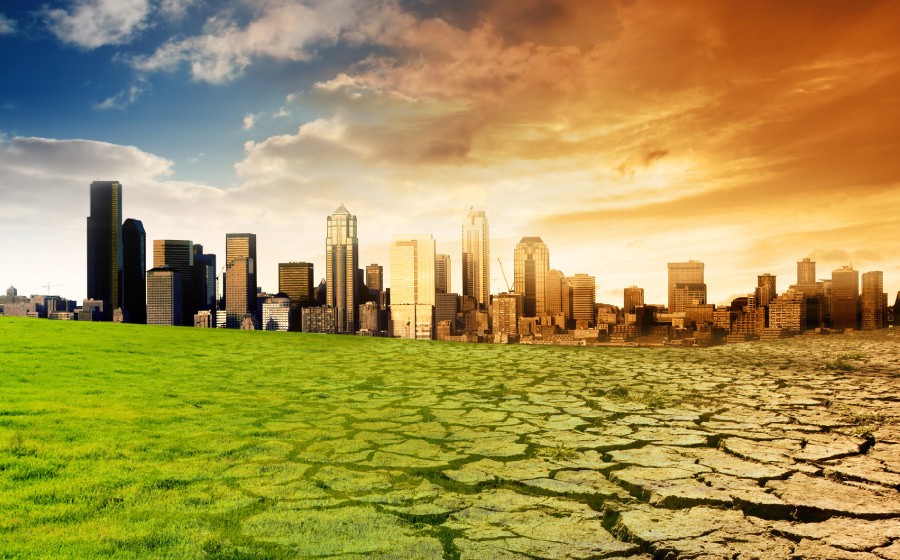 Earth is reaching a limit to how much carbon emissions it can cope with before it becomes unsafe for human life. One non-profit foundation plans to use blockchain to help us avoid climate catastrophe.

The science is clear that climate change is real and the world must act to mitigate its impact. Human activity is changing the composition of our atmosphere by releasing higher quantities of greenhouse gases such as carbon dioxide. We do this through our energy and transportation systems, agriculture, and waste systems, among other activities.

Climate change is already causing extreme global events, such as fires, migrating diseases, flooding, ocean acidification, and mass migration. Climate change impacts have cost the U.S. economy at least $240 billion a year over the past ten years, and in the next decade, that figure could increase to $360 billion.

In short, the world is reaching a limit regarding how much carbon emissions it can cope with.

The creation of carbon credit markets is one way to achieve carbon neutrality. Carbon credits can offset pollution resulting from running a business or purchasing a product. A carbon credit is what you get when an emissions reductions project avoids the release of one metric ton of carbon dioxide into the Earth’s atmosphere.

A product is “climate positive” when at least 100% of the carbon emissions used to produce it are offset using carbon credits. For example, a banana’s carbon footprint is 80 grams, which includes farm production, transport, and ripening. To make a banana “carbon neutral” those 80 grams must be offset by buying 80 grams of carbon credits. Thus, carbon credit markets internalize the invisible environmental costs of everyday business and consumer choices.

New government regulations mean some individuals are already paying for carbon emissions for some aspects of their lifestyle. For example, the European Union has an emissions trading system that puts a price on energy use. As it is legally enforced, this is a non-voluntary carbon market.

One problem with existing voluntary markets is they aren’t a mainstream solution. There are only so many people who will choose to visit a website. Also, measuring emissions in crude aggregate amounts (e.g. tons) and offsetting them as a one-off purchase makes it hard directly connect the expenditure of carbon credits to everyday activities.

Poseidon is a non-profit foundation that has developed a carbon credit platform to turn the negative environmental impact of goods and services into positive climate action. This is possible through the direct integration of carbon credit purchasing with the retail sector.

While there are many types of carbon credits, Poseidon is only using ones that are land-based. Examples of land-based credits include “blue carbon,” which support the conservation of coastal areas, and forest conservation credits. In general, land-based carbon credits are powerful because they provide many extra benefits beyond the emissions they offset. For instance, conserving forests protects biodiversity and local communities.

Poseidon’s initial focus is on retail integration. It’s building an end-to-end platform that lets retailers offer carbon credits with every product and service. A mobile app for consumers displays product details, its carbon footprint, and the number of carbon credits required to offset it. Using blockchain technology, the Poseidon platform will process micro-donations in almost real-time. The service Poseidon is suggesting is unique and represents the first carbon credit market to connect climate action directly to consumer purchases.

Poseidon chose Stellar as a blockchain partner as it is the only platform that offers scalability in line with Poseidon’s environmental values. Stellar’s architecture is much less energy-intensive than other blockchains. A Stellar transaction uses less electricity than both Bitcoin and Ethereum, and only a fraction of the electricity of a VISA transaction. This minimal environmental impact fits well with Poseidon’s overall purpose. Besides the Stellar blockchain, Poseidon will use proprietary software solutions to form the backend of its platform.

Poseidon has partnered with Ecosphere+ to ensure any projects added to its blockchain platform are monitored to the highest global standards. Ecosphere+ provides full impact reporting of carbon credits to ensure they meet strict environmental, social, and governance standards. This quality control is an essential part of the Poseidon platform.

The global climate crisis is imminent. To avert disaster humanity must make a substantial change to how we produce and consume. Yet, the task of becoming carbon neutral as a species is daunting. We need forward-thinking projects like Poseidon that are not profit-driven but based on a desire to improve our collective future.

Subscribe to my Medium and Twitter channels if you want to learn about blockchain and cryptocurrency projects. Frauswif.

If you have any questions about this article, please comment in the section below. frauswif. Thank you!