Building Trust & Security in Our Future 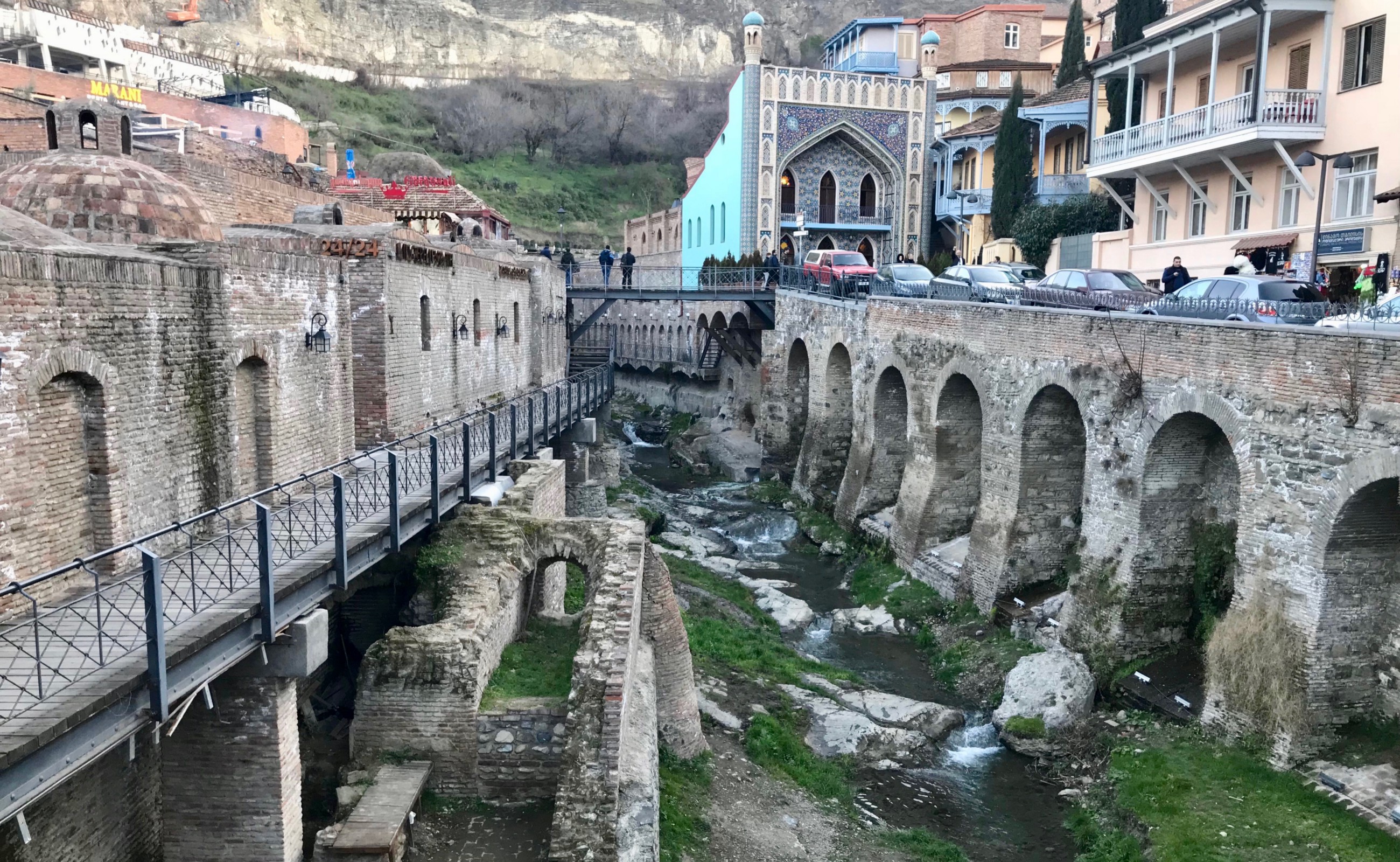 How Technology & Storytelling Dominate in a Decentralized World

Algorithms, data-analytics and machine learning increasingly determine who and what we trust in a digital age.

Clearly, we should add blockchain technology to this list.

This became very clear when I visited Tbilisi, the capital of the Georgia, last week.

I was in Tbilisi to present to more than 600 medium-sized and large companies about the importance of storytelling in building reputation and trust in a fast-changing, technology-driven world.

This message might sound a little counterintuitive. How can one of the oldest social activities — storytelling — be so important in a digital age?

I think there are several reasons.

Technology can actually help us tell “better” (i.e. high-impact) stories and, more importantly, “hook in” a wider audience. The best businesses and entrepreneurs know how to use technology to build, connect and share a reputation or brand.

Conversely, storytelling is vital to explaining new technologies and their benefits. In a globally competitive economy, storytelling becomes a key skill for differentiating (and “selling”) your product/service.

Storytelling and new technologies working together is the key to building reputation and trust in a decentralized world.

And people instantly “get” this.

As soon as I raised the issue of storytelling in the crypto and blockchain economy, a burst of energy swept through the room. Previous presentations — on reporting requirements and conventional forms of information disclosure — seemed to have the opposite effect.

This recognition and appreciation of the power of storytelling in the context of a technology-driven economy wasn’t surprising. After all, Georgia is among the top-3 countries in the world for Bitcoin mining. They understand new technology and the digital culture emerging around such technology.

This is largely due to BitFury, one of the leaders in Bitcoin mining hardware (ASICs) and chips, which also operates from Georgia. What is more important is that BitFury collaborates with the Georgian government in a project to register land titles using the Bitcoin blockchain. Georgia was quick to recognize the benefits of confidence in the distributed ledger technology.

The Bitfury Group and Government of Republic of Georgia Expand Historic Blockchain Land-Titling…
Land-Titling Project will Extend to Other Government Departments and Increase Blockchain Capabilities for Georgian…medium.com

Why We Need More Trust

I am a believer in new technologies. Yet, it isn’t always easy to convince my colleagues or students.

Volatility, hacks and other incidents and scandals in the cryptocurrency space don’t help.

One of the latest that received a lot of media attention this week was the hack of the Japanese cryptocurrency exchange Coincheck.

What the Coincheck hack means for the future of blockchain security
The plunder of more than $500 million worth of digital coins from the Japanese cryptocurrency exchange Coincheck last…www.technologyreview.com

At the end of January 2018, a hacker penetrated Coincheck’s security and stole 520 million XEM (approximately US$500 million).

XEM is the native cryptocurrency of NEM (New Economy Movement). NEM’s blockchain platform allows users to configure their own “smart assets” (which could represent a signature, a coin, a deed or any other asset) and applications.

Because Coincheck had XEM sitting in a “hot wallet” (a computer connected to the Internet), it was relatively easy for hackers to steal them in what the Financial Times called “one of history’s biggest heists”.

This brings us back to the need for trust and security, the value of reputation and the importance of storytelling in building reputation.

Initially, Coincheck was widely trusted in Japan. A free app with friendly UI facilitated consumers in trading. The exchange was advertised on primetime TV by one of Japan’s most famous comedians.

After the “heist” you might expect that trust in blockchain platforms and cryptocurrency would decrease. But nothing seems further from the truth.

As one of the “investors” (Komugi Yamazaki) in XEM through Coincheck put it: “We are still crazy for crypto”.

Investors only hope that they will be able to recover their XEM (they aren’t interested in Japan’s currency Yen). And, recognizing this, Coincheck has promised to fully reimburse victims for the lost tokens.

The hack of Coincheck could have been avoided by keeping the XEM in a “cold wallet”, isolated from the Internet. Most commentators seem to agree that avoiding this type of event is relatively simple.

Yet, the heist has rekindled discussion regarding the role and responsibilities of governments and regulators.

The question is whether increased regulation by the state and supervision will create the trust necessary to make these new “decentralized” systems work.

As I have written before, regulators will always be “behind” the current pace of innovation and decentralization.

Ironically, the NEM blockchain platform has built in some technological features that helps build trust in this “cryptocurrency and smart contracts” environment:

In short, NEM can be viewed as a system that has “embedded regulation in technology”.

In a decentralized world, security and trust can only be maintained via a combination of technology and storytelling.

In order to be smart about trusting the new technologies, we shouldn’t think about applying usually “old-school” rules and regulations to build trust. The benefits of traditional forms of information disclosure, for example, have been greatly exaggerated.

We have to find other technologies that “replace traditional rules and regulations” (or in technical terms come up with a secure solution to validate the blockchain).

In this respect, I am very excited to be involved in an early stage startup company, SEMADA.io.

In this Chicago-based company, technologists and non-technologists work together to create a blockchain-based “reputation verification platform” that rewards trustful parties and punishes bad actors.

Trust will be created through an “eternal reputational record”, which is open to review and driven by proper incentives. The platform is relying on “storytelling” and “cryptocurrencies” to earn “reputation tokens”.

The company understands that the real challenge is to find a “proof of stake” protocol that offers both trust and security (without unintentionally creating just another centralized validation system).

And this is a just another step closer to building trust and security in our decentralized future.