Browsers Are the Gatekeepers of The Decentralized Web 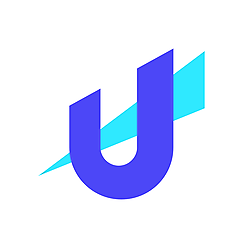 The internet that most of the world sees is essentially identical. It’s called DNS, and most people understand this system to be the "legitimate" internet. This system is run by ICANN, a non-profit charged with determining who has the right to launch a domain extension (like a .com).
The fact that there’s one system for everyone makes it easy for browsers to choose which websites to show. They simply connect to DNS servers and they’re done.

This is simple, but it also leads to a problem. Over time, ICANN has begun to favor the interests of companies like Verisign, owners of .com, instead of users. Worse, they recently favored the sale of .org, a domain extension used by a huge number of important global non profits, to a private equity firm with many former ICANN employees.

Conflicts of interest aside, DNS has a major problem - it’s centralized.
Some major issues include:

Blockchains To The Rescue

Blockchains like Ethereum solve the centralization problem - you can launch domains on a blockchain, instead of DNS. And because Ethereum is an open and public database, you can look up domains and find websites without needing permission from anyone.

So here’s what you get with a decentralized web:

But there’s a problem - if decentralized websites are not part of DNS, how will anyone find these websites?
The answer is browsers.

A browser can choose to support any domain system it wants. To view a decentralized website, users would simply use a browser that supports them. Browsers could decide to support the decentralized web and the regular web at the same time - or they could support some part of either system.

This is the key point - your browser chooses your internet.
So what should browsers do with all of this power?

They should open up the internet and support the decentralized web.

This is the internet that many early internet pioneers were intending to build. Over the past 30 years, the internet has fallen into the hands of a small number of companies. Tim Berners Lee, widely credited with inventing the internet, now runs an organization called W3C that lobbies for a free and open internet because what we have today isn’t good enough.

What can all of us do?
We can demand that the applications we use give us the option of visiting decentralized websites. It’s an easy thing for browsers to do - if they want to.
Wouldn’t it be great if people were in control of the internet instead of companies?

That’s the world I want to live in. What about you?