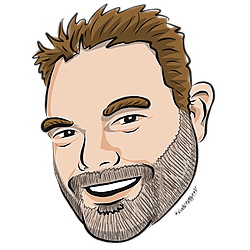 Sending notifications to Microsoft Teams from your Cake build scripts

Even though Teams at Microsoft would appreciate you bringing them that’s not what this post is about, but notifications to the Microsoft Teams collaboration / team chat product.

And Cake? Cake is an open source build system, which lets you in an unintrusive way with a C# DSL both cross platform and environment orchestrate everything around your build process — all using existing skills if you’re a .NET developer.
( read more at cakebuild.net )

So that settled, wouldn’t it be great if you could send notifications from your Cake scripts to a Microsoft Teams channel? Guess what — there is!

Cake can be extended through addins, Cake addins can be any .NET assembly available as a NuGet package on any nuget feed, where nuget.org is the most well known package source. However you can by using a couple of attributes ( i.e. CakeMethodAliasAttribute and CakeNamespaceImportAttribute) become a more “native” Cake addin, in the sense that they lets you extend the DSL and import namespaces using an #addin preprocessor directive.

The #addindirective fetches the assembly from nuget, references it, finds any Cake extension methods and imports namespaces — making them conveniently globally available for you in your Cake scripts.

Reporting when script started and when it succeeded / failed can be achieved by registering actions on the Setup and Teardown methods on the Cake script host, Setup is executed before Cake tasks are executed and Teardown is always executed post task execution.

As you can see the teardown context has an Successful property indicating build success/failure and ThrownException property containing exception on failure. A successful build would look something like this:

And a failed build would contain the exception / stack trace like this:

If you want to track the progress of individual tasks that’s possible using the TaskSetup and TaskTeardown, which lets you register actions executed before and after task is executed.

Both setup and teardown context provides a Task property which gives you meta data about the task, the teardown context also provides Duration and Skipped properties indicating if task was executed and how long it took to execute the task.

Posting a message for each step of the build can become very chatty, tailoring the message to instead neatly summarize the build in one message like below is probably more sustainable in the long run.

Which is very similar to what Cake outputs to the console

On failure you’ll get the icon clearly indicating failure and steps executed just as on success.

So what could the code for this look like? A complete example you can test below

The above code basically hooks up actions to Setup, Teardown and TaskTeardown. Only collecting data before Teardown is finally called. It’s just C# so you can go as crazy as you want, but above is a good starting point.

Hopefully this post has shown you how to send notifications from your cake scripts and what the extension points Cake provides for this. This could obviously be reused for other messaging platforms and if you check the addins section on Cake’s website you’ll find addins for Slack, HipChat, Gitter, Twitter, etc.