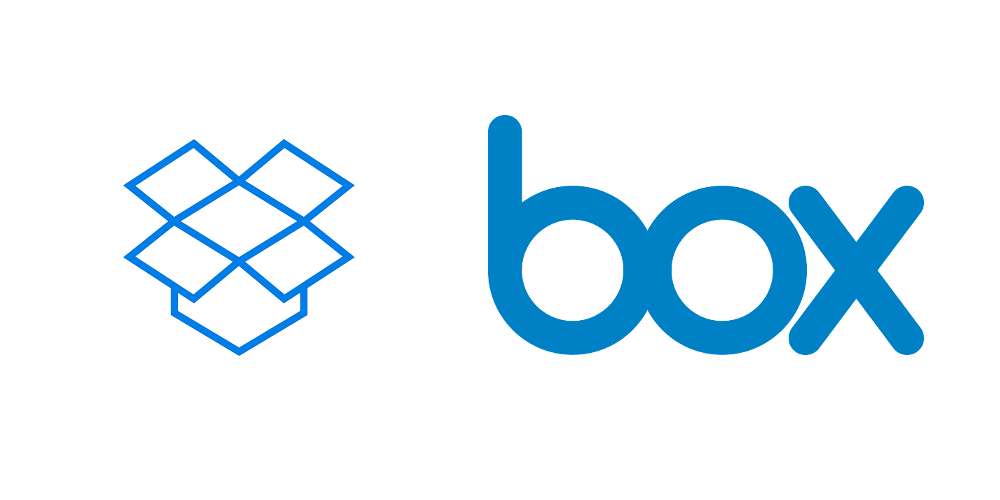 Box and Dropbox tend to be paired in conversations — they offer similar products: cloud storage for a low price and fluid scalability of storage. Both have billion-dollar valuations as well; $2.43 billion market cap and $10 billion private valuation, respectively.

The only key difference between the two companies is the target market, which slightly bends the product for each company to best tailor its customer. Examining the differences in the products also teaches an important lesson in distribution mechanisms of technology companies, which Ben Horowitz touches upon in his blog post “Distribution.”

Dropbox, from the onset of its landing page, is very clearly a consumer-first company:

Early on, Dropbox’s marketing strategies were very outbound, and Houston talked about how poorly that turned out for the company in its experimentation phase.The cost-per-acquisition was in the ballpark of $233 to $388 whereas customers’ lifetime values were flat $99s. Instead, the company moved onto referrals, and Houston claims that this increased signups by 60% permanently. Today, the de facto distribution mechanism for consumer companies is virality and referrals, and Horowitz quotes these companies today when they say that they will “distribute [the] product like Dropbox did.” Evidently, that’s how Dropbox scaled to a billion in revenue without a proper sales force.

Box, on the other hand, targets larger organizations — the universities, enterprises, Fortune 500s (97% of which Box sells to). The landing page contrasts Dropbox’s one-step sign up:

The acquisition process is a lot less scalable relative to Dropbox since Box is working with larger clients, but it’s still noteworthy that Levie trumpets a bottom-up sales strategy over top-down sales strategy. He wants to win over the lower-level managers and employees of the company with an amazing product that slowly enforces adoption throughout the company. Though this is comparatively scalable when looking at other enterprise-targeting companies, Box’s customers still require personal integration to help in the adoption process, but it differentiates itself from Dropbox with a higher level of security that enterprises love.

Because of the lower level of scalability built into Box’s market, it has to invest more into a proper sales force to reach the enterprise clients. It may be due to the lower level of scalability and difference in distribution mechanism with Box’s sales process that it has only 10% of the revenue of Dropbox. Nevertheless, the two companies are clear winners in their market segments because they’ve adopted the best sales channels for their respective markets. Dropbox’s scalable referrals would not have worked for a company like Box because referrals typically won’t work in inter-organization situations. Similarly, Box’s methods of an operating sales force won’t work in a consumer-first market because competitors can sell to customers much faster without a sales force.