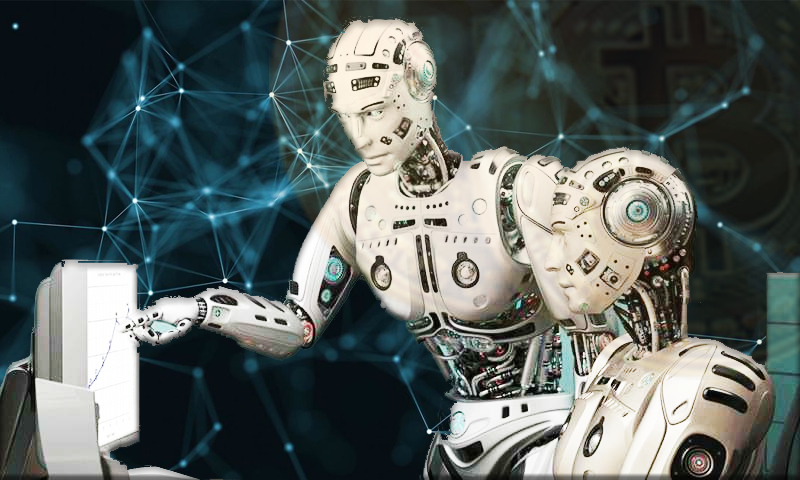 When listening to regulators, it becomes apparent that there's still a wide gap in understanding decentralized technologies, including blockchains. First off, blockchain technology (BT) is not the same as blockchain. The former refers to an advanced encryption scheme, and is mentioned as such in reference two of the Bitcoin Whitepaper. Bitcoin and other blockchains utilize this hashing and time-stamping schema in their architecture towards the three main innovations: smart contracts, digital bearer instruments, and decentralized autonomous organization structures. Well, it's technically just one, since the latter two are made-off the first.

Smart contracts are really not smart at all, but mostly made up of 'if-then statements' (if you learned BASIC, you know what I mean). These software programs are executed by a decentralized network of computers, making use of blockchain technology. Decentralization is not a state but on objective which can be achieved by allowing anybody to participate in the execution of the underlying software.

The result of a time-stamped computation in this fashion is consequently hard to alter or reverse as it would require (malicious) coordination of a majority of these independent software operators (nodes).

Smart contracts operating in this way should be treated the same way open source software that operates the internet (i.e. Apache web server), with no liability falling on the developers.

Companies that operate these smart contracts for profit should be liable according to standard software liability criteria.

Digital bearer instruments (BI) are usually based on standardized smart contracts and can be divided in two groups: blockchain-native instruments (coins), API—based instruments (tokens). Coins – such as bitcoin – are most often reward mechanism for network participants (i.e. nodes).

They are therefore essential network functions. BIs can simulate some – but not all – functions of physical bearer instruments. The most visible examples of the latter are Federal Reserve Notes - commonly referred to as “cash” (more here).

The benefits of both are, that the transfer of the BI carries little-to-no transactions fees (ignoring that energy is required to obtain either BI), receipt of the BI settles the transaction, the interaction can be private/anonymous.

Issuers of BIs, and providers of technologies that enable transfer of BIs should be exempt from any liabilities in resulting from the use of either technology. Just like central banks are not being held responsible for the illicit goods being bought with “their cash” (with printed USD still being the preferred method for criminal endeavors), issuers of digital bearer instruments should not have responsibility for how – and for what purpose - these Bis are being transacted.

Manufacturers of leather wallets have no reporting or other regulatory requirements regarding funds being stored in them, as such providers of electronic wallets should be exempt from regulatory burden, unless they take complete custody of BIs.

Network-native instruments – such as bitcoin end ether – should further be exempt from taxation. Since the technology is border-less, taxing these instruments will only result in forcing infrastructure to more accommodating jurisdictions.

Decentralized autonomous organizations (DAO) are a collection of smart contracts which guide the governance of a blockchain. Participation in the DAO may require operating the blockchain's code (“proof of work”) or obtaining and assigning the native-network asset (“proof of stake”). DAOs might be thought of as and advancement of coops with bylaws written in computer code.

DAOs can serve the same purpose as coops while removing many of the administrative frictions. As such a path should be laid out that will provide the protections like those created for NGOs; potentially legal standing under the ideas of “corporate personhood”.

It should be self-explaining that blockchain-based solutions cannot be bound to any nation-state’s legal frameworks but – like the internet itself - are border-less. Furthermore, blockchain-native digital bearer instruments such as Bitcoin's mining reward bitcoin introduced entirely new concepts of ownership and value transfer, upsetting the order of enumerated asset classes heretofore seemingly complete. A fact that thus far has escaped most legal professionals, regulators, and cryptocurrency enthusiasts, all of which seem to be content to force round blockchain pegs through square holes of inappropriate legacy regulations and/or vernacular designed for historic financial products. In the absence of truly interdisciplinary discourse, amateur legal practitioners and technologists started to apply broad labels to several concepts which are still undergoing transformations.

The most important thing to recognize is that blockchain-based solutions are still in their infancy (personally I view this as the MMOPG-stage). Given that these innovations might lend themselves to radically improve all existing value transfer systems – including “money” itself (more here) – it is crucial to provide technologists with “breathing room” to develop new solutions.

Also read: When is an Asset "Digital"?