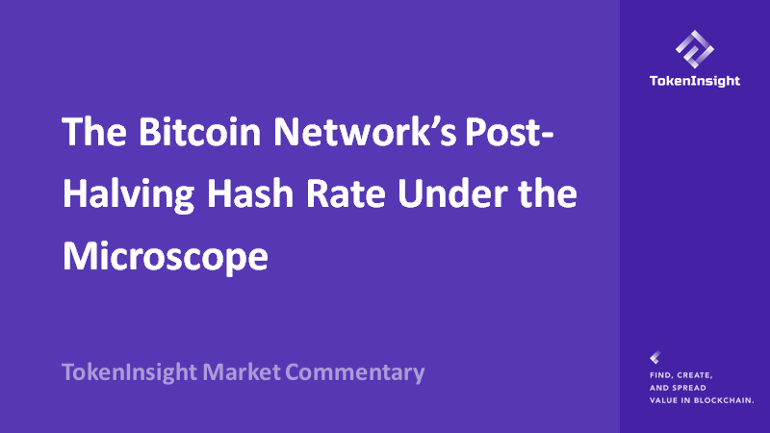 The cryptocurrency industry has just experienced the most anticipated event, Bitcoin (BTC) 2020 halving. The last 12.5 Bitcoin block has been mined by F2Pool and encoded the message of “NYTimes 09/Apr/2020 With $2.3T Injection, Fed’s Plan Far Exceeds 2008 Rescue.” paying tribute to Satoshi Nakamoto. Antpool was in luck and mined the first 6.25 Bitcoin block.

The market experienced some volatility during the last 60 blocks leading up to the halving, however, the Bitcoin price stayed within the $8,500–$9,000 range for a 24-hour window during the event. 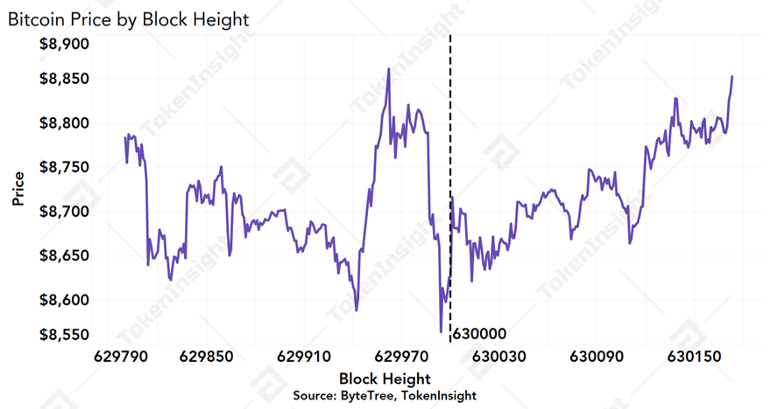 The average block production time was roughly 7.5–8.5 mins per block 24 hours prior to the halving, and we see some increase in block time post-halving, with an average of 11 minutes per block in 12 hours following the halving. With the available sample, we can safely conclude that the network has experienced a hash rate decline post-halving, as indicated by longer block production times than the pre-halving average.

According to the Bitcoin difficulty estimator, immediately post halving the network pace was roughly 52 blocks ahead of schedule. This may be due to miners pushing block production faster in the 24 hours leading up to the halving. With the current estimate, the next difficulty change will happen in roughly a few days, with a negative adjustment. However, the block production time could shift significantly within the period as miners try to adjust their operations.

The number of transactions were consistently showing an upward trend in the 24 hours leading up to the halving, with an average of 1,959 transactions contained per block. 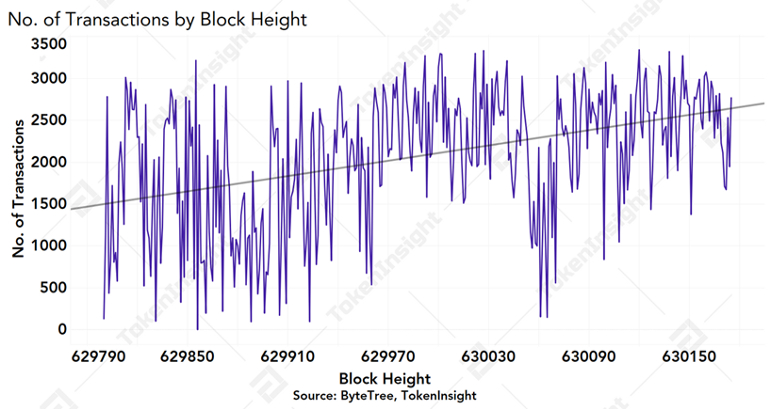 Total transaction fees roughly doubled around the halving from a fraction of a Bitcoin to more than one Bitcoin, and eventually dropped back to the pre-halving level. 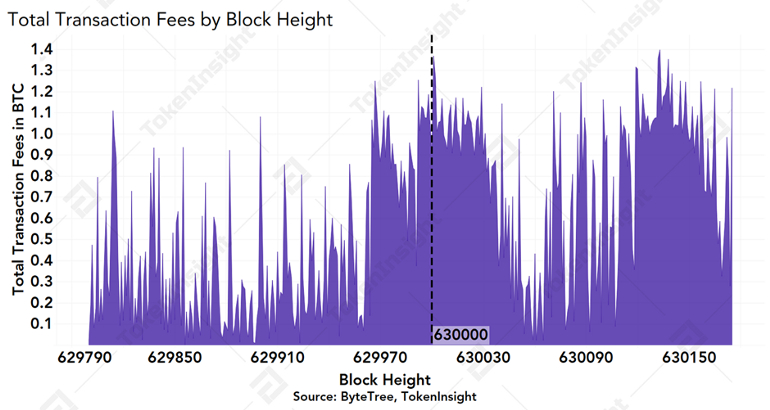 The network has seen a slight uptick of average fees per transaction during the last 50 blocks, and in the first 20 blocks after the halving, the average fees have been decreasing and stayed relatively stable. 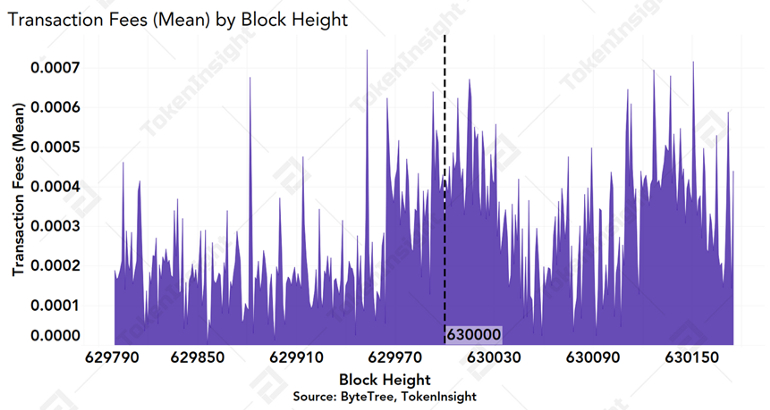 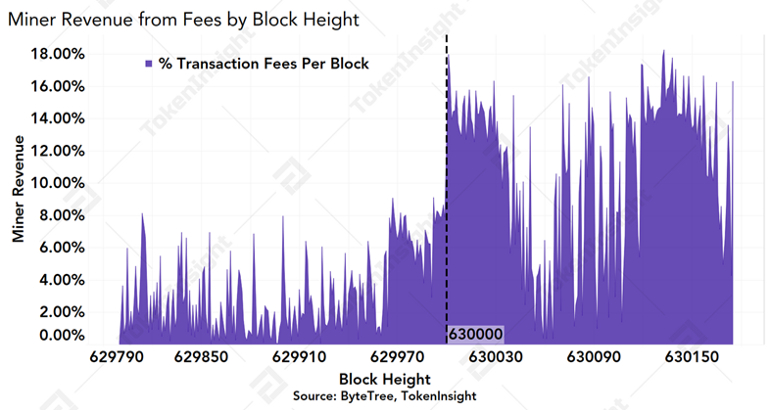 It is also worth noting that Slushpool mined the 630,001st block, which contains almost 18% transactions fees, which is roughly 1.369 BTC in fees. It is one of a few blocks with the highest miners’ revenue from fees so far since the halving.

Bitcoin was born during a time when banks and the traditional finance industry faced turmoil. Yet, more than 11 years later, the industry is working together to bring the Bitcoin and cryptocurrency industry to the world stage.

This reminds us why Bitcoin was created: To provide a more trustworthy monetary system.We look forward to witnessing future Bitcoin halvings with the whole world.

This is just the beginning.—By Johnson Xu and Chou

How to Identify Anonymous IP Addresses to Detect Online Fraud 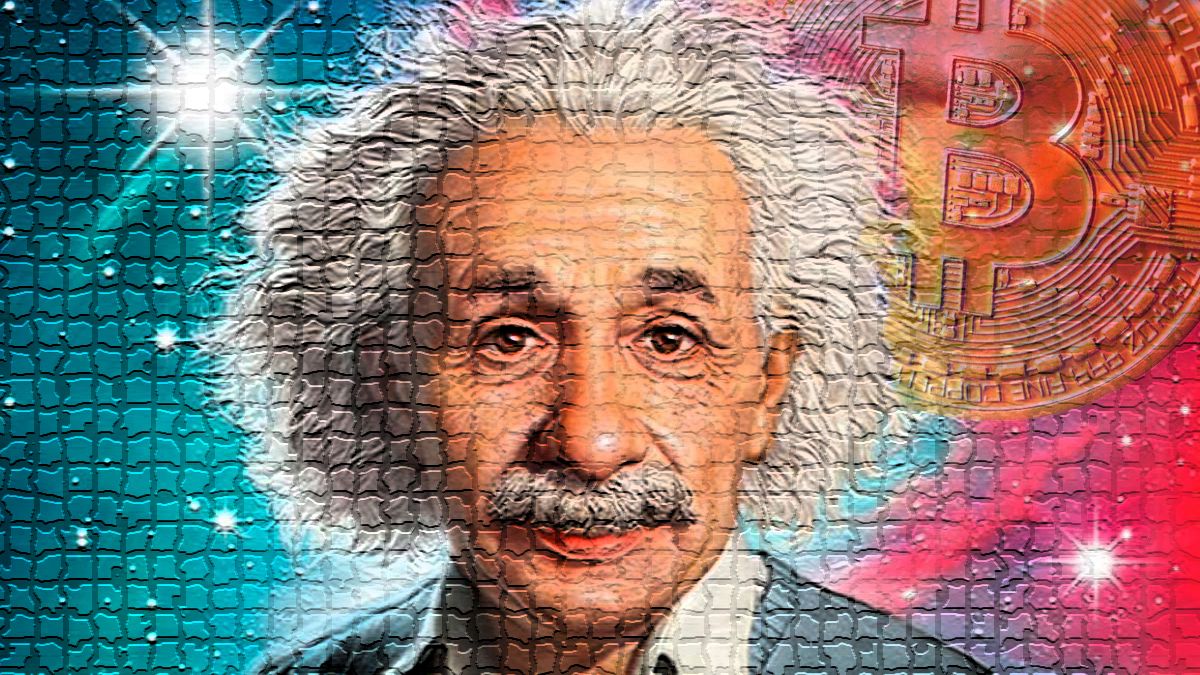