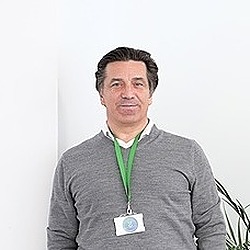 The novel coronavirus might not be the world’s first pandemic or even the deadliest. But the virus has set the stage for a truly unprecedented time of global harmony.

For the first time in history, the nations of the world are cooperating to issue a joint response to a global crisis. While millions huddle indoors with their Tiger King, yoga videos, and killer recipes, governments across the globe have ceased preparing for military interventions and trade wars.

Today we all face a common enemy: a deadly virus that threatens us all, no matter our race, religion, sex, or nationality. As the world bands together to prevent the spread of the virus, it must also grapple with the impending economic disaster COVID-19 brings with it.

That trouble began on March 12, when news of coronavirus-induced lockdowns across the globe sent the stock market in a downward spiral. Interestingly enough, crypto markets, led by bitcoin, followed suit, an event later referred to as “Black Thursday.”

The event called into question bitcoin’s ability to serve as a hedge against inflation, as well as its reputation as an asset ungoverned and uncorrelated with the broader markets of the world. It was bitcoin’s first great crisis, and while many declared the digital currency dead immediately after the March crash, others see a financial market in ruin, ripe for the cryptocurrency’s taking.

Since the so-called Black Thursday, named after the 1929 stock-market plunge that set off the Great Depression, markets have rebounded, as have cryptocurrencies.

Why? Some attribute the rally to a general upward trend in global markets. Those who follow cryptocurrencies understand that it’s much deeper than that.

Bitcoin fundamentals dictate that the cryptocurrency is recession-proof—not crash-proof. When a global pandemic puts millions out of work, shuttering the global economy, and quite literally quarantining entire populations, it’s understandable and expected that peoples’ first instinct will be to sell off their assets for cold, hard cash.

Survival comes first, and bitcoin isn’t going to buy you toilet paper or hand sanitizer. As the global economy deteriorates, though, and central banks begin to print money (which can lead to inflation), investors are likely to look to tangible assets such as gold and real estate, as well as bitcoin, the best-performing asset of the past ten years.

All this is taking place right now, just weeks before the third bitcoin halving event, which cuts the reward of mining the coin in half every four years.

Based on bitcoin’s short history, the event is expected to cut supply in half, meaning that even if demand remains constant its price should rise after the event. Current economic trends, coupled with the halving hype, point to higher demand as well.

The point here, though, isn’t to make the case for bitcoin or any other cryptocurrency. The point is it’s time for our governments and financial institutions, along with our healthcare systems, to adapt to the 21st century. It’s time to incorporate blockchain technology and digital currency into the global economy.

Just as the Great Depression gave way to Franklin D. Roosevelt’s New Deal that gave short-term relief and long-term economic stability back to the people, this coronavirus-induced economic struggle can bring with it a Digital New Deal suited for 2020.

With 33 million unemployed in the United States alone—a real unemployment rate of 20.6 percent—there aren’t any quick fixes here. There are, however, innovative solutions to novel problems. Those solutions should be explored.

The short term fix doesn’t even require blockchain. In order to prevent a complete financial collapse due to hyperinflation, the U.S. Federal Reserve, European Central Bank, and other central banks should put money directly in our (including companies’) pockets by lowering interest rates below zero, a policy President Donald Trump has said he “could get used to.”

While they have inched back up, rates remain close to zero and negative rates, previously uncharted territory, could become a reality very soon in the U.S. Such a reality would mean borrowers would actually be paid for borrowing money.

It’s a policy with the potential to jolt Main Street back onto its feet and pump money back into our economies, without continuing to print more. It’s a true “bottom-up” approach that promotes spending and economic growth while limiting inflation.

With trust being based on fiduciary money and the economy that it holds, wouldn’t we trust borrowing money more if we knew that at the end of the month we would have money, not from a salary, since much of the population lost theirs, but from institutions paying us to borrow money?

It sounds like a contradiction, yes. Why would anyone pay you for letting you borrow money?

The alternative, though—central banks continuing to print money and keeping interest rates above zero—is a sentence of death by inflation.

Negative interest rates, on the other hand, would have the desired effect of putting cash in people’s pockets without printing additional money, because financial institutions would be paying individuals to borrow.

Such innovative thinking in monetary policy that flips the current system on its head is exactly what global economies need right now, serving as a short-term solution to fill people’s pockets with cash and enable them to spend.

The long-term solution is where the “digital” aspect of a Digital New Deal would come in. The widespread, institutional adoption of digital currencies and digital assets must be a central tenet of any kind of financial reform shaping the 21st century.

While many call into question Bitcoin’s price potential, technical superiority, or even the ability to survive in the coming years, no one can dispute that blockchain technology is the financial way of the future.

Governments globally must work to develop systems that utilize blockchain and digitization, decentralizing finance, and empowering individuals. Tangible assets reign supreme during financial crises, but access to such assets for the average person is limited.

Tokenization offers a secure and efficient means of breaking ownership of such assets into much smaller fractions that average people can afford, as well as transferring ownership of those fractions seamlessly over the blockchain.

The logistics of such a reform would vary by region, country, and even province—decentralization is key. Coronavirus or no coronavirus, institutions, and individuals alike will soon realize that digitization can cut fees, generate efficiency, and distribute wealth more equally across the board.

Governments globally must stay ahead of the trend as they focus on flattening the curve. Financial reform is inevitable, the coronavirus pandemic merely hastened it. Let’s make sure the next New Deal serves as a digital revolution of finance.

Salvador Casquero is the Founder and Chairman of 2gether, the fair crypto trading app. Casquero has more than 25 years of experience in the banking sector and has worked for several banks, including JP Morgan, BBVA, LaCaixa, and Banco Sabadell. He holds an Industrial Engineering degree from Universidad Pontiﬁcia de Comillas (ICAI), and since 2010 has been researching and building concepts on the blockchain.

Bringing DeFi to Bitcoin Ecosystem: Because, What Else? 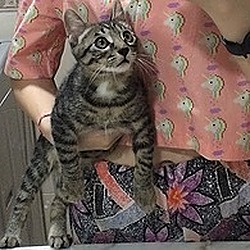