Bitcoin is Now Larger Than Any Financial Service Company 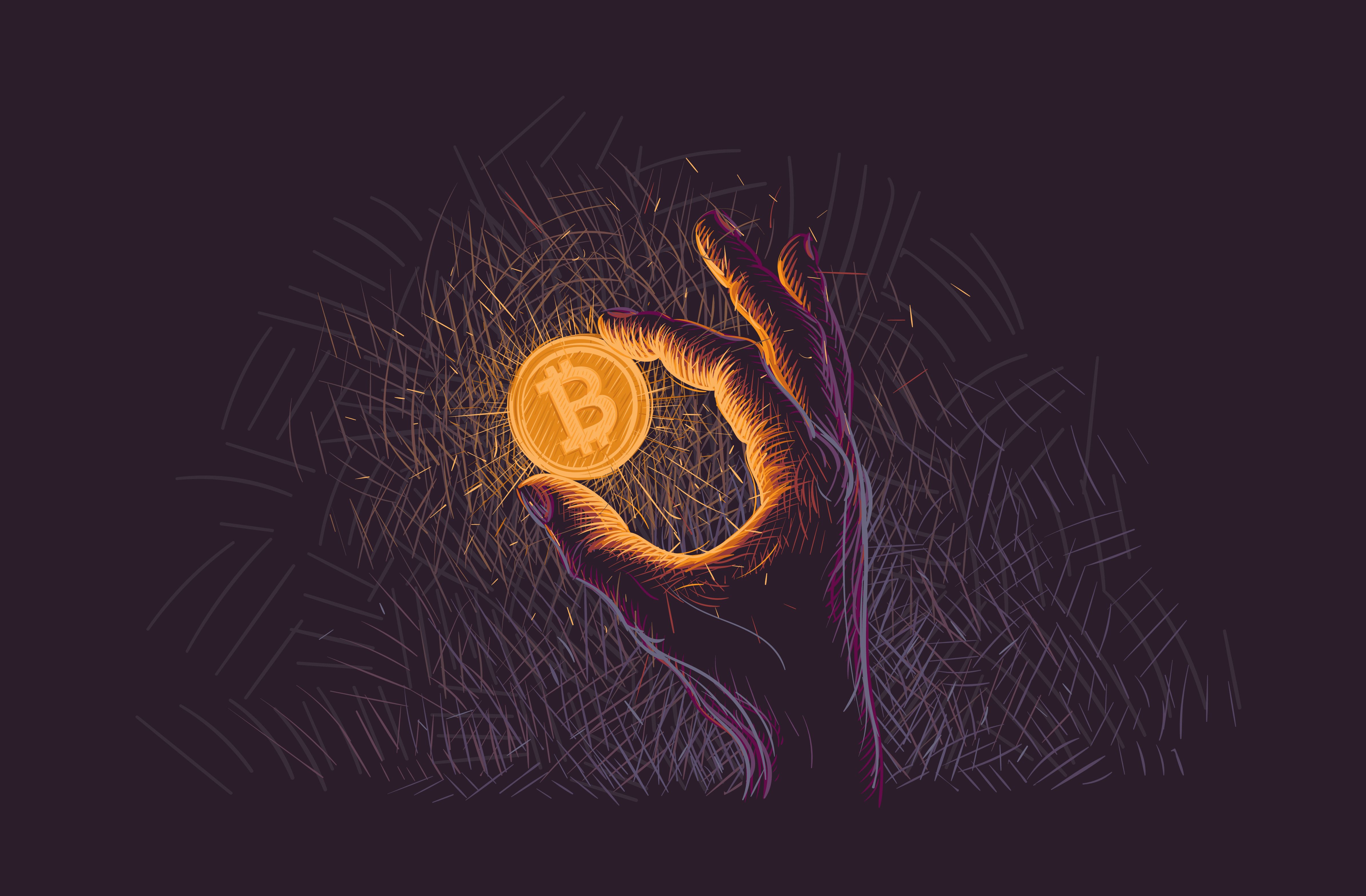 Bitcoin is reinventing money, and what comes out of it will be bigger than Bitcoin itself.

The digital currency’s price has grown more than 300% and crossed over the $500 billion market cap milestone.

To put this in perspective, Bitcoin became the single most valuable financial service company in the world. 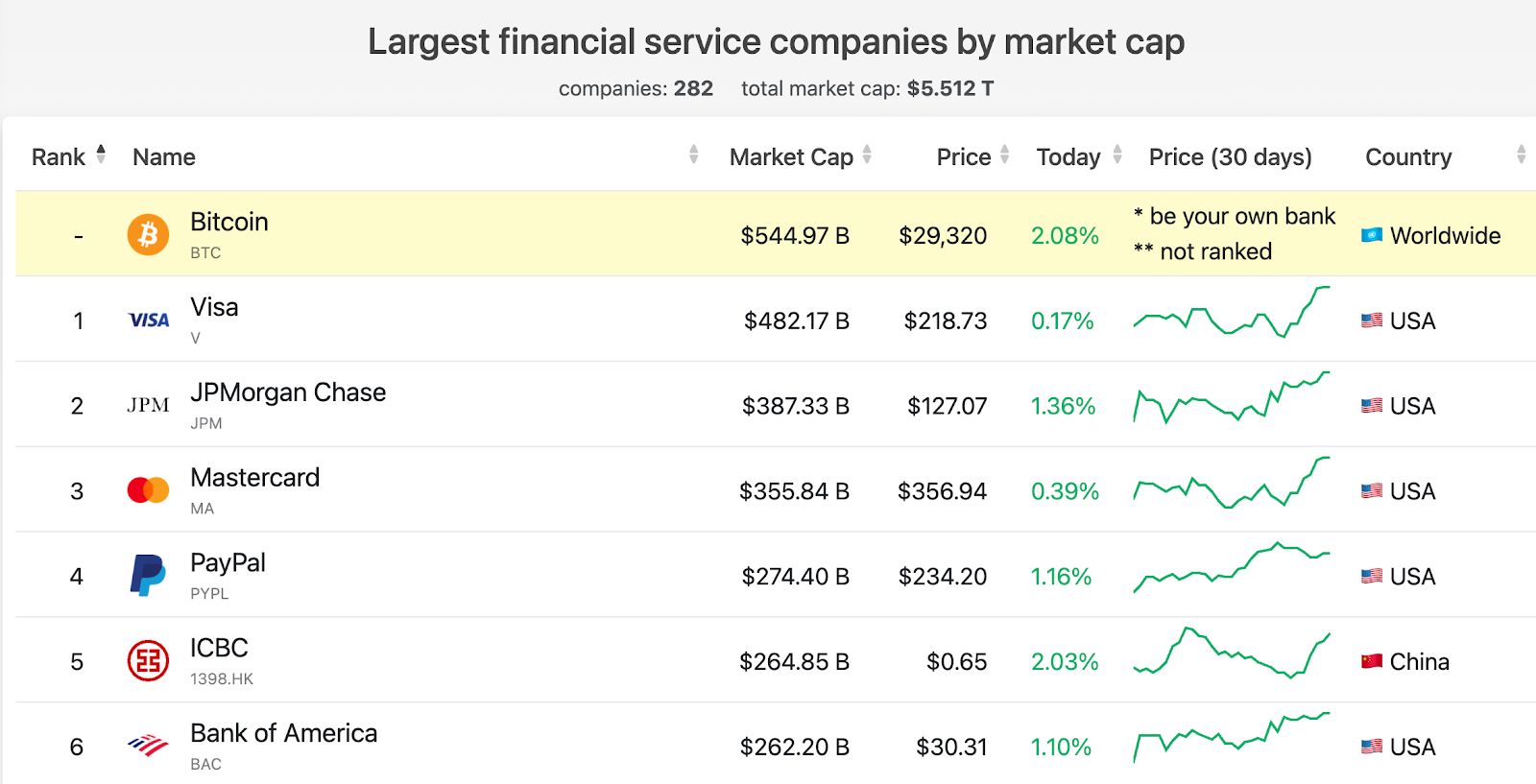 There’s just one problem with this comparison.

Bitcoin is not a legal entity. It doesn’t have an office, CEO, or any employees.

So, how can we define it?

It depends on who you ask.

For some, it’s a store of value; for others, a payment system or a currency. It is a different thing to different people.

So, let’s explore it for a minute.

Bitcoin is now the 21st largest currency globally, and it is also starting to make progress in replacing the fiat currencies as the medium of exchange.

Touted as "the internet money," Bitcoin is now accepted as a form of payment, similar to Visa, Mastercard, or PayPal. You can send your Bitcoin in person using a QR code, or you can use an exchange service that will digitally connect you with a buyer.

Recently, PayPal entered the cryptocurrency market too. The users can buy, sell Bitcoin and other cryptocurrencies using their PayPal account. Smaller businesses are increasingly using Bitcoin in international trade. Similarly, many companies in countries with a lack of trust in national currencies, such as Venezuela, Nigeria, Iran, or Argentina, adopted Bitcoin.

Bitcoin as the Largest Bank

Bitcoin’s overtaken JP Morgan to become the world’s biggest bank. The bitcoin network has recently been able to carry out some essential traditional banking services. For example, users of the decentralized finance (DeFi) can lend and borrow through custodial assets. That makes the network some sort of bank as it can perform some basic banking functions.

According to the World Bank, 1.7 billion adults remain without a bank account. As the largest “bank,” Bitcoin can take financial services from being racist and turn them into globally inclusive banking infrastructure. One of Bitcoin’s purpose is to provide banking to the remaining 30% of the planet’s population. Banking is a fundamental human right.

Bitcoin as a Commodity and the 11th Largest Company

The digital currency is now theoretically the 11th largest “company” globally based on its market cap, ahead of other businesses like Samsung, Walmart, Berkshire Hathaway, or Coca Cola.

Moreover, people also refer to Bitcoin as digital gold. And it does behave like gold. You can buy and sell it in cash markets or via derivatives such as futures. As with gold, you can use Bitcoin to store value and protect it against inflation. And as with any commodity, you can exchange it for other assets, goods, or commodities.

So can anyone ever figure out what Bitcoin is?

And it doesn’t matter. You will never understand anything by learning its definition.

“I learned very early the difference between knowing the name of something and knowing something.”

Instead, think of Bitcoin as a continuous process.

It is reinventing money, and what comes out of it will be bigger than Bitcoin itself.