There is an old saying in trading circles that goes “buy the rumour and sell the news”. As rumours of impending lockdowns and travel bans spread in late February, uncertainty was sowed in international financial markets.

A bloodbath ensued in global equity markets that included the S&P 500 which lost a third of its value between the 19th February and the 23rd of March. Bitcoin wasn’t spared and crashed 40% on the 12th of March, now known as the famed “Black Thursday”, in its worst single day since 2013.

Other traditional safe haven assets such as gold, however, have proved far more stable dropping merely 3%. It would seem that Bitcoin, dying to become the safe haven asset of the new world, had lost its shine.

Fast forward a few weeks and the picture is looking far rosier for the digital asset. Governments have collectively decided that they are going to print their way out of this crisis with the backing of their central banks’ balance sheets.

In the US, the Federal reserve is taking a new approach to this process by implementing “helicopter money” — i.e. giving everyone a stimulus cheque for $1200 until the economy gets back to normal.

Printing money is probably the easiest way for governments to get out of debt, especially when either raising taxes or reducing spending are the alternatives.

Money creation in itself is not bad, provided that the growth is there to support it. Since February, a total of $3.9 trillion has been added to central banks’ balance sheets — representing almost 7% of GDP. Without global growth to support this influx of new money, currencies are likely to deteriorate in value. 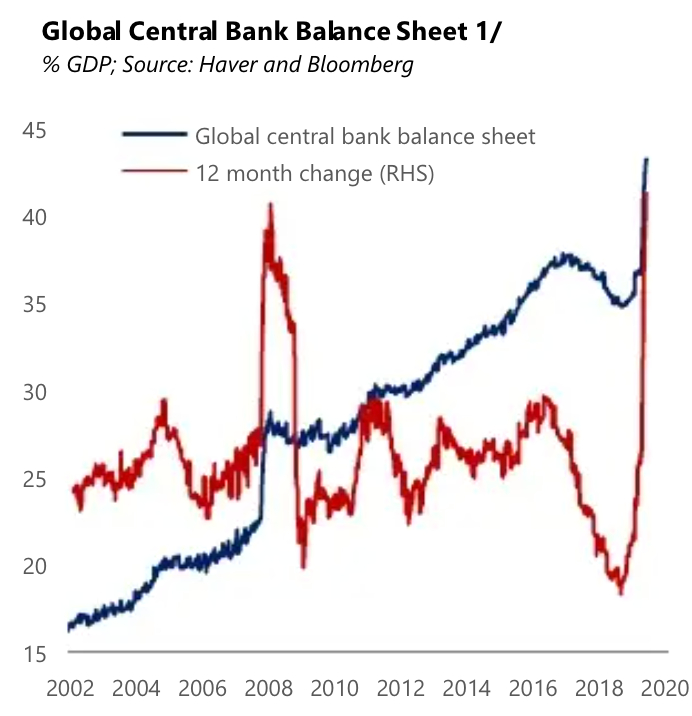 Until debt do us part

The central bank stimulus, particularly by the US, is leading some investors to believe that we could be seeing a seismic shift in global financial power.

Ray Dalio, a prominent macro investor, has recently published a historical analysis of empires and debt cycles — the results of which suggest that we are nearing the end of the long term debt cycle in the US and potentially the demise of the dollar as the international reserve currency.

Dalio explains that 80% of the approximately 750 currencies that have been created since 1700 are now worth zero and the other 20% have significantly devalued.

The reason for this devaluation is unchecked spending by governments which ultimately leads to their currency’s demise.

Bitcoin, while taking an earlier beating over the coronavirus panic, has started to capture the media attention once again as it resurfaces as a potential financial hedge in the times of debt crisis.

News stories of central bank interventions have appeared to buoy the bitcoin price in the past month from the lows of $3 700 on Black Thursday all the way up to $10 000 in May.

Until recently, Bitcoin has even outperformed most of the world’s currencies year-to-date including the dollar and yen — considered to be safe haven assets.

While the bitcoin price has seen some spectacular gains recently, it is important to remember that Bitcoin should still fundamentally be viewed as a risky tech investment. Due to its volatility, it still does not serve as a stable store of value. Assuming the price continues to rise in the coming years, it could, however, serve as an inflation hedge.

So the question many investors will ask is “Should I be buying bitcoin?”. Assuming you would be asking this with a macro, long term perspective, it is important to consider the long term potential of the asset and its purpose.

Bitcoin was created as an alternative to fiat currency, which can be easily manipulated through money creation by central banks. We know that there are only ever going to be 21 million bitcoins — an immutable fact secured by the mining network. This gives the public comfort that there is a limited supply of the coins and there can be no manipulation of set amounts  unlike fiat.

By comparison, gold supply increases at a rate of approximately 2% annually. Given the presence of gold in space, this could increase almost infinitely.

If you are, however, concerned that your bitcoin will sit unproductive, be aware that there are also ways you can also make money on your bitcoin either by lending it out yourself on exchanges or using services such as Celsius.

The rates range from 1–2% to anywhere up to 6% which is quite outstanding given that bitcoin is a deflationary asset.

In Bitcoin we Trust

While Bitcoin appears to have held its own during this initial phase of the pandemic, the question remains as to where the asset goes from here. As recommended, the best approach is to apply a long term investment perspective and consider the returns over the next 10 years.

Rather than looking at what will happen with bitcoin prices, it is better to consider what may happen to fiat currencies as governments continue to rack up debt as a result of the virus.

Paul Tudor Jones, a billionaire fund manager, recently published an analysis of bitcoin as an inflation hedge in recent letter to investors. What is intriguing is that when Tudor compares bitcoin to other popular stores of wealth including gold and US Treasuries, it significantly outperforms its competitors in terms of liquidity (24/7 trading), portability (can be sent anywhere in the world within an hour), and purchasing power (due to its scarcity premium).

Where it significantly underperforms the others is in terms of trust and this is understandable given that it is only an 11 year old asset.

Ultimately, if bitcoin continues to instill trust in the network, then it is likely that its price will continue to appreciate.

If you are betting on bitcoin then realize, whilst this is a tech investment, you are ultimately betting on one of the oldest social contracts: trust.

Disclaimer: The views and opinions expressed here are those of the author. Every investment and trading move involves risk. You should do your own research when making any decision.

Could the Bitcoin Halving Cause a Price Halving? 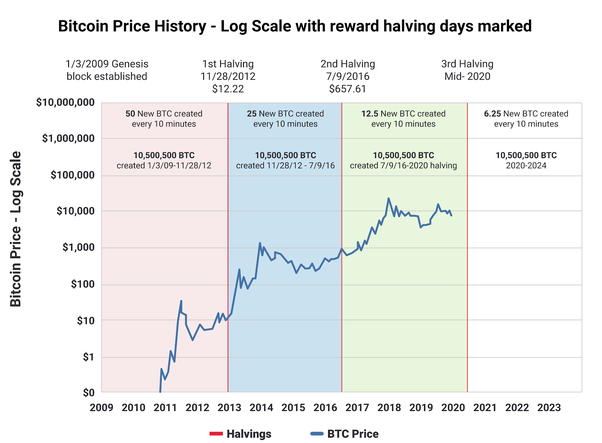