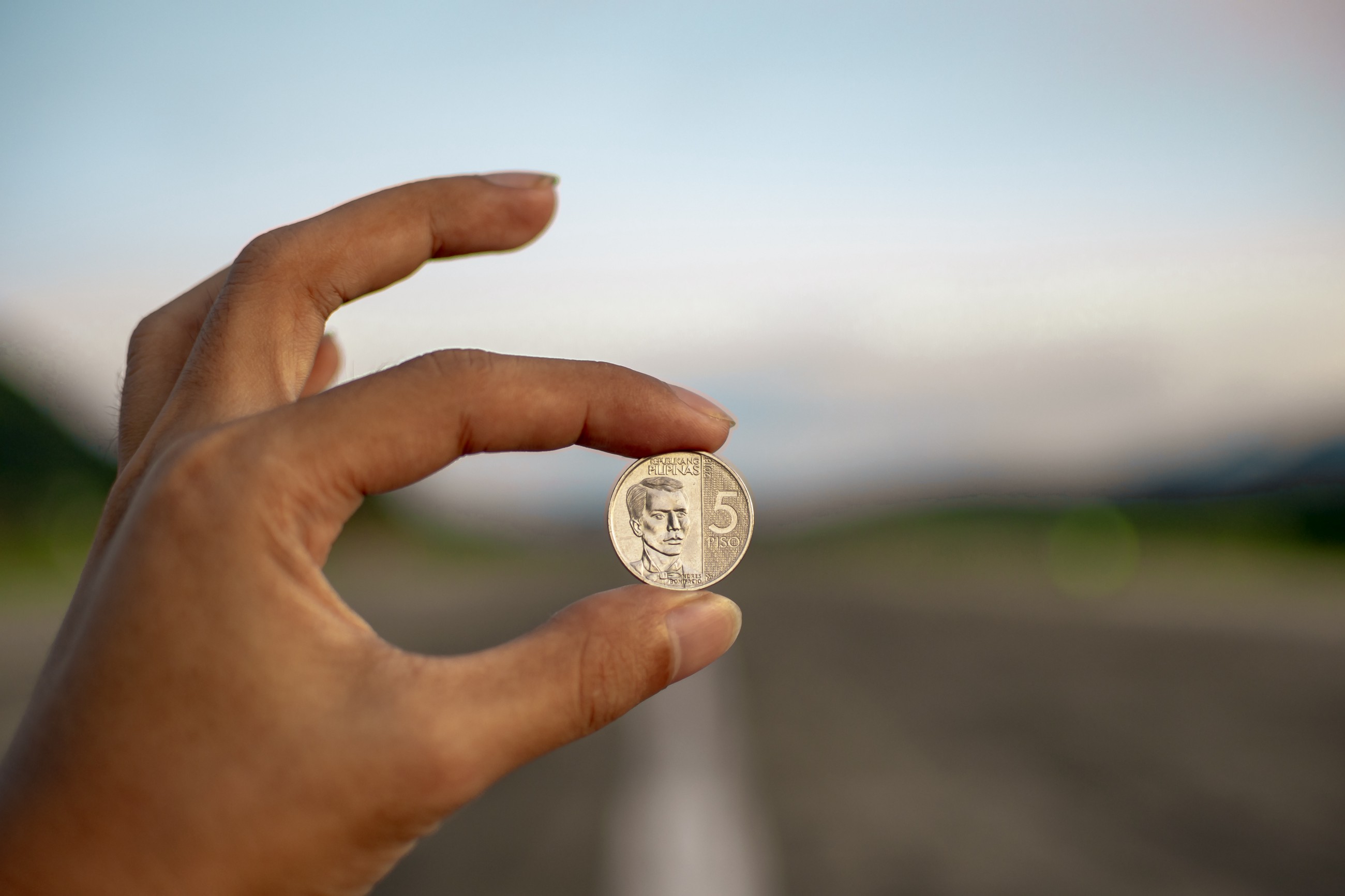 It might be a widely known fact, but I was definitely shocked to learn that the inventor(s) of bitcoin is (are) anonymous. Was a hidden identity meant to act as a metaphor for blockchain’s online anonymity? Or was it a way to hide from blame for unleashing a system into the world that holds enough power to eventually rule global currency, with no centralized entity to regulate it?

I don’t have an answer to that question. I don’t think blockchain ethics has been discussed enough for us to know yet. Honestly, I think that no one is talking about this because blockchain is such a complex topic that most people struggle to even understand how it works.

A few months ago, I too had no idea what crypto, blockchain, or bitcoin even were. This is why I wanted to try to make the inner-workings of blockchain more accessible for the ordinary, non-technical individual in an attempt to start an open dialogue. For those who have always wanted to understand the higher level, beautiful concepts of this crazy technology, or discuss the darker sides that unfortunately get ignored, here you will find it all.

Welcome to the world of Blockchain.

Since the White Paper, Bitcoin: A Peer-to-Peer Electronic Cash System was written under the alias name Satoshi Nakamoto in 2008, ‘blockchain’ has become an inescapable buzzword. With nearly 15% of the world’s financial institutions using blockchain, it is clear that the technology is quickly materializing into society. Though blockchain technology can fuel more than just cryptocurrencies (see cryptokitties), it is most famously known for running bitcoin.

At its roots, blockchain is an entirely decentralized, non-governed transactional system. It is run through many nodes that all together, result in a blockchain network. Each network contains a ledger. This ledger acts as the source of truth; it stores all of the transactions that have ever happened on the network. Similar to how a bank will store a user’s withdrawal and deposit transactions, a blockchain ledger will store every transaction that has occurred on a network. The ledger is publicly available to all of the nodes in the network.

Bitcoin miners can run their own nodes (computer hardware) in hopes of obtaining a bitcoin through the combination of processing power and a little bit of luck. The difference between a bank’s ledger and a blockchain ledger is that a bank can make changes to their ledger at any point in time, since they hold all of the power. A blockchain ledger on the other hand doesn’t belong to any central entity. It is accessible and owned by every node in the network, and is entirely immutable.

Without a central governing entity over a network, every transaction needs to be verified by a majority of the nodes. Transactions can include transferring cryptocurrency between two people, reversing old transactions, spending coins, and even blocking miners from using their own nodes. For example, if someone wanted to transfer their bitcoins to someone else, they would need their transaction to be verified by at least half of all the nodes in a network.

It’s easy to see why a system like this can be so powerful.

The most obvious benefit of cryptocurrency is that it offers greater ease and autonomy for financial transactions. Without a third party governing monetary exchanges, cryptocurrencies allow people to send money to others, especially in other countries, with more privacy and ease than ever before.

Even further, in a country where the currency is hurting it’s people (see how the Euro is hurting Greece), an unregulated form of currency could actually prove to be quite beneficial for the economy. No centralization and no government intervention on cryptocurrency means that control over the currency could be entirely up to a network of regular citizens. In this aspect, cryptocurrency is a libertarians dream.

Thinking beyond currency, humans could even begin to use blockchain as a tool for an entirely decentralized online world. Blockchain is already being used for decentralized cloud storage. In the future, we may no longer need to blindly follow large tech companies and their rules/regulations because the internet could become a blockchain net. There have even been discussions about blockchain becoming the beacon of light we’ve been looking for to store the minute, sensitive data of our personal identities.

At this point, it’s clear that cryptocurrency (and really all of blockchain) has the potential to place power over the digital world into the hands of the common person and away from oppressive corporations or governments.

What could go wrong?

The Not So Good

As I mentioned before, blockchains are just nodes (people’s computers) working together to create a network. One of the beauties of these nodes is that their owners are anonymous. Unfortunately…. this anonymity can also be incredibly detrimental. A 51% attack is when one person or entity gains control of a majority (hence the name fifty one percent) of a blockchain network.

One of the worst case scenarios of a 51% attack is double spending, when a unit of digital currency is spent twice. This would equate to someone buying their groceries at the store with a $20 US bill, then using their newfound power over the US currency to state that they are allowed to use that same $20 bill to buy whatever they want again.

I’m using quotes around ‘illegal’ as a reminder that illegality doesn’t really exist for a lawless, ungoverned entity.

Last year a 51% attack on ZenCash caused $550,000 to be double-spent. An attack on Bitcoin Gold lost $18 Million. Actually, 2018 was one of the worst blockchain attack years in history. These attacks are a double edged sword, because as the public becomes informed of an attack, the targeted cryptocurrency becomes mentally devalued.

This is an important concept because it highlights the fact that cryptocurrencies are only as valuable as humans believe them to be. (For more on this topic, I highly recommend reading the amazing Yuval Noah Harari’s thoughts on how currency, just like religion, only works through mutual trust).

The benefits of mental devaluation extend even further than hindering 51% attacks. The subjective monetary value of cryptocurrencies make blockchain technology less prone to corruption, because it runs on credibility. As I said earlier, a bank can make any changes to its own ledger or be at risk for hacked changes to its ledger without any of the bank’s users becoming aware.

In the case of blockchain, humans only value cryptocurrency if they trust that the transactions are true.

“Blockchain provided the answer to digital trust because it records important information in a public space and doesn’t allow anyone to remove it. It’s transparent, time-stamped and decentralized.” — Bernard Marr

Since blockchains publicly share all transactions with the nodes in the network, transparency breeds credibility; which directly gives cryptocurrencies their monetary value. Corruption is disincentivized in a decentralized network.

While it is very good that the concept of blockchain hinders corruption, there are some more important ethical concerns accompanying this technology that I can’t leave unaddressed.

Since every transaction in a network is anonymous and cryptocurrency isn’t governed by anyone, blockchain has become infamous for aiding in money laundering, selling weapons or drugs, and other traditionally black-market-aided transactions. Many have become aware of the need for the potential governing of blockchain networks, but the inherent distributed nature of the system disallows any centralized regulation.

Why not just try to regulate it then?

If only it were that easy. Even if blockchain tech was modified to allow for centralized regulation… there would still be problems. If all countries have different approaches to titles, ownership, contracts, and transactions, how can a unified set of rules or laws be brought to fruition? If any disputes over previous transactions are made, who is the governing entity responsible for resolving this conflict? Since blockchains are immutable, how would societies handle a blockchain that adheres to modern regulations but fails to comply to unknown future regulations?

At this point in time, blockchain has the potential to go in two, very opposing directions. The subjective credibility of networks could lead to an ethical, decentralized and trustworthy platform capable of unifying privatized global currency, allowing humanity to have access to a safe and private digital identity, and placing the power of the internet into the hands of the people.

Or, the immutable nature of networks and the lack of governability could lead to rampant misuse and systemic vulnerability.

This is why I asked earlier if Satoshi Nakamoto chose to stay anonymous as a statement or from fear of taking the blame for unleashing such an unwieldy peace of technology at the world.

The truth is, now that blockchain is out there is no stopping it. So, what now?

I didn’t want to write this article to diminish the benefits of blockchain. Nor did I want to ignore the hard truth about some of the darker sides of this technology. As usual, I just want to raise awareness on this topic.

In my opinion, the best solutions to problems come from communities of educated people. Hopefully my words can act as a beacon of understanding for those who have felt left out of the conversation. For those who were already in the loop, maybe these thoughts have sparked some motivation. Either way, it’s time for us to get moving. Guided by education and awareness, let’s work together to utilize blockchain for its amazing potential, while fixing some of the unintended consequences of rapid innovation.

Related Stories
Subject Matter
Join Free TON Community and Participate Contests! by @Free TON
#promoted
How I Hacked My Brain To Trigger My Most Productive Coding Stint Ever by @torbet
#coding
Is the Drop In Audio Industry Already Too Crowded for New Contenders? by @cyberguyesq
#clubhouse
Improve Machine Learning Model Performance by Combining Categorical Features by @davisdavid
#machine-learning
Sustainable Clothes Made From Recycled Plastic by @alahausse
#fashion
How Platforms Like Facebook Can Make Algorithms More Transparent by @jaipaul
#social-media