Avatars Will Emerge as Storytellers 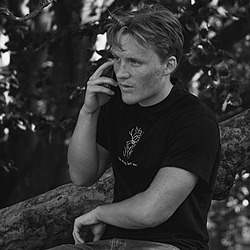 Humans rule the world.
Not because we are physically superior, but because we are able to cooperate in large numbers. This is the idea presented by Yuval Noah Harari in “Sapiens”, and he further explains that the reason humans are able to cooperate is the ability to tell and believe in stories. Given the importance of storytelling, it is useful to investigate how it might change in the future.
Traditional storytelling consists of three parts: some characters, a series of interactions, and an environment. The environment is the reality where the story is unfolding, there are characters living in the given environment, and their interactions make up the story.
All three parts are heavily interlinked and they are increasingly explored from the beginning until the end. New interactions reveal more of the characters personalities and the environment.
Donald Duck’s actions are familiar to most people.

New tools for creating animated content and platforms for distribution are enabling this shift. Creating animated stories has historically been both time-consuming and expensive, and has thus been reserved to companies with the necessary funding.
With the help of online tools, creative individuals are able to create a lean version of a character and parts of an environment. With new distribution platforms like Instagram and Youtube the demand can be tested and the feedback loops used as guidance.
If there is traction, the creator can further invest in a more extensive version of the character and the environment. As long as the traction remains, the creator can continue to iterate and improve.
The spotlight is shifting to the character.
As the storytelling is moving from interactions first to characters first, the characters will grow in importance. Creating a character which attracts a Following will be one of the most efficient ways to spread ideas and influence. The character will become the modern version of today’s influencers, but without the physical limitations, and its presence in various environments and stories will be infinitely scalable.
Growing a Following will be difficult when developing a modern influencer, but as AI evolves and continues to beat humans in narrow domains, it will solve this problem. An example is Deep Blue, a computer which beat Kasparov and became chess champion.
Though an impressive achievement, it is difficult to direct admiration towards computer code. Instead, the achievement could be attributed to an avatar with personal traits and the result would be the rise of modern stars, animated avatars attributed with AI skills. This could attract a following similar to today’s human stars, if not surpassing them.
Avatars will emerge and interact in new environments.
In the beginning, this will be a controlled process where the creator of the avatar defines the interactions, the environments and how the character reacts to it. Next, and this is a huge change, avatars will interact with other independent avatars in shared stories or environments.
It will no longer be possible for a producer to plan how the story should unfold, because the story will be created along the way. This could result in the most unpredictable, comprehensive and encompassing animated story ever told. It might never end, as new avatars interact with the ever-expanding story.
For now, avatars are a scarce asset. But the transition could happen quickly, resulting in abundance, selection and curation. And given the power dynamics of the Internet, some avatars will attract almost all of the followers. Thus, when Harari explains that storytelling has enabled humans to rule the world, we should pay close attention to who gets to tell the stories of the future.