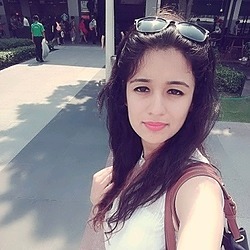 The year 2018 was marked by a surge of public interest in energy-related blockchain projects. Indeed, as it became ever more clear that distributed ledgers can be a great match for the energy market, with all its inefficiencies, large players – including Shell and BP – entered into blockchain partnerships. 2019 is shaping up to be even more exciting, with existing projects releasing their first products and new, high-profile companies entering the market.
The energy industry is infamous for the non-transparent nature of its pricing: Consumers rarely understand how their electricity bill is formed and why they have to pay more every year. Bills are usually estimated and the price of energy for the end consumer has little relation to its production price. Power plants are known to transfer any additional costs onto their consumers – such as whenever they install new equipment or are subjected to a new environmental tax. Smaller producers, which are often able to offer renewable energy at a much lower price, find their way to consumers blocked: Due to the centralization of the system, they are forced to sell their energy to large plants.
Unsurprisingly, with the growing popularity and adoption of blockchain, numerous promising startups have sprung up to try and correct these inefficiencies. In this article, we take a look at three of them, all of which differ strongly in their approach.

WePower has attracted significant attention with its innovative system of buying energy geared toward businesses. On the future platform, companies will be able to conclude smart electricity contracts with renewable energy producers and get the best prices in return for long-term commitment. The trading will be organized as an auction, with producers trying to undercut each other. The auction will include offers that require the construction of new generators: In this case, buyers will be able to monitor the building process on the blockchain. As with all blockchain projects dealing with the real-life economy, the question of how the contracts will be priced given the extreme volatility of cryptocurrency and tokens arises. WePower’s solution is to fix all contract prices in US dollars, even though the actual payment is carried out in tokens using so-called “power purchase agreements.”
However, this does not solve the underlying issue of investment in renewables. Because of the strong and constant price fluctuations in the wholesale market, many companies are too wary to invest in solar or wind installations. Those who do invest tend to overcharge consumers to make up for their costs and risks. Since WePower plans to attract existing producers, its users might have to purchase energy contracts at prices no lower than those offered by traditional companies.

Restart Energy is a successful European energy provider based in Romania. The project aims to combine the advantages of smart meters and blockchain-based smart contracts to allow consumers to purchase energy in a fully digital and automated way. The difference lies in the business model: Restart offers a franchise system where one can open their own power retail company and earn an income selling energy on the blockchain. To do this, a potential franchisee needs to hold a certain number of tokens (which varies from under 10,000 for Liechtenstein to 80 million for the US) and pass the necessary due-diligence tests and capital requirements. The idea is certainly promising, but so far it’s unclear how Restart will succeed in offering better energy prices to its clients, considering that its franchisees will need to earn a profit margin of their own.
While the approaches to energy production and trading on the blockchain differ, the same core idea remains: The current market inefficiencies must be eliminated. If we are to switch to renewable energy sources anytime soon, a whole new infrastructure needs to be created – one where users know how much energy really costs and where they can pick the best supplier in an informed and transparent way.

It claims to be combination of an affordable, blockchain-driven investment scheme and a transparent pricing structure.  The major proponent of this idea is LCG, an electricity provider licensed by the German and Austrian Federal Network Agencies for Electricity, Gas, Telecommunications, Post and Railway serving more than 50,000 clients in Germany and Austria with plans to soon expand into the Netherlands, Hungary, and the UK. The company plans buy energy on the open market and invest in renewable energy projects with an expected ROI of 20% or higher. This will allow all members of the platform to support cost-efficient renewable energy projects and eventually gain access to truly affordable electricity at transparent prices.
It claims to optimizing the energy usage for small and medium-sized consumers and business with the help of smart meters – devices that collect and transmit data on electricity consumption and help users save up to 20% on their energy bills. A synergy of smart meters and the LCG blockchain will allow all clients of the company to optimize their energy use and pay for it in their own currency.