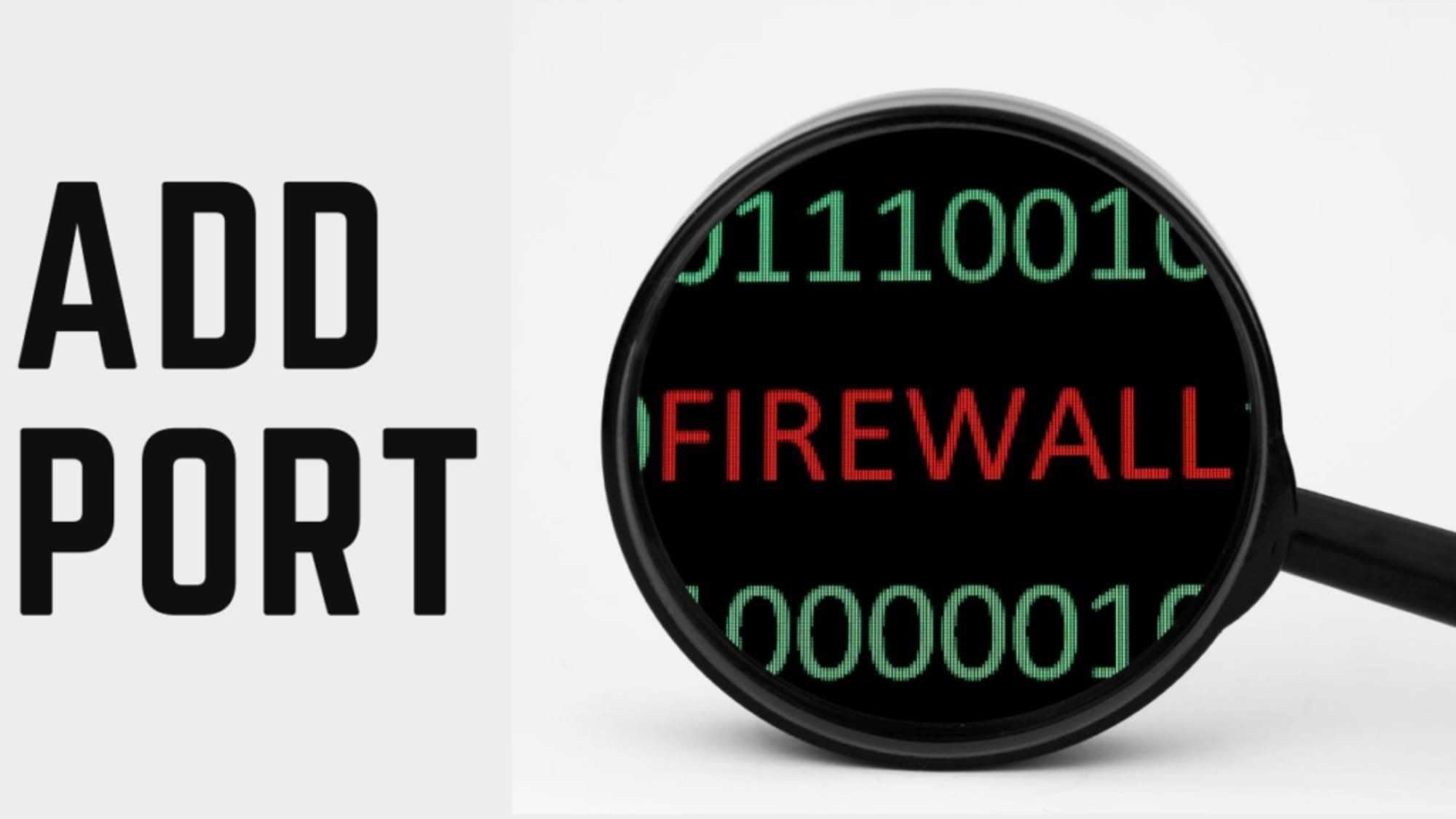 Setting up lots of Windows firewall rules is terribly time-consuming. It's not exciting and is prone to errors due to all of the clicking around in the menus. Instead, why not automate this process! In this article, you're going to learn how to quickly and easily add ports to the Windows 10 (and other OSes) firewalls using Excel and a simple CSV file as input.

Why a CSV file, you ask? In the article, we'll be using PowerShell to create Windows firewall rules. PowerShell, as it turns out, has a handy cmdlet called Import-Csv that allows you to easily read CSV files. Not only that, if you need to collaborate with others on the expected ports to open, you can share this CSV file with your team and have them edit it themselves.

Let's jump into how you can create Windows firewall rules using a CSV file with PowerShell!

This blog post is going to be a how-to article. If you'd like to follow along, please be sure you have the following in place beforehand:

You're going to need input to the PowerShell script that includes all of the Windows firewall rules to create. To do that, you can use Excel. You can create your own CSV file or, you can save yourself some time and download a pre-created Excel workbook for you.

The Excel workbook has two main worksheets; Rules and Server Groups as you can see below.

The rules worksheet has various columns each representing parameters you'll eventually need to pass to a PowerShell script. In the following screenshot, you can see that many of the rows have been filled in for you to show examples. Each row indicates represents one Windows firewall rule. 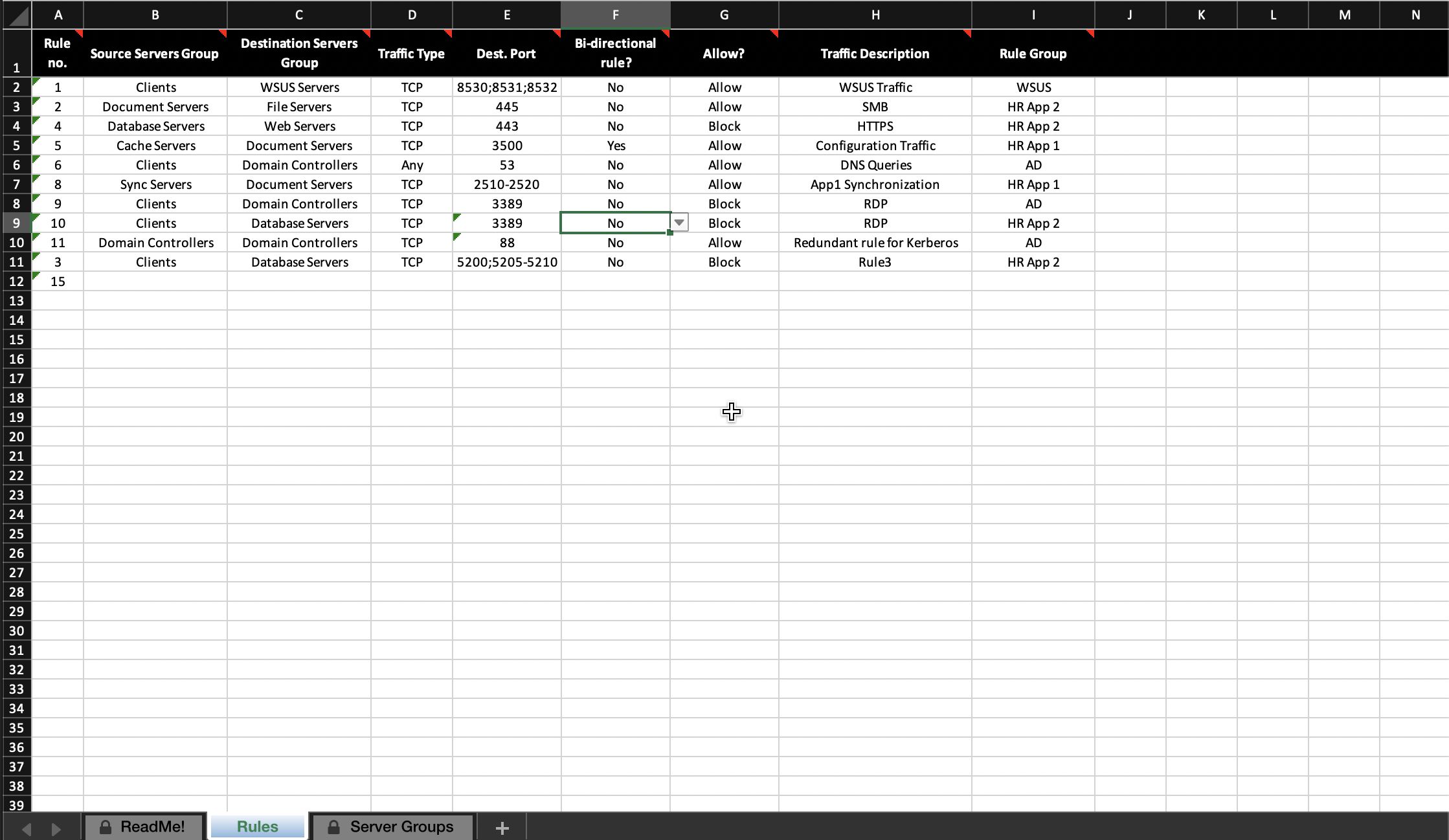 If you click around in the rows, you'll see that many of the cells have Excel's data validation feature enabled on them. Data validation allows you to simply click on a cell and select from a list of pre-defined values.

Go ahead and remove all of the examples rows if you wish and add your own following the same patterns in the example rows. You'll soon learn how to build a script that reads this data and builds the Windows firewall rules you're defining.

Below you'll find explanations for each column of the Rules worksheet.

The next worksheet you'll see is called Server Groups. This worksheet allows you to define the names of the Active Directory groups you have the servers you'll be remotely targeting to create these Windows firewall rules on. 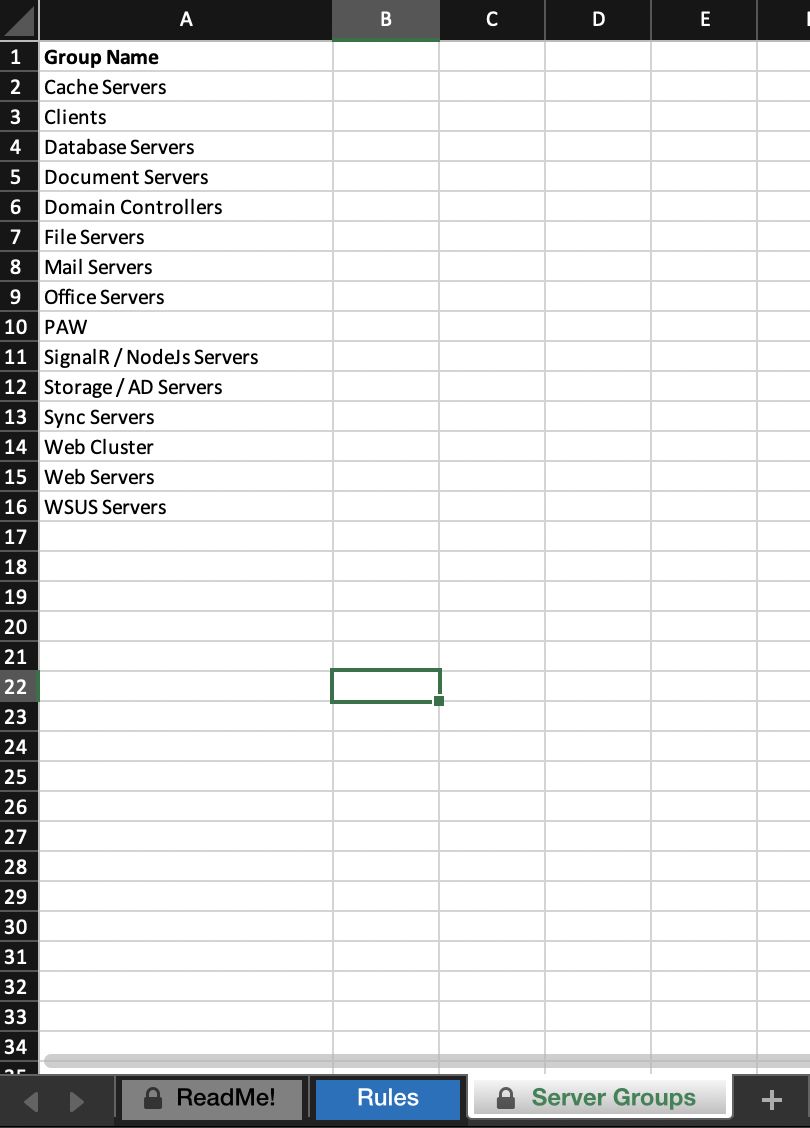 Note that the names you provide in the Server Groups worksheet need to match the servers in your Active Directory environment.

Creating the groups in this worksheet will spare you from typing them for each rule. The server groups also act as input to the Source Server Groups column on the Rules worksheet. 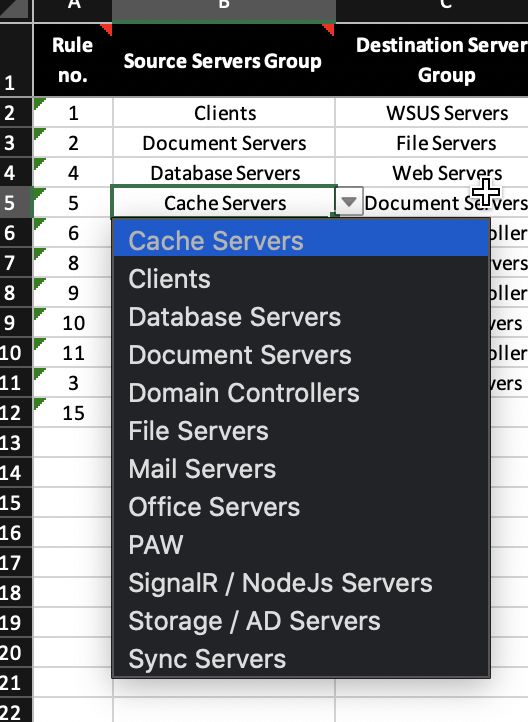 Example usage: Perhaps you have a web application that runs on database servers, web servers, and cache servers. You most likely need to restrict the traffic flow between these servers. Maybe you need to control HTTPS from the clients to the web servers, maybe some DNS and LDAP queries to the domain controllers, and so on. In this case, in the Server Groups worksheet, you can create the Groups Web Servers, Domain Controllers, Database Servers, etc. These group names represent actual groups of computers from your Active Directory structure. The PowerShell script will create firewall rules on computers belonging to these groups later on.

Saving the Rules worksheet as a CSV

Since it's much easier to work with a CSV in PowerShell than it is with an Excel workbook, the next step is saving the Excel workbook in a CSV format. To do that, ensure you have the Rules worksheet open in Excel, click File —> Save As and choose CSV.

Finally it's time to use a bit of magic PowerShell generate the Firewall rules. Don't worry, the longest part is already over!

Finally, it's time to use a bit of magic PowerShell to generate the Firewall rules. Don't worry, the longest part is already over!

Now that you have the properly-structured CSV file built, it's now time to create the PowerShell script to read it and to automate creating all of those Windows firewall rules.

The script provided below performs the following:

The script in action. You will see information (such as ports, destination and source servers) for each rule that was created.

The rules, as they were created in Windows Defender Firewall. This is where the description comes in handy.

You can then double-click a rule to verify the rules just created by the script were as intended. 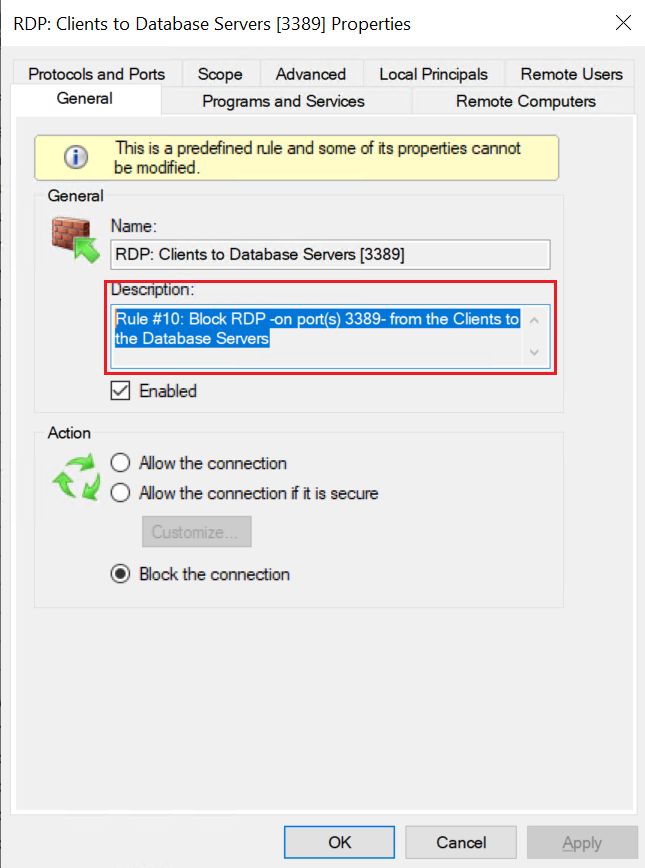 Double-click a rule to see more information about it.

If you enjoy this article, be sure to check out the hundreds of other how-to posts on PowerShell at adamtheautomator.com! 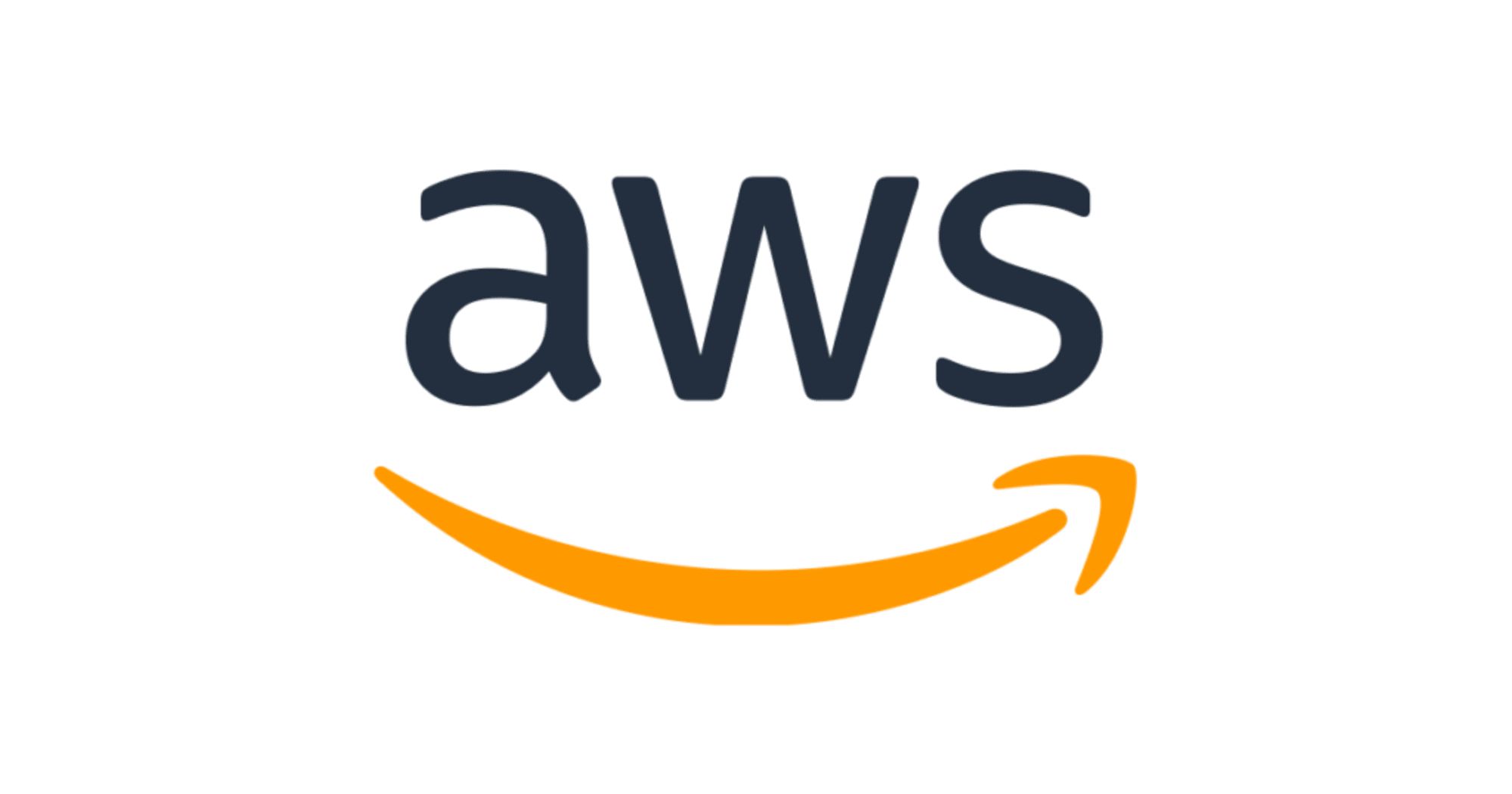 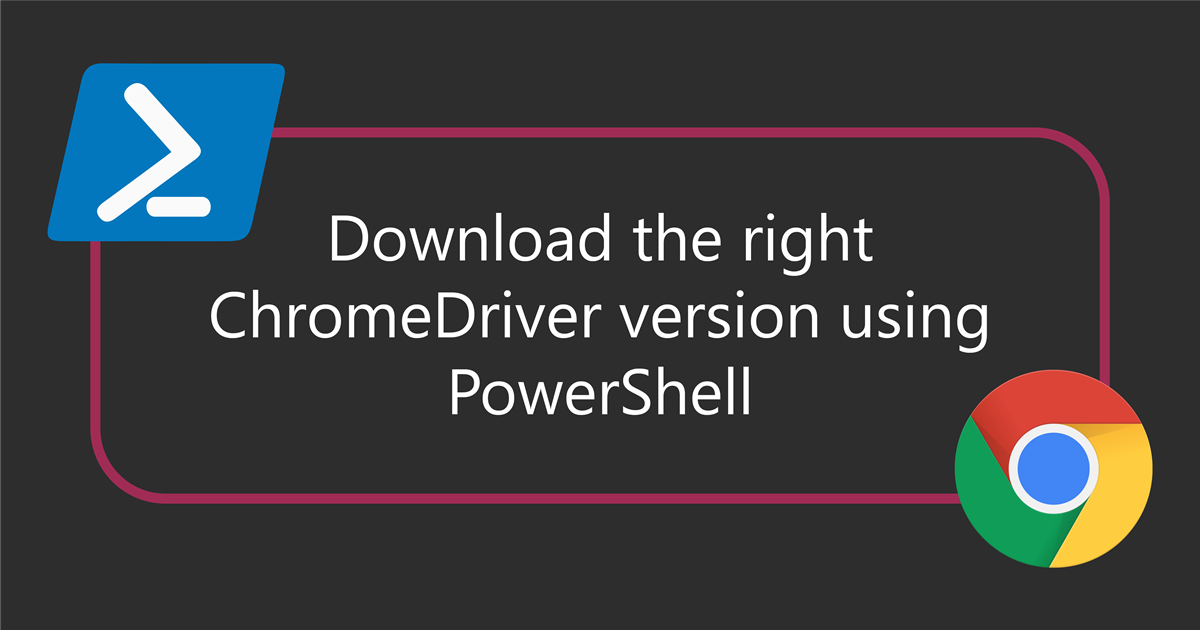