A Legal Strategy for Regulating Blockchain 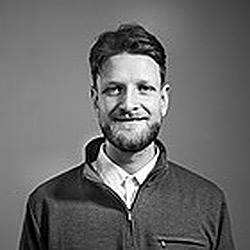 This article discusses how financial regulators can regulate smart contracts in such a way that the adoption of the blockchain is feasible. I will argue that to regulate cryptocurrencies without destroying it, fungibility must be maintained, and it must be treated as money.

Having done so, I will discuss how previous financial innovations has been unsuccessfully regulated and cause global systemic havoc, then regulatory lessons from the early days of the internet are presented as feasible options, and finally, regulatory strategies for adopting blockchain are recommended because:

Blockchain is fundamentally challenging to incumbents such as clearinghouses, states issuing fiat currencies and banks as it uses a new form of money; cryptocurrency. The computer and incentive infrastructure being used by financial incumbents relies on decades-old technology and corporate structures.
Several financial regulators, such as the Financial Crimes Enforcement Network (FinCEN) and the Internal Revenue Service (IRS) in the United States, are currently adopting and defining positions related to cryptocurrencies in their regulations.
An example is “Coin Center,” a cryptocurrency think-thank (Valkenburgh 2019), which deems that the latest regulations released by FinCEN (2019) as of the time of writing mostly follow their recommendations.

On the other hand, the IRS’s current stance on smart contracts is underdeveloped and confusing, and the cryptocurrency experts at Coin Center experts are not sure how to interpret the information.

Current legal frameworks have to adopt if their citizens are to leverage the capabilities of blockchains. Most importantly, the Securities and Exchange Commission (SEC) has recently suggested that the cryptocurrencies Bitcoin and Ethereum can serve as legal tender (Schlegelmilch 2019).

The state Arizona has instigated a law declaring that blockchain-based digital signatures are legally enforceable (Higgins 2017) and Vermont has declared that blockchain-based evidence is admissible in court (Vermont general assembly 2018).
This suggests that blockchain is transcending being a marginal technology and increasingly becoming an established de facto standard for transferring value over the internet, similar to how the TCP/IP protocol is the de facto standard for transferring information over the internet.
For example, alternative cryptocurrencies claiming to be money are not always accepted by regulators as money. The “Kin” so-claimed cryptocurrency controlled by a private company (Canellis 2019) is as of the time of writing in a dispute with the IRS.

Kik, the company behind Kin, is aiming to develop a form of money using cryptocurrency but the IRS holds the position that Kin is not money, but a security. No matter the outcome, regulatory disputes as this stifles development and promotes insecurities as how to proceed and if there will be any legal consequences.

Even if cryptocurrencies are made illegal, they would still work for anyone with access to the internet, and the company Blockstream (2019) has released a satellite relay which gives the capability to conduct a Bitcoin transaction using a satellite antenna.
Blockchain has been used for several scams and Ponzi-schemes such as the pyramid scheme “Bitconnect,” due to its unregulated nature, which enables an entirely free market (Chohan 2018). More than 80% of all cryptocurrency-based crowdfunding campaigns conducted online in 2017 were outright scams (SATIS Group 2018).
Thus even though cryptocurrencies are jurisdiction-neutral, barriers such as laws and regulations can have unintended consequences and halter innovation as a bi-effect, in the end, state regulators have been given the responsibility to intervene in illicit/fraudulent cases and bring justice to criminals to keep order in society.
I am not going to elaborate whether any cryptocurrency is legitimate because the point is that these disputes can undermine the legitimacy of cryptocurrencies in general and stifle experimentation and innovation. Setting barriers for further development can halter the adoption of blockchain technologies in general and delay the time until society can reap the benefits.
For example, the Special Secretary of the Federal Revenue of Brazil (RBF), a financial regulator in the country, has issued “Instruction 1888” (Need source…) which passes new rules to come into force on August 1st. Essentially this means that all legal entities, exchanges and individuals carrying out operations using cryptocurrencies have to inform the Brazilian treasury of every detail of their transaction, with the exception of foreign exchanges this an outright 100% transparent policy.
This also equals to 100% in domestic cryptocurrency transactions and is potentially a domestic a tool for totalitarian surveillance.
Blockchain startups often search for and settle in the legislation most fitting to their business model known as “regulation shopping”. The largest cryptocurrency exchange in the world by volume “Binance”, which has conducted a strategic regulation shopping move by moving their corporation from Hong Kong to the more cryptocurrency friendly regulation of Malta (Paul 2018).
When tax revenues from cryptocurrency exchanges such as Binance are realised, I believe competition among regulators for bringing the most profitable cryptocurrency companies into their regulation and reaping the tax benefits could occur.

WTF Are Blockchain Oracles and How They Make Smart Contracts Smarter