A History Of Blockhalving, And What To Expect In 2020 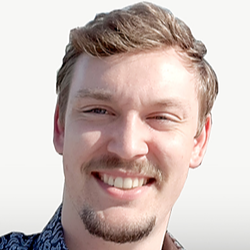 How would you feel if you got a 50 percent pay cut? What if you knew exactly when it was going to happen in advance, and there was still nothing you could do to stop it?
It’s an unpleasant idea for anyone, but it’s pure reality for anyone deep into crypto. At the current mining rates, the reward for mining Bitcoin will drop from 12.5 BTC to 6.25 BTC sometime in May 2020. The incentive to mine one of the world’s most popular cryptocurrencies will decrease by half. Surely the blockchain industry is paying attention!
But there’s actually no cause for alarm at all — blockhalving is hardcoded into how Bitcoin operates. It’s business as usual, and it only means that Bitcoin is doing exactly what it’s supposed to do according to the original designs of Satoshi Nakamoto.
There can only ever be a maximum of 21 million Bitcoins in existence, so the reward for making new ones needs to be reduced periodically in order to bring sustainability to its value. That’s exactly what blockhalving accomplishes, once every 210,000 blocks.
The blockhalving question on everyone’s mind isn’t whether or not Bitcoin will “make it” — it’s already halved twice in its ten-year history, so the cryptocurrency’s survival doesn’t really register as a concern. The popular question is actually about price: how will the value of this cryptocurrency behave as the reward for generating it decreases?
The price of Bitcoin tends to increase leading up to a halving.
It can’t be overstated: blockhalving is fundamental to how Bitcoin operates. People know months in advance when it will happen, so they are free to make whatever trades they deem necessary to protect their interests. Members of the Bitcoin community might even throw halving parties to celebrate the occasion like a necessary change of season in the crypto world. You might visit BitcoinBlockhalf.com for some highly accurate countdown clocks to this pending event.
History suggests that Bitcoin prices will rise ahead of a halving. “The supply of Bitcoin will be reduced!” goes the concerned thinking. “I better buy now to be covered for later.” When a bunch of people turn this thought into action at the same time, the price of Bitcoin only goes up.
But this is a known, normal event on the cryptocurrency calendar.
While the price of Bitcoin after halving is pure speculation, there’s no speculation on the halving itself. Large-scale miners know the name of their game is to maximize efficiencies, so if you’re more efficient than everyone else, the halving doesn’t change your approach at all. That’s why so many mining companies (my own included) agonize over tuning hardware and optimizing software to squeeze every ounce of mining performance out of them. These aren’t just “nice to have” advantages, they are competitive necessities.
Bitcoin opens up new levels of freedom and financial independence, and blockhalving is an essential ingredient in the recipe to get us there. Those who depend on mining this cryptocurrency for income will find themselves facing increased competition from larger operators that enjoy more efficiencies and cheaper electricity. The days of the lone Bitcoin miner are numbered because they hardly stand any chance to make money in this field right now. The much larger, dedicated mining operations that leverage their business advantages thoroughly dominate the space. They can centralize powerful hardware to play a meaningful role in the decentralized blockchain.
That’s why my company built its own data centers to offer everyone the possibility to participate via cloud mining. Now any individual has a way to mine their own cryptocurrency using high-powered hardware connected to an advantageous infrastructure — it has more efficiency than the lone miner could ever dream of having at home. The advantages of such cloud systems will easily outweigh the DIY approach, which is why crypto mining ecosystems have started to centralize.
Centralization isn’t exactly in the spirit of Satoshi Nakamoto’s vision, but this is the reality after ten years of momentum in the blockchain arena. The halving in 2020 might continue to drive the trend.
These days it’s businesses — not individual people — that dominate the mining space. There really aren’t any stories of stories of eccentric independent miners maintaining their gear and paying exorbitant prices for electricity on a monthly utility bill.
But the future is unwritten. May 2020 will surely be an interesting time to pay attention to the price of Bitcoin.

What Is An On-Chain Transaction?