A Guide to Password Hashing: How to Keep your Database Safe 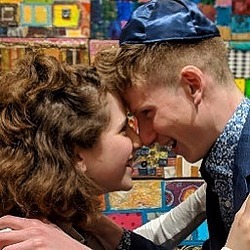 Most likely in a musical right now. 🎭

Hashing algorithms are one-way functions. They take any string and turn it into a fixed-length “fingerprint” that is unable to be reversed. This means that if your data in your database is compromised, the hacker cannot get the user’s passwords if they were hashed well because at no point were they ever stored on the drive without being in their hashed form.
Websites using hashing typically have this workflow:
NOTE: Only secure, or cryptographic, hash functions can be used for password hashing (SHA256, SHA512, RipeMD, WHIRLPOOL, etc.)
Sadly, just cryptographically hashing passwords does not ensure safety.

Brute Force and Dictionary Attacks
The easiest way to decrypt a hash is just to guess the password. The way to do this is to guess the user password, hash the guess, and compare it to the hash of the actual password you are trying to solve. If the two hashes match, the unhashed version of the guess is the right password.
A brute force attack goes through every possible combination of characters given a certain length. Even though they will 100% eventually crack any given password, it is difficult to use this method because of how computationally expensive it is. Some passwords that are even fairly short in length can take thousands of years (literally) to crack using brute force.
Dictionary attacks use a file containing commonly used words, phrases, or passwords that are likely to be a used password. There are databases you can find that hold the top 100,000 (or however many) most commonly used passwords. The attack hashes these passwords and compares the hash to the password to crack. For cracking the average Joe Shmo, this is sometimes a good method to use and is certainly faster than using a brute force attack.
Lookup tables can improve cracking performance by pre-computing the hashes so when it comes time to guess the password, the program needs not to spend compute time actually hashing the guesses.
In the next section, we will take a look at “salting” which makes these cracking methods impossible to use reliably.

The reason lookup tables, dictionary attacks, and brute force attacks can work is because the passwords are hashed the same way each time. We can randomize the hash by prepending or appending a random string called a salt to the passwords BEFORE hashing.
The salt doesn’t have to be secret because an attacker doesn’t know what the salt will be and thus cannot make pre-computed tables for it.
The Dos and Don’ts of Salting
Don’t:
Do:

Storing a Password:
Checking a Password:
NOTE: Always always always (shall I add more always’??) hash on the server. Sometimes JavaScript isn’t enabled and a hash won’t work on the client-side. Also, no one else can access the server so it is ensured to be hashed (You can also hash on the client-side if you so choose)
Thanks for reading! Hash safely!