A Bitcoin Affair- The Men Involved 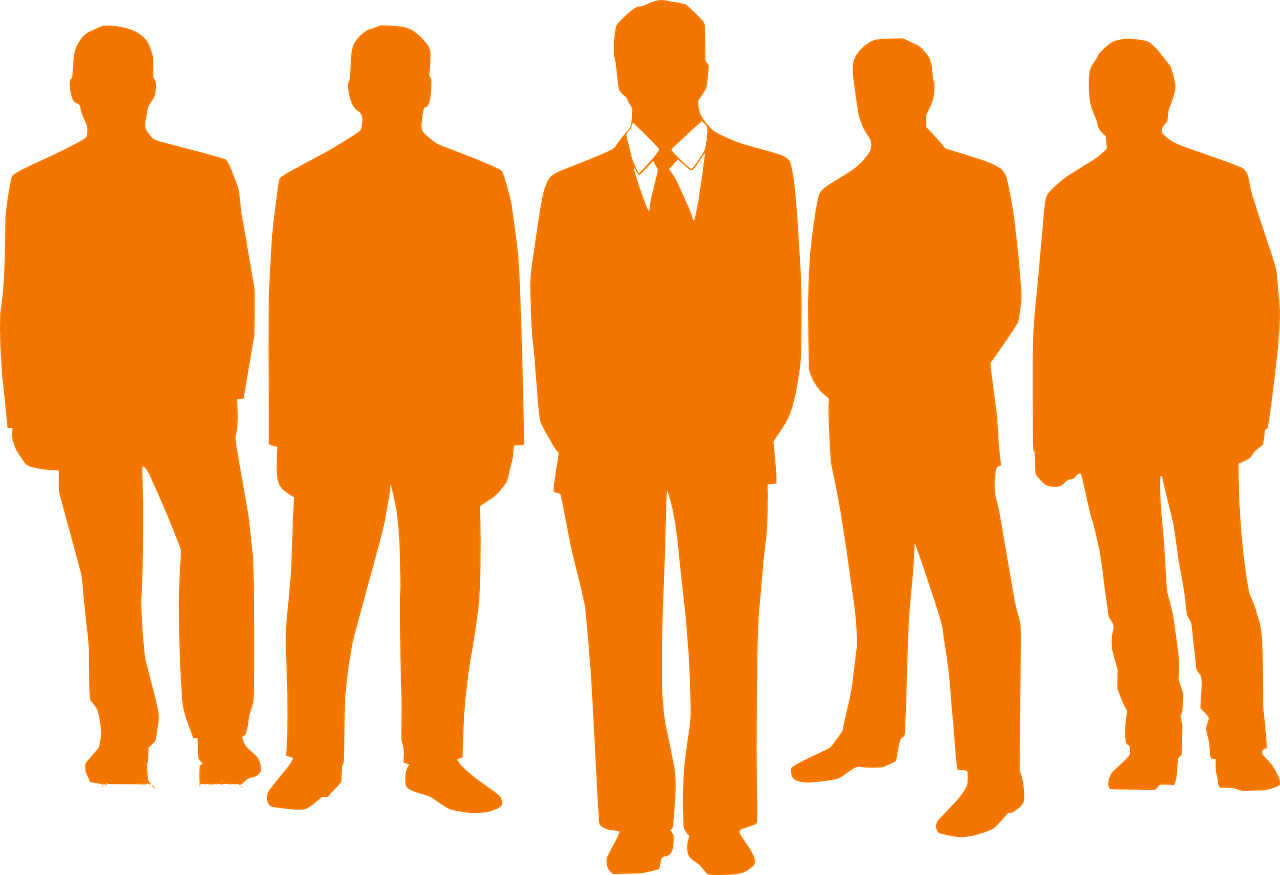 Let us take a look at the past, present, and future of Bitcoin

Given the current state of stasis/stagnancy (however you choose to describe it) of Bitcoin and Cryptocurrency, I have been wondering these past few weeks regarding where Bitcoin goes on from here on out.

Whether it is institutional money, more retailers accepting Bitcoin or solving the issues with scalability, one thing is for sure. The future of Bitcoin will be decided by the main players of the industry and their vision of Bitcoin’s impact on the world 5, 10, 20 years from now.

While I am a believer that history never repeats itself due to changing circumstances and characteristics of different generations, there are certainly lessons and insights to be gained from studying history. Human nature never truly changes, and although each individual is uniquely different, there are certain traits that groups of people tend to possess more of.

Having recently finished reading the book “How Money Got Free: Bitcoin And The Fight For The Future Of Finance” by Brian Patrick Eha, I was intrigued by the characters that shaped the present state of Bitcoin and how different each character was from each other.

From politics to finance and technology, Bitcoin certainly represents more than money to many. What did Bitcoin represent to these characters, and how has it impacted the perspective people have of Bitcoin? More importantly, where do we go from here? Read on to discover for yourself.

1. An adherent of libertarianism.
2. A person who believes in free will.

What I got from this Google definition of the term “libertarian” was that it was broad in nature. What constitutes “free will” to you? It can be as simple as the free will to walk around the streets near your block or as deep as choosing to use your own money.

However, two characters that struck me as embodying the term to the extreme was both Roger Ver and Eric Voorhees.

Roger, known as “Bitcoin Jesus” to many, was a man who hated governments at his very core. And who could blame him? Jailed at a young age for selling explosives, the resentment he felt towards the government was strong since a young age.

Both men saw Bitcoin as a way to truly own your money as they were disillusioned by governments and saw governments as manipulating the citizens. Once you take away the value of fiat money, that takes the control away from the governments, making money free and with that, one less thing the government has over our lives.

It was with this mentality that drawn many libertarians to Bitcoin in its infancy. Weary and disgusted by the level of corruption present in the financial institutions that led to the 2008 recession, Bitcoin was seen and advocated as a method to break free from this form of corruption. However, it was not this belief that gave Bitcoin its first big break.

Drugs, child pornography, and murder. Black markets offering these services have been around before the existence of Bitcoin and unfortunately will probably be around for a long period of time. Throw in a method to receive payments anonymously from any country without having to meet the other party physically, however, and you get the Silk Road.

Started by Ross Ulbricht, Silk Road was the biggest and earliest black marketplace that accepted Bitcoin as a method of payment. Through Silk Road, users did not need to know or meet each other, creating a strong demand for Bitcoin. This drove up the price of Bitcoin, making itself known to the world as a currency for black market activities, something which stuck to Bitcoin’s name and reputation for a long time.

While the libertarians saw the decentralized and anonymity feature of Bitcoin as freedom from government control, merchants of Silk Road saw it as an underground currency for them to escape from punishment for their illegal transactions. Though it drove awareness towards Bitcoin, it came along with a bad reputation for it.

Founder of Blockchain (seriously, getting the rights to the name itself is a win) Nic Cary saw Bitcoin as a way of moving money seamlessly across borders. Out in the desert somewhere in the middle east, he saw his guide using a mobile phone.

For Nic, this simple act of communicating with someone else from the middle of the desert sparked an idea within him- Bitcoin can be the money that transcends borders, like how communication is no longer confined to borders with the mobile phone.

Remittance companies like Western Union not only cost a significant sum when using their services, it takes a long period of time before the money has been officially transferred. With Bitcoin, these inefficiencies are eliminated, and at a much lower cost.

This was the main motivating factor for working on Blockchain, a company that offers a Bitcoin wallet in which users become their own banks and are in complete control of their own funds. Blockchain differs in comparison with a company like Coinbase when it comes to custody of the customer’s Bitcoin.

This ideology of being in control of your own funds is not an important factor for all users, despite the many cases and examples of hacks on third-party custodians. This is because many users are used to receiving support from the company whenever they face any issues, such as forgetting their passwords etc.

Currency or commodity. Many people, especially regulatory bodies have been trying to pigeon-hole Bitcoin into an existing asset class with little success. What cannot be denied, however, is that Bitcoin is seen as an investment asset class. This brought Bitcoin to the attention of several financial players, with Barry Silbert and the Winklevoss twins being the notable characters in the early days of Bitcoin.

With that insight, he founded Digital Currency Group (DCG) and Grayscale investments. Grayscale Investments provides investment services with the only focus on Bitcoin for financial institutions. DCG invests in Bitcoin and Blockchain technology-related companies.

This ideology of seeing Bitcoin as an investment class is one which many people subscribe to. However, this has brought increased regulation towards Bitcoin, something that financial institutions know is necessary before they can invest in Bitcoin themselves.

For better or worse, I see this being the prevailing ideology for the next decade, especially in developed countries where the financial ecosystem is still relatively stable. There is no motivation to go against the government and regulatory bodies, for fear of being prosecuted. This motivation becomes strong enough in countries where citizens are tired of corruption and holding onto national currencies that decrease in value by the day.

All About The User- Changpeng Zhao and Brian Armstrong

Binance and Coinbase, two of the biggest names when it comes to Cryptocurrency exchanges are best exemplified by the men who lead them. These two companies are arguably successful because of their ideology that offering the customer what they want in the best way will naturally lead to success.

In an industry that is still subject to scam projects, there were many exchanges that were willing to list projects that paid them hefty sums of money but had questionable fundamentals.

Not so with Binance and Coinbase. While it is no guarantee that projects that are listed on these exchanges will become successful in the future, these projects are more likely to have stronger fundamentals than the average project.

Furthermore, the implementation of being able to use the BNB token for payment of the trading fee is a clear illustration of wanting to provide more value to the users. As more companies embrace this philosophy, mass adoption will be within reach.

Who are the future leaders of the Bitcoin revolution?

Make no mistake, the characters stated in this article are still going to have an influence on Bitcoin in one way or another, as they pursue their idea of that Bitcoin really means for them. The impact of each influencer will depend on the state of the economic and political environment. For example, as we can see with Venezuela, the chaotic nature of their economy has prompted many to turn to Bitcoin for refuge.

As governments become clearer on their definition of Bitcoin, more regulation will be in place as they balance the act between not being left behind by new innovation and giving up certain amounts of control of their financial system. The land grab is still very much alive.

Disclaimer: This is an opinion piece where I share my views and is in no way a political article. As I have not personally interacted with any of the characters written here, the descriptions of these characters are solely based on my own interpretation of their thoughts and views.

Like What You Read? Let Me Write An Article For You!

In this market, positioning your company as a thought leader is more important than ever. If you find that this article adds value to your company, let me write an article for you. Nothing to lose, everything to gain.