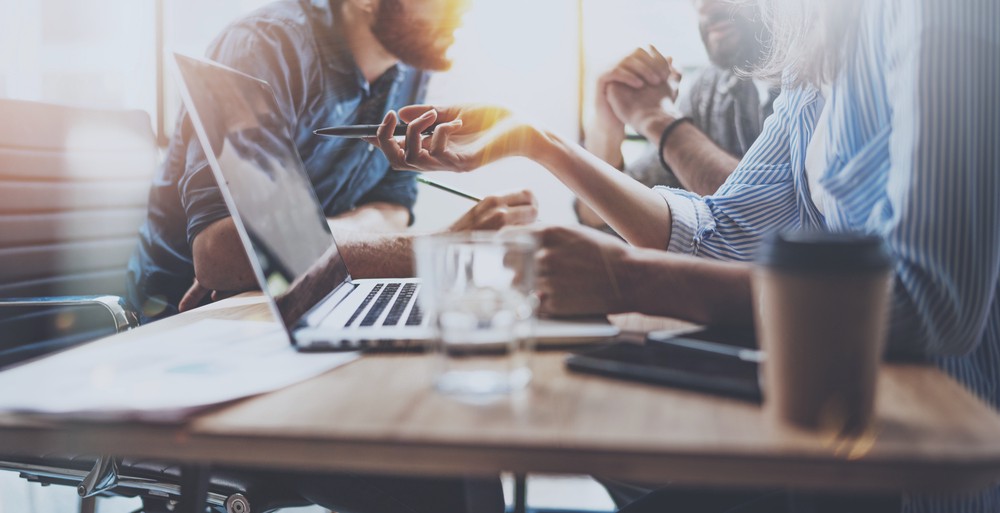 Recent college graduate Olivia Bland had reached the final round of interviews with Web Applications UK when things took a bad turn.

The CEO of Web Applications UK, Craig Dean, started picking on her musical taste and asking a lot of personal questions, then “tearing apart, line by line” all of the information she had submitted in her application.

According to Bland, later in the interview Dean asked, “How do you think it went?” He then said, “I’ll tell you how it went,” and proceeded to point out all her flaws.

The two-hour humiliation nearly brought Bland to tears. She compared it to “being forced to sit in a room with a vindictive ex-partner.”

The most amazing part of this story? Shortly after this experience, the company offered Bland the position. Bland, appalled by her treatment, declined its offer publicly in a Twitter post blasting Dean and his interview practices. The post went viral.

Bland’s case is about more than just a terrible interview; it’s a reminder of how technology has transformed the relationship between individuals and businesses.

CEOs and corporations can now be held accountable in the public forum in a way that was never possible before, and they would be wise to take note. Here’s why.

Customers and potential job candidates have a microphone.

Today, thanks to technology and social media, there is more public accountability than ever. Sites like Yelp, TripAdvisor, Glassdoor, and even Twitter allow customers to take businesses to task for behavior that may have previously gone unnoticed. This reporting can bring significant consequences, especially for smaller companies.

It’s worth noting this feedback isn’t always accurate. There is certainly significant review fraud, and many people rush to judgment on social media without bothering to substantiate their facts. But in many cases, where there is smoke there is some semblance of fire.

Before these channels existed, a 22-year-old such as Bland had no recourse or power to combat the behavior of a company CEO. An executive could behave unprofessionally in interviews for decades and never face any consequences. Social media has changed this equation.

Shortly after the Tweet went viral, the company’s board of directors issued a statement noting that it had conducted an internal investigation and found “no bullying or intimidation occurred.” It does not appear they spoke with Ms. Bland, and the company appeared to come to a quick conclusion.

At face value, Bland’s case seems like business as usual — feedback from other interviewees on Glassdoor describes almost identical behavior by Dean. Though this behavior could alienate candidates and possibly create legal problems, the Web Applications UK board either sees no issue with the pattern or did not dig too deeply into it.

If anything, it seems as if the board sought to release a statement and get past the incident as quickly as possible. The news cycle moves so quickly today that companies often believe they can simply wait for people to forget an issue and move on.

In fact, a fast and insensitive response can backfire.

United Airlines has seen its value fall in recent years in part because of public backlash to multiple negative customer experiences. By rushing to draw a conclusion and close out the issue, companies can further repel customers by appearing insincere or uncaring.

Companies, and their leaders, need to hold themselves accountable for their actions.

Company leaders need to hold themselves accountable, take viral feedback seriously, and not treat complaints as things to be swept under the rug.

Modern life is so fast-paced that people often do and say things without really taking time to reflect on the consequences. That’s the value of the Sunday morning paper test.

Consider: If your behavior or decision were to be published on the cover of the Sunday paper, how would you feel about it? Would you feel comfortable confidently defending your choice? Or would the publication put you on the defensive and lead you to apologize?

I am sure employees, partners, and clients are rethinking whether they want to work with Web Applications UK. And even though Bland’s critique was posted online, rather than in a newspaper, the company should take an honest look at whether they are holding themselves accountable.

The internet, and especially social media, often puts companies and people on equal footing in the public forum. Olivia Bland showed us that any person can hold a business accountable for poor behavior, and Web Applications UK’s response showed that some companies haven’t gotten the message yet. But these critiques are public and permanent, and any business can learn from such an example: Act as if someone is watching; more than likely, someone is.

This piece was originally published in Inc.

Robert Glazer is the founder and CEO of Acceleration Partners, an award-winning performance marketing agency ranked #4 on Glassdoor’s best places to work. Robert was also named to Glassdoor’s list of Top CEOs of Small and Medium Companies in the US, ranking #2.

100,000+ leaders in over fifty countries read his inspirational Friday Forward each week and share it with their company, family and friends. Sign Up Today

Related Stories
Subject Matter
Partner with us for Digital Product Development by @AWH
#promoted
It's Time to Return to Indie Communities by @rosemary-oneill
#community-building
Everything You Need To Know About The SaaS Business Model by @mattkoscielak
#saas
There Are Only 5 Meetings: Standup, Demo, Plan, Reflect, and All-Hands by @ternarywat
#meetings
How Platforms Like Facebook Can Make Algorithms More Transparent by @jaipaul
#social-media
What is Hybrid Work and Why is it the New Norm? by @runningremote
#business