There’s a silent, resilient spirit that exists around the world. It’s the spirit that lets women borrow tampons and sanitary pads in a public restroom without shame; that makes friends out of strangers in the ladies compartment of the Mumbai local; that leads women to fight against barriers and spearhead businesses that help hundreds in their community.

The unbound energy and strength that comes from this sense of sisterhood is unmatched and in India especially, it is reflected on the faces of those who fight against marginalisation and discrimination to create better lives for themselves and their sisters.

Youth Ki Awaaz spoke to five women entrepreneurs who embody this sentiment in the truest sense. In 3 simple yet powerful statements, they give us hope that the fight for a more gender-balanced and equal society in alive and kicking.

If there’s one ‘phenomenon’ that often confuses (but almost always unites) young girls across India, it is menstruation. And what’s as important as menstrual health-care is awareness. Aditi Gupta, the fearless voice behind Menstrupedia, a one-of-a-kind guide to periods, has been taking definitive strides towards shattering menstrual taboos and myths that have been around in India for ages.

On what about menstrual taboos in the 21st century does she find the most ridiculous:

“Menstruating women are impure. This taboo has nothing to do with where you are from. From the interiors of India to big cities, if there was a myth I could do away with, it would be this.”

“The fact that people have started sharing their stories openly. These are powerful and enriching. For instance, mothers saying that ‘What happened to me shouldn’t happen to my daughter’.”

“I go to villages and conduct workshops. I see mothers and grandmothers understanding the need to bash taboos and become a part of the larger movement. It is just a perception that people in rural areas don’t understand this, a mindset that we need to change. We just need one generation of people across genders not passing on these myths and taboos to other generations.”

Half of India’s population comprises women but how many do we see represented in the country’s workforce? Sairee Chahal’s powerful venture SHEROES aims to empower women to take charge of their careers and make workplaces more equal. Till date, SHEROES has helped over 1 million women by mentoring them, providing them with career resources, and helping them find jobs across diverse positions and fields!

On what’s the toughest obstacle to cross for a woman who is trying to get back to a mainstream job after taking some time off:

“There is definitely a stigma around taking a break. It’s an invisible barrier that sets the tone for how people will talk to you and perceive you.”

“The fact that we are putting so many women’s careers on the map. We aren’t prescribing their success, rather they are finding their own versions of success.”

“The accessibility we have today with the internet and smartphones gives me hope. Also, the drive, dreams and aspirations of the younger generation are inspiring too. Both of these factors can change how we perceive and enhance women’s careers. I look forward to the day when the internet will show more results of women-led businesses and opportunities rather than stereotyping them as people who are interested only in cooking, parenting and shopping sites.”

In India, there are some who form the backbone of their communities but remain silent and unrecognised. Stree Mukti Sangathana, spearheaded by Jyoti Mhapsekar (lovingly called Jyoti ‘tai’ or aunt by those who know her), aims to give a voice to these unheard women and works towards empowering marginalised women through education, healthcare and environmental programmes. One of their initiatives, ‘Parisar Vikas’, is targeted towards address the problems of women waste pickers and making them self-reliant.

On what concerns her most about the condition of women she works with:

“The unhygienic conditions forced on them because citizens and the municipality don’t segregate waste. They are in a vicious circle of poverty.”

“The fact that these women are working 10–12 hours a day to protect the environment; they are taking the burden on themselves, saving space in dumping yards and walking tirelessly around the city. Nobody recognises their work but they carry on.”

“I’m hopeful about the new rules on waste management. The attitude of the women I work with also gives me hope. We should feel ashamed that somebody has to put their hands in our waste. But their willingness to learn gives me hope that one day, with systems in place, they won’t have to remain waste pickers. They can take up other jobs, like work in biogas plants or in composting.”

In 1996, after sex workers from a red-light area in Hyderabad were evacuated and left homeless, Dr Sunitha Krishnan started a transition school at the brothel and took it upon herself to prevent the second generation from being trafficked. In the last 20 years, her organisation Prajwala has worked relentlessly towards the rescue and rehabilitation of victims of trafficking, and has made them self-reliant.

On what concerns her most about the condition of women she works with:

“The difficulty with which society accepts them and the kind of challenges they face in getting back to mainstream society. They face a lot of pain and struggle. And society rejecting them again, and again, is the ultimate betrayal.”

“The amazing capacity of these women to smile and overcome — their courage to forgive and embrace humanity. The children especially give their whole to you and that makes you feel constantly humbled and energized.”

“Seeing these women undeterred. They have gone through so much. These girls were sold into prostitution or sexual slavery and raped, but they have an extraordinary generosity to forgive, forget and move ahead. They continue to believe that they can live. I can’t ever imagine my being disillusioned as long as I am around them.”

Meenu Vadera’s Sakha Consulting Wings Pvt. Ltd. runs Delhi-NCR’s only cab service run by women for women. The company has helped many women break free from abuse and become self-reliant. It trains them women with a half-year training course, which covers topics such as self-defense, women’s rights, sexuality and reproductive rights, effective communication, grooming and most importantly, driving.

On why it takes so long for a woman to get out of an abusive relationship:

“If you really understand how abuse happens, the abuser (in this case, men), internalises that it is right for him to behave like this and put the woman ‘in her place’. But the women have also internalised the same thing. They believe that it is okay, that they are victims and they actually have no choice. Women across classes and levels of education feel guilty about getting out of such relationships. Once they realise that it’s actually not okay, they then start on their journey of getting out of it.”

“A woman just walked into my office and proudly showed me a booklet where her name was mentioned as ‘Delhi’s first DTC woman driver’. Anytime something like this happens, when a woman says she got a job, or cleared her permanent license is a proud moment for me. This is an irreversible achievement.”

“Every single breakthrough is like a brick of hope. When you measure our work through numbers, it might not seem ‘big enough’ — like 200 women drivers in a city of 16 million. But the transformation power that those 200 have gives me immense hope. There is enough to pull us down but there are also enough triggers of hope!”

These are 5 women who have helped hundreds of women — and the work of these hundreds reflects in the social change that is slowly but surely sweeping over India. All it takes is one person and one idea that believes in turning around things for the better. And if these winds of change are anything to go by, we can hope for a more gender-balanced and equal society where all voices will have the power of being heard.

Originally published at www.youthkiawaaz.com on January 23, 2016.

How To Deal With A Micromanager The Right Way 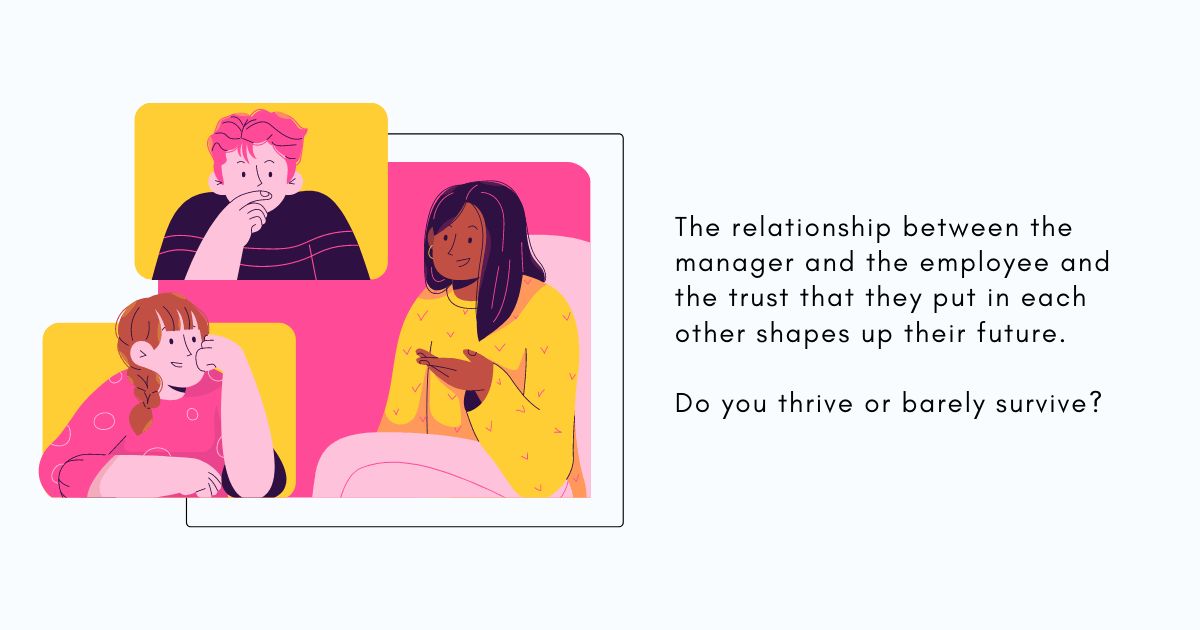 The Lack of Internet Access Deepens Gender Inequalities and Margina... 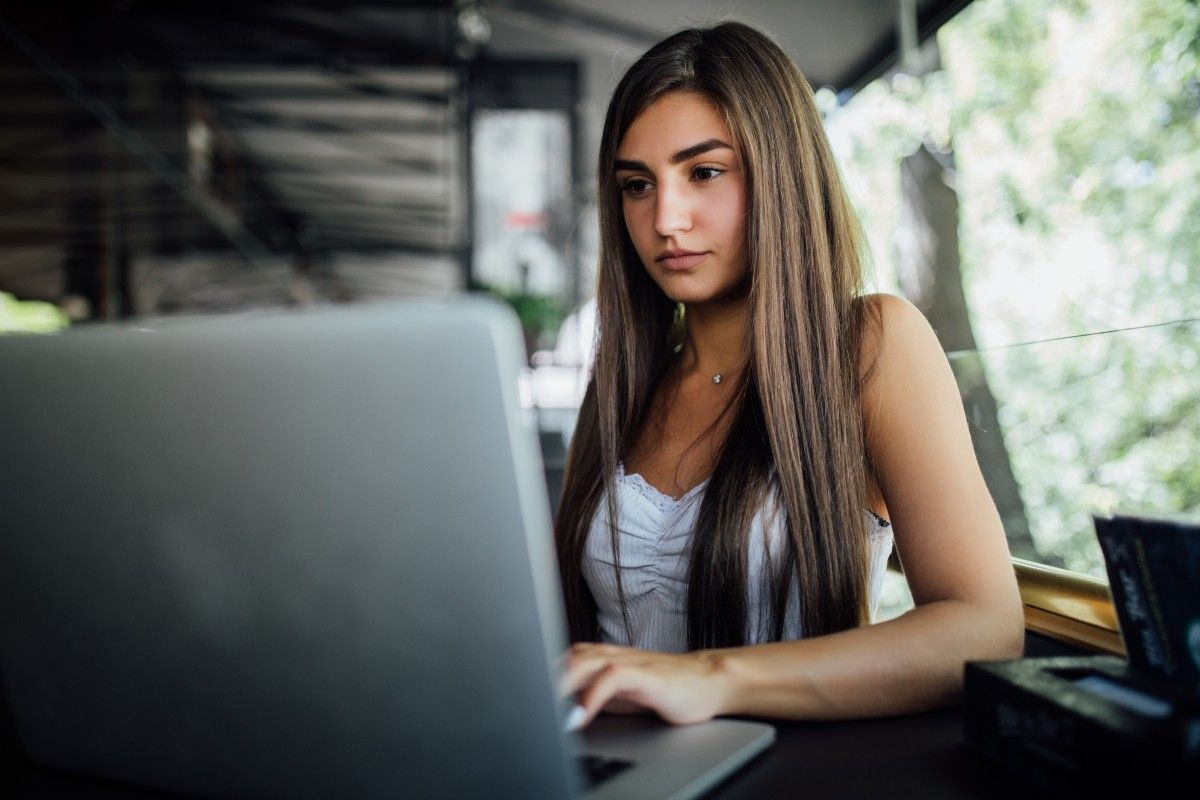