For the vast majority of people in tech, one of the side effects of the Covid-19 pandemic has been the switch to working remotely. If Twitter is anything to go by, for some, this may become a long-term reality, too.

Among the many questions surrounding remote work is the always burning issue of productivity, with all 17 levels of management (in an average organization) wondering if remote employees can be as productive if they work from home.

To answer this, we turn to science and the remote work productivity research that has been conducted over the years addressing this particular issue.

Even the birds in the trees have heard of a Stanford 500-people study that professor Nicholas Bloom presented in his TED talk in 2017, sharing some staggering results. Among other things, the study showed that the employees who switched to working exclusively from home were much more productive than their in-office counterparts, amounting to a whole day’s work every week.

Professor Bloom suggested that this boost in productivity stemmed mostly from the lack of commute and some other, rather pedestrian reasons.

Gallup, however, suggests something far more interesting. In their research from 2016, they discovered that people who worked remotely a certain part of their workweek (the sweet spot somewhere between 60-80% in favor of remote work) were more engaged. According to them, the 15% bump in productivity that follows increased engagement is the main reason for the increased productivity of remote employees.

Another positive effect that remote work has on employees is the overall job satisfaction. Owl Labs’ remote work reports showed that 71% of remote workers are satisfied with their jobs as opposed to only 55% of on-site employees.

Finding the right work-life balance is a particularly sensitive issue in the tech industry, with sleepless nights, neglected private lives, and crunch modes that become the norm plaguing pretty much every niche.

It turns out that remote work might be just what the doctor ordered. At least according to Indeed, whose recent survey showed that improved work-life balance was the most obvious benefit that respondents felt when working at least some time remotely (more than 75% of them).

All the time not wasted on commuting, more sleep (we all know how bad lack of sleep can be), the ability to spend more time with family and generally being around loved ones more can definitely have a seriously positive effect on one’s work-life balance and productivity.

While a number of studies show that you can expect a bump in productivity stemming from remote work, there is a particularly interesting study that shows things aren’t that black or white.

Namely, a 2012 study by E. Glenn Dutcher shows that remote work will have contrasting effects on productivity, depending on the type of work that is being done. On the one side of the spectrum, we have creative work that benefits from a remote setting, and, on the other, we have dull, repetitive work that gets more difficult to do equally well in a remote setting.

In short, remote work is great for creative work, bad for dull work.

It should be pointed out that the study was quite limited in the number of participants (just more than 120) and that the author himself says it would be a mistake to over-generalize the results of his study.

One of the more ubiquitous experiences for people who have switched to working remotely during the Covid-19 pandemic has been video conferencing and other types of remote communication.

And while some may think not much is lost by communicating online, the science would not agree.

According to an expert in virtual communication, Stanford psychologist Jeremy Bailenson, there are certain aspects of online video communication that simply do not feel natural and make us become tired sooner.

For instance, he points out the constant eye-to-eye contact, which doesn’t actually happen in face-to-face communication where our gaze constantly moves. He also mentions the fact that with video meetings, we are actually much “closer” to one another than we would be in person, as we keep our screen much closer to our faces than we would actual people.

Bailenson also emphasizes the lack of natural, unstructured social interaction and exchange of ideas that happens in the workplace that cannot be replicated virtually. The absence of microexpressions and body language clues also impedes natural communication in a remote setup.

Another study that reinforces Bailenson’s statements is a very recent one by Masayuki Morikawa from RIETI whose respondents, “emphasized the loss of the valuable, quick communication that is only possible through face-to-face interactions with their colleagues.”

5. Loneliness can be serious

When we are talking about the negative sides of remote work, the most commonly reported problem is the feeling of isolation and loneliness that many people start to feel after some time.

For example, Buffer’s 2019 State of Remote Work report identified loneliness as the second-most common struggle that remote workers feel, closely following difficulties to unplug after work is done. Almost 20% of their respondents said that they feel lonely working remotely.

Another paper by Christine A Grant, Louise Margaret Wallace, and Peter Spurgeon pointed out that their interviewees felt that they were missing out on office interactions and relationships.

There is a particularly interesting VitalSmarts survey covered in a 2017 article on HBR, which tells an even more alarming story. The study in question asked more than 1,100 participants how much they agree with certain statements like:

Across the board, remote employees were more likely to agree with the statements, showing that they felt more than just isolated. They felt shunned and even ganged upon.

There are a few things that have to be pointed out here. For one, it can be dangerous making any generalizations based on a couple of studies (often limited in scope themselves). Moreover, many of the negative effects of remote work can be addressed by smart processes and better involvement from various people in an organization.

Finally, we need to be aware of the fact that nothing is normal now and that our abruptly introduced remote work reality is absolutely influenced by the other, often more serious, effects of the Covid-19 pandemic.

How Your Startup Can Benefit From Lead Generation Landing Pages

Remote Work Tools to Up Your Employee Management Game in 2021 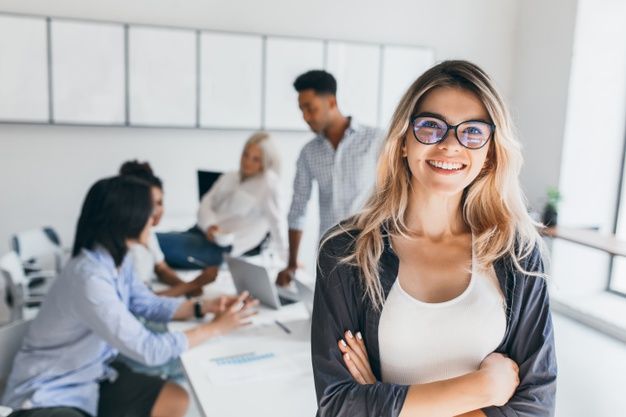